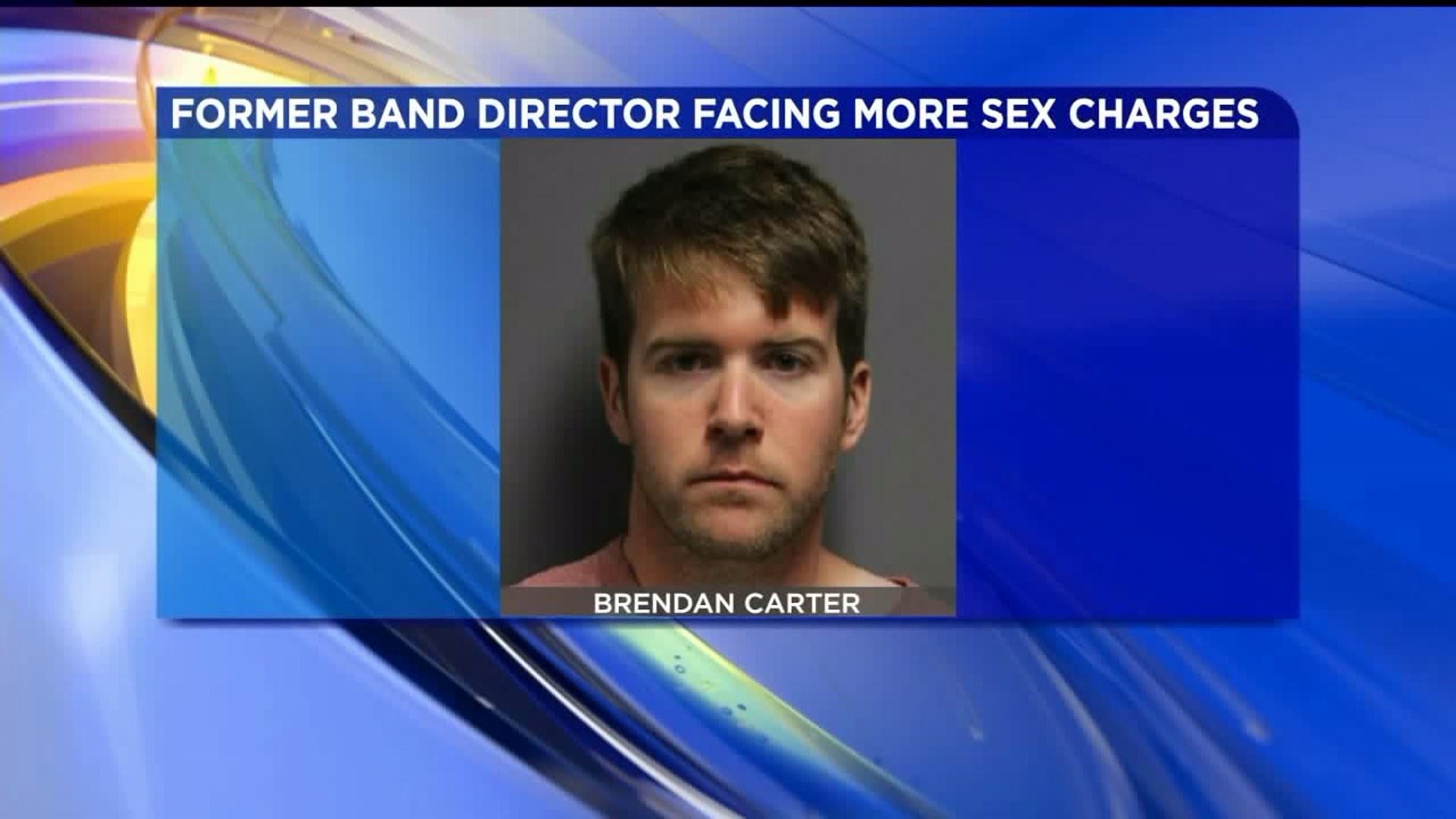 Carter, who was also the percussion instructor at Wyoming Area High School, was arrested in October of 2018 for having inappropriate contact with five students, and nude photos of students were found on his cell phone. Investigators say the crimes date back to 2015.

"I think we teach our children to respect and trust adults. We start off at a small age teaching them that," said Tammi Burke, the manager of community services at the Victim's Resource Center in Wilkes-Barre.

"Kids are really vulnerable and I think offenders look for people who are more vulnerable."

According to court papers, many of Carter's alleged victims did not come forward until after they graduated.

Burke says that is common among sexual assault victims.

"It takes a lot of courage. Just think about how often victims are blamed for what happens to them. No matter if it is your purse being stolen or victim of burglary or robbery, people find a way to blame. Think about sexual assault, how embarrassing that is to come forward and to be blamed but also to have to go into detail about the things that happened to you," said Burke.

Newswatch 16 contacted the school district's solicitor about the new charges against Carter. He says the district has made counselors available for students to talk to.

Burke says having a safe place to go is important for sexual assault victims.

"I think that's the most important thing you can tell a victim. So, if somebody came forward, even if you don't work in this field, just start by believing."