NANTICOKE, Pa. — More charges have been filed against a former police officer after another woman has come forward accusing him of sexual assault. The off... 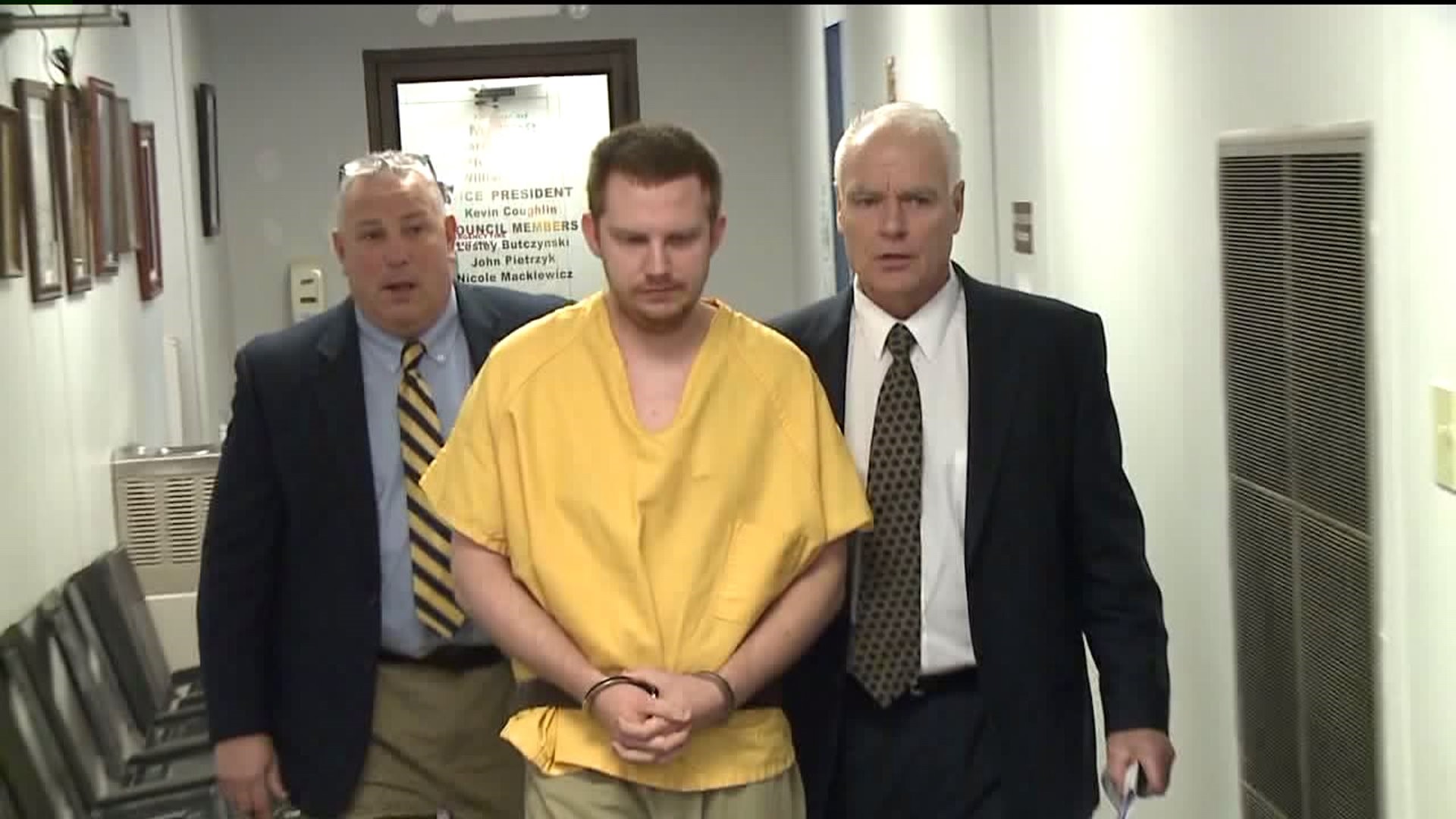 NANTICOKE, Pa. -- More charges have been filed against a former police officer after another woman has come forward accusing him of sexual assault.

The officer was first arrested two weeks ago for allegedly using his position to get sexual favors from women he pulled over in Luzerne County.

There are now three victims who have come forward with allegations against former Ashley Police Officer Mark Icker.

Mark Icker was led into a magistrate's office in Nanticoke to be arraigned on the new charges. He's the former Ashley police officer who was arrested two weeks ago for allegedly using his position as a police officer to force women into performing sex acts.

He's accused of pulling over two women on separate occasions in December of 2018 and asking them to perform oral sex in exchange for getting out of a ticket.

"I can say that we have had multiple victims come forward since the initial announcement of this incident and, of course, the initial arrest resulted in further interviews by the district attorney's office," said Luzerne County First Assistant District Attorney Sam Sanguedolce.

A third woman has come forward saying that Icker pulled her over for a suspected DUI in Ashley in June of 2018. She says after her car was towed, Icker gave her a ride back to her home in Mountain Top and then went inside with her.

Arrest papers say he pulled down the woman's shirt, felt her breasts, and then continued to text message her over the course of several months trying to set up a meeting to help her get out of the DUI charges.

"He's obviously used his position as a police officer to take advantage of people who were in his custody. The district attorney and people in this office take very seriously people who abuse their position," Sanguedolce said.

Icker was in court for a bail reduction hearing earlier in the day. That reduction was granted but once the new charges were filed and he was arraigned, his bail was revoked. He's locked up in the Luzerne County Prison.