LUZERNE, Pa. — You may see a police officer around Luzerne using a new set of wheels. It turns out it was a special gift. “Between Trans-Med, Aiello... 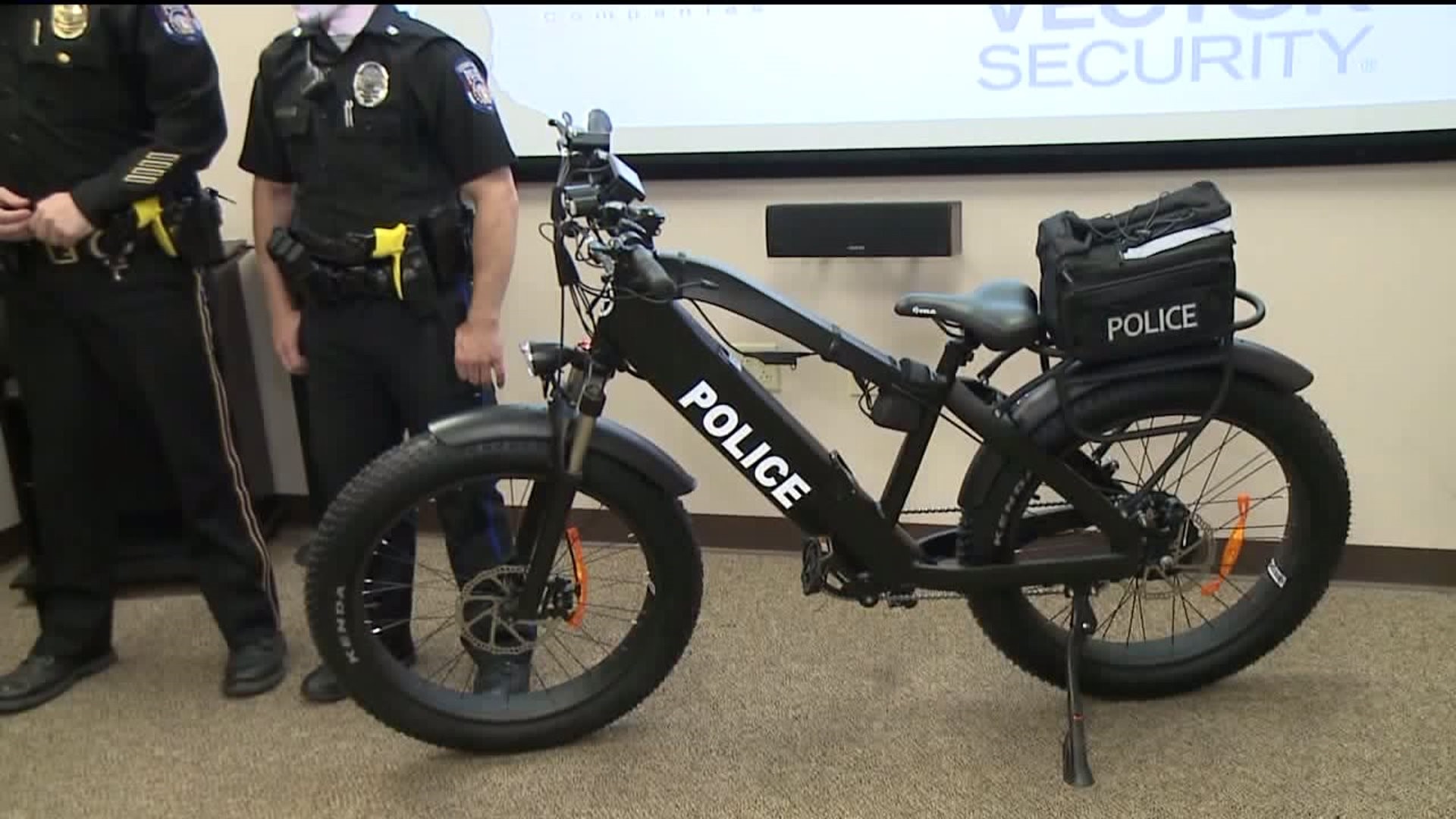 LUZERNE, Pa. -- You may see a police officer around Luzerne using a new set of wheels. It turns out it was a special gift.

"Between Trans-Med, Aiello, and Vector Security we said, 'Hey, let's pitch in and do this and make something good come out of a bad event," said David Prohaska of Trans-Med Ambulance.

The bad event David Prohaska is referring to is a bicycle crash on the Back Mountain trail. David Bass of Forty Fort was riding his bike on the trail last month when he ran into a rope someone had tied across the trail, leaving him banged up.

"I was just totally stunned. It took me a couple minutes to get my wits together and stand up," said Bass.

Bass says his incident served as inspiration for these local organizations to come together and give a $3,000 power bike to the Luzerne Borough Police Department.

"It's unfortunate but Mr. Bass if OK and it's something good and hopefully down the road, it will be even better," added Prohaska.

Emergency responders tell Newswatch 16 they are hoping this new gift will help respond to calls in places vehicles can't get to, like on the Back Mountain trail.

Bradshaw says this bike will also be used to patrol the trail on a regular basis, to try and prevent what happened to Bass.

"It's good that something good can come out of this. I hope it gets as much attention as the bruises did because this is a much better thing," says Bass.

Officers say the incident that left Bass with those bruises is still under investigation.