WILKES-BARRE, Pa. — A new law meant to protect domestic violence victims across Pennsylvania went into effect on Wednesday. Now, gun owners who have a PFA... 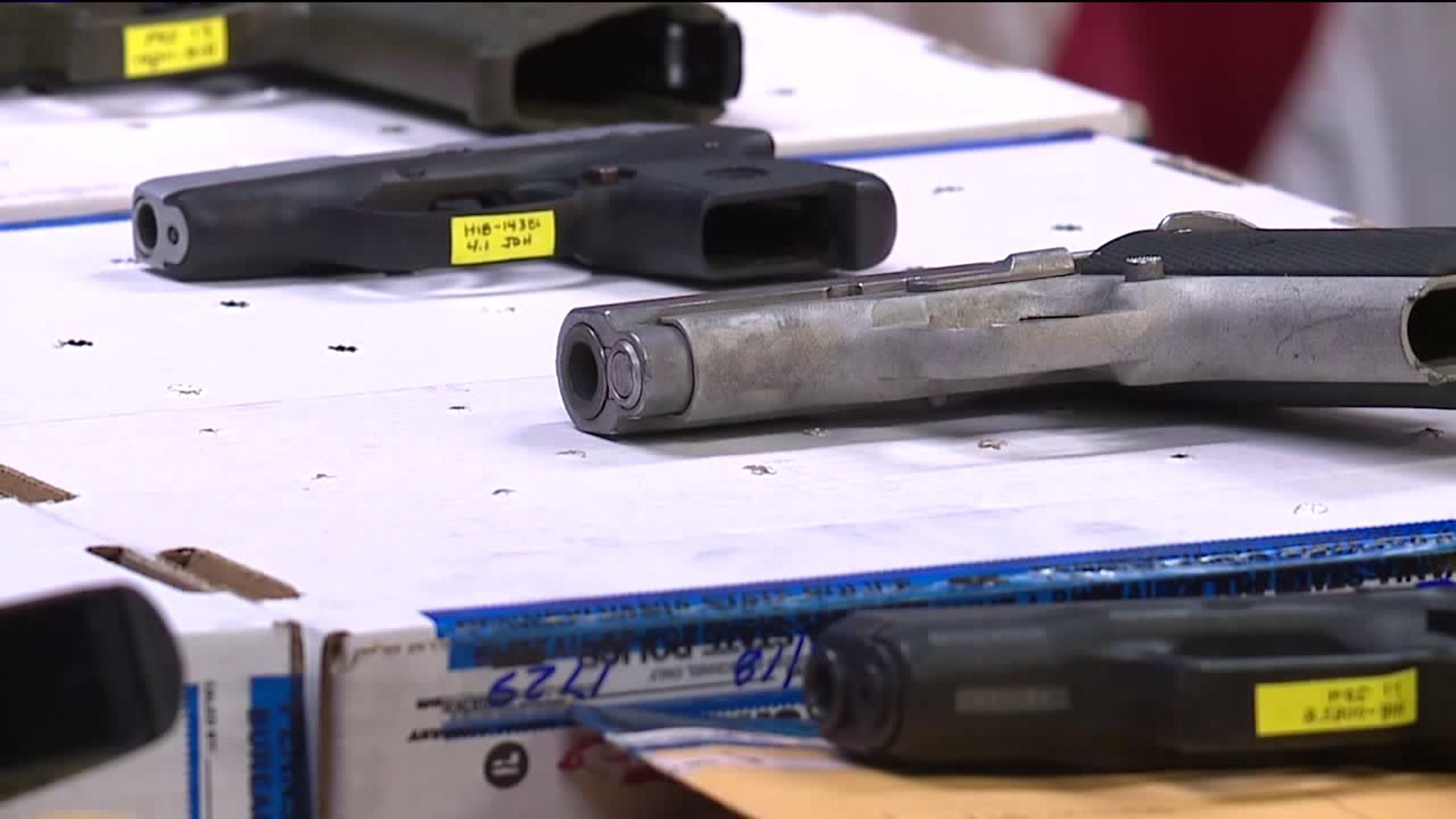 WILKES-BARRE, Pa. -- A new law meant to protect domestic violence victims across Pennsylvania went into effect on Wednesday. Now, gun owners who have a PFA against them will have to turn over their guns to law enforcement.

This new law was first signed in October, and instead of months to turn over weapons, as of Wednesday, gun owners with PFAs against them only have 24 hours to give their firearms to law enforcement.

Newswatch 16 spoke to the D.A. inside the county courthouse about what the new law means for gun owners who've been served protection from abuse orders, or PFAs.

"It is protection of our victims," said Salavantis. "They are in very difficult situations, and this a positive move for more protection for them."

According to the Domestic Violence Service Center, law enforcement responds to a domestic violence call about 24 times a day in Luzerne County.

Before this law was passed, those with a PFA against them could turn over weapons to family members, friends, or the sheriff's department. That has changed under the new law.

"Anybody that is charged with a misdemeanor domestic violence offense, they must turn in their weapons to local law enforcement where the defendant resides within 24 hours," Salavantis explained.

The D.A. says law enforcement will be notified whenever a PFA is issued. That way, police will know who it is, and who has to turn in guns.

"It is outlined in Act 79. The local law enforcement will receive a court order, and they will be notified with the requirements that are placed on the defendant when they must turn in their weapons," said Salavantis.