WILKES-BARRE TOWNSHIP — Concern about the safety of shoppers prompted the owner of a busy shopping plaza near Wilkes-Barre to get crosswalks installed. It... 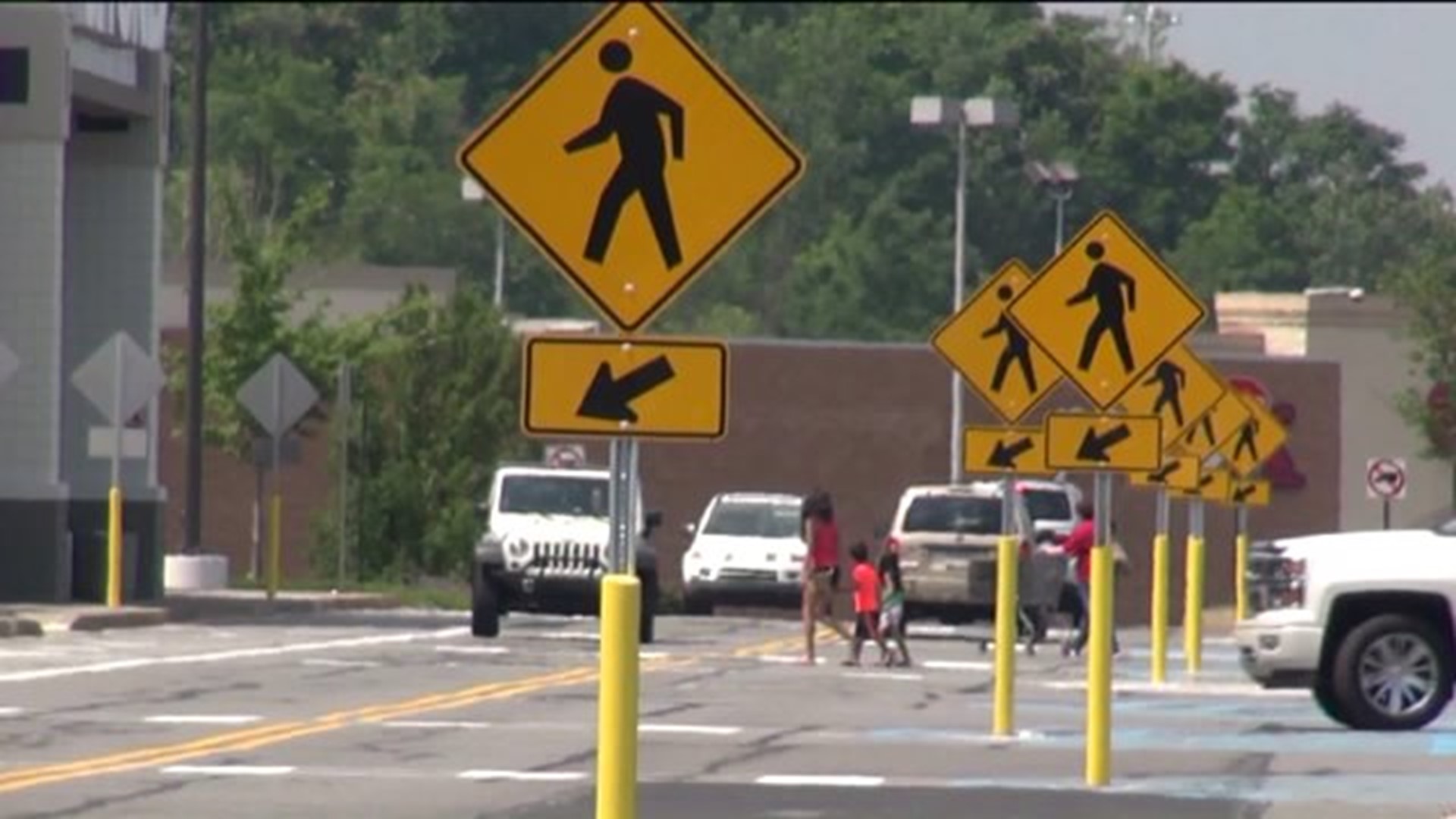 WILKES-BARRE TOWNSHIP -- Concern about the safety of shoppers prompted the owner of a busy shopping plaza near Wilkes-Barre to get crosswalks installed.

It cost just over $10,000 to put in about a dozen crosswalks at the Arena Hub Plaza in Wilkes-Barre Township.

The owner wasn't required to, but decided it was better to be safe than sorry.

Donna Rybka of Dallas shops at the plaza often.

"It's terrible! I park usually a distance and come up. By the time you get here they have no courtesy at all. They just whiz right by you. They have no respect for the pedestrians," Rybka said.

"I had no idea they would even think of doing something, but that is commendable."

The crosswalks were put in after one of the businesses here spoke to the owner of the plaza, concerned about drivers speeding along this stretch of it. The owner came down himself and decided something should be done before someone gets hurt.

Ben Gandomski owns M Mayo Striping. His company was hired by plaza owner Robert Tamburro to put in all the new crosswalks.

"We sat down in the board room. We talked about what way we wanted to go. Once we got a general consensus of everything. Mr. Tamburro pulled the trigger and was like let's get it done!" said Gandomski.

Gandomski says while they are new, the crosswalks are working.

"They're slowing down. I mean, if you look at it now. You can see that the cars are creeping just 5 to 10 miles an hour."

"I think in today's society, every business is struggling to make a profit, to make money, and it is really nice that he stepped up or she stepped up and decided to make sure the patrons that do come to his business are safe," said Timmie Ott of Clarks Summit.

The crosswalks were put in over the past couple of weeks. The owner said they were strategically placed at the busiest sections of the plaza and near handicap parking.