An athletic director and a concert venue manager both tell Newswatch 16, "it's a step in the right direction." 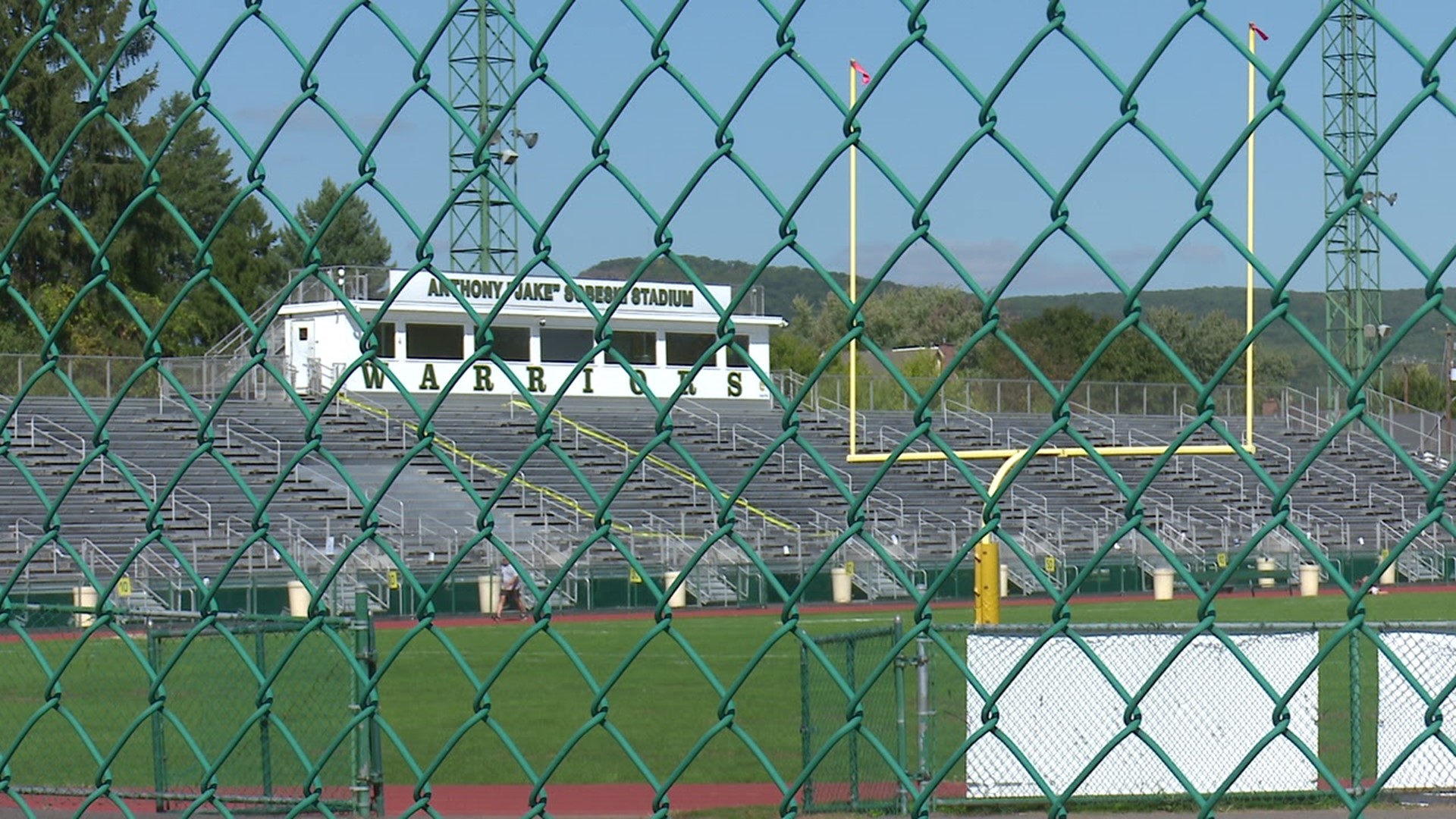 "So our seating inside for volleyball will probably go to 150, and our seating for outdoor events at the stadium will be approximately 1,100. That doesn't mean that we're allowing anybody in off the streets. We're gonna need to sit down with our administration and our board and come up with our parameters," said Wyoming Area School District Athletic Director Joe Pizano.

Wyoming Area only has one home football game left. But as the school district has heard from thrilled parents today - watching one game from the stands is better than none.

"They've been waiting to see their kids play, and they have seniors that they've waited for 18 years of the kids' lives for them to get on the field or get on the court," said Pizano.

It's welcome news too for some of the first places to shut down back in the spring - concert venues.

Mohegan Sun Arena near Wilkes-Barre can start allowing as many as 1,500 people inside.

For a venue that's used to hosting 10,000, it's a far cry from what staff considers "normal," but they say it's a step in the right direction.

"Naturally, you start to wonder, well, if it's 25 people at a restaurant versus 25 people in a humongous arena, those are two different things. I also understand the governor's in a tough spot. He's in a no-win situation, you can argue," said General Manager Will Beekman.

The arena has had to cancel or postpone more than 60 events since March. Under these new capacity limits, those events won't be coming back. The focus now is on setting the stage for new events that are in accordance with state guidelines. It'll require some creativity.

The venue is looking into things like making all faucets have automatic sensors and an app that allows people to order food and beverage from their seats to limit or reduce the number of people gathering on the concourse.