KINGSTON, Pa. — The demolition of an old pharmacy in Luzerne County has members of the community wondering what could take its place. People who work and ... 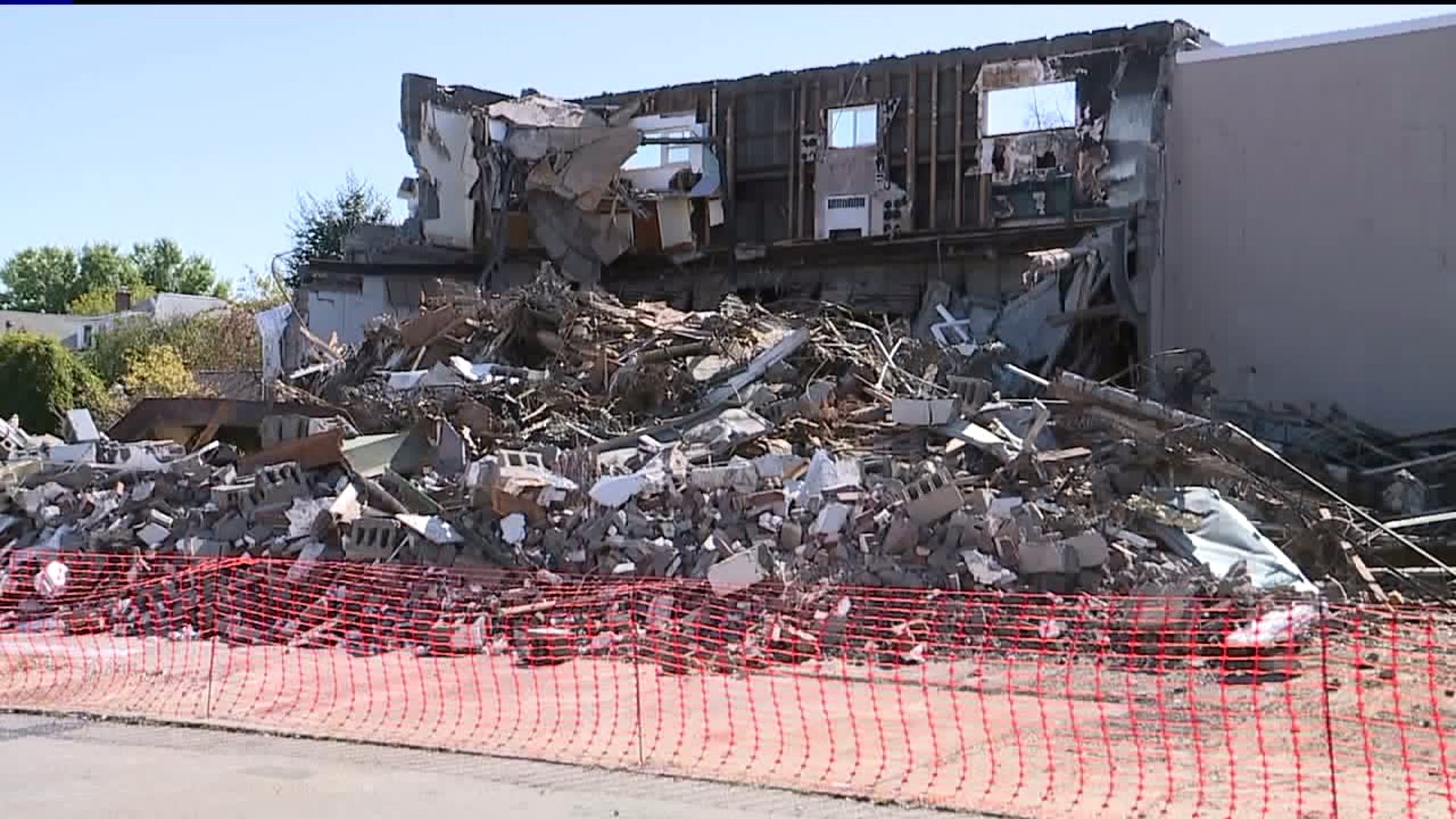 KINGSTON, Pa. -- The demolition of an old pharmacy in Luzerne County has members of the community wondering what could take its place.

People who work and live in Kingston say, for close to two years, the former CVS building on Market Street has been empty.

"Just an eyesore, nothing. It's been dead," Julie Bull said.

However, this week, construction vehicles popped up and started making changes.

"They started knocking that end of the building down where the apartments were yesterday, so you know, we'll see," said Bill Smith of Kingston.

Bull manages the Pure Lavi Salon nearby and hopes the activity means a new neighbor she and her coworkers can take advantage of.

"We got ice cream. We got hair. We got food, so I think we need a good coffee place," Bull suggested.

People in the neighborhood agree.

"Because, I mean, Dunkin is quite far. You need to go to Edwardsville, or on Wyoming Avenue, so I think that would be awesome," said Abigail Francisco of Kingston.

"I would love to see more restaurants and coffee shops, things like that," said Catherine Heverline of Kingston.

Borough officials in Kingston tell Newswatch 16 they are not at liberty to discuss what is planned for the building right now, but people that live nearby who attending a zoning meeting with the building's owner say the owner was receptive to their ideas on what should go there.

"Kind of waiting to see and anticipating, so hopefully, it will work out," Smith added.

Bull says new neighbors wouldn't just get rid of an eyesore, she thinks it would also be good for business.

"I do because then more people will be in and out of that parking lot. Therefore, it will give us more opportunity to be seen since we just moved here in November, so it would be nice for us to have more drive-by activity," Bull said.

Newswatch 16 did reach out to the man who owns the building. He did not get back to us about his plan. The borough says it will be about two weeks before they can announce what is slated for the spot.