WILKES-BARRE TOWNSHIP, Pa. — There’s snow along the side of Interstate 81 in Luzerne County right now, and traffic is moving just fine, but sometime... 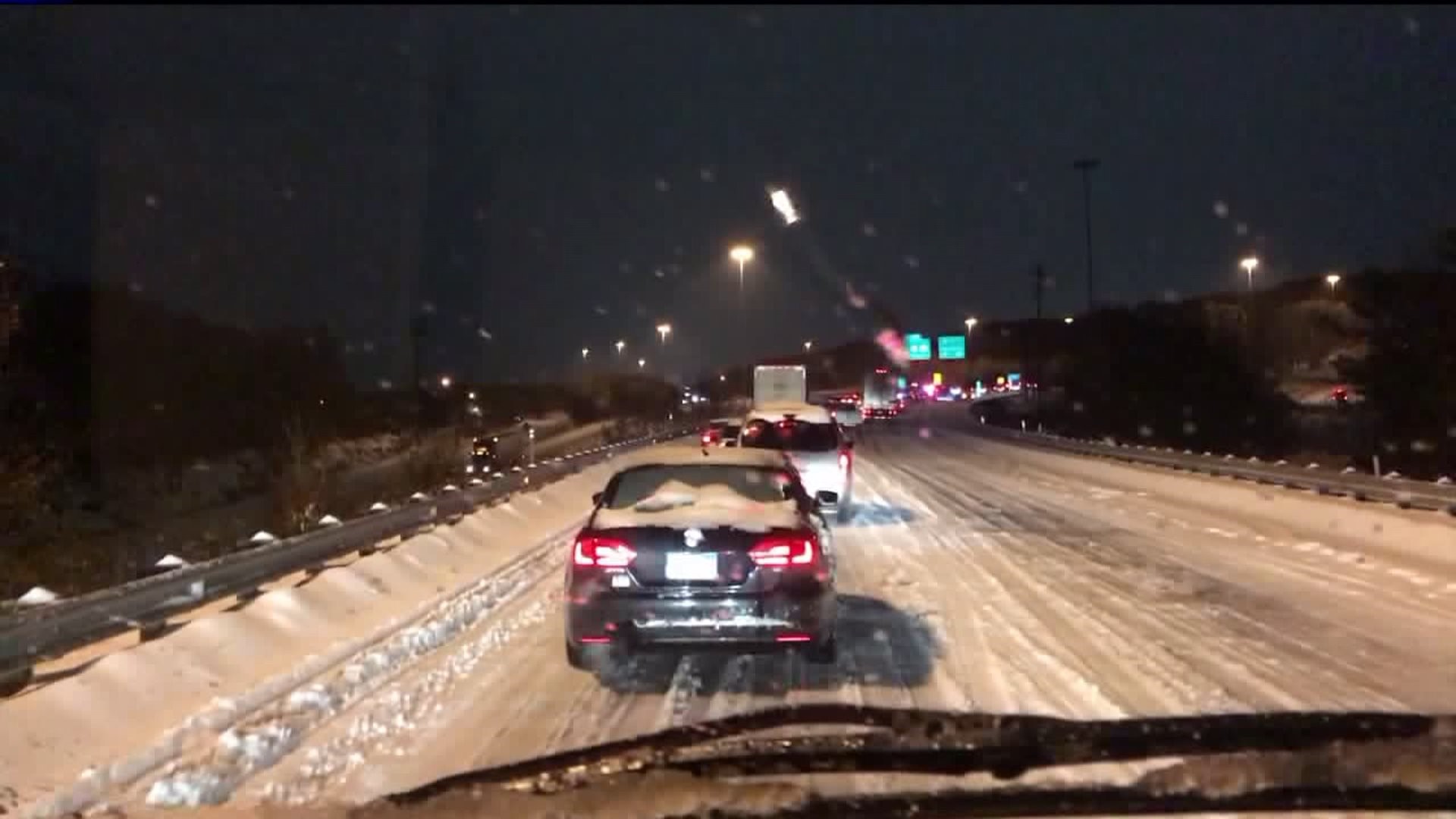 WILKES-BARRE TOWNSHIP, Pa. -- There's snow along the side of Interstate 81 in Luzerne County right now, and traffic is moving just fine, but sometimes, during more serious weather events, that's not the case.

Now, PennDOT says it's going to try out a pilot program to try and prevent backups during winter storms.

"Any time that we go to 45 mph on the interstates, we'll also implement a restriction for the trucks. They will have to remain in the right lane," said PennDOT official James May.

This is an effort to keep trucks on the roads and moving during the snow, but PennDOT could still ban all truck traffic on the interstates during big storms.

The new restriction is receiving mixed reviews among truck drivers.

"That's a good idea for big trucks, yes. Keeps the lanes clear and the hammer lane for cars. Then it doesn't get all congested, and trucks are able to keep moving," said Robert Reakes of Hunlock Creek.

"If you put every truck at the same speed, that means every truck that you're already looking at is going to be all clumped together, and so whoever thought of that is not a genius at all. They're trying to really like just jam up the whole United States," Roosevelt Glenn said.

PennDOT hopes this new restriction will keep things moving while keeping everyone safe on the interstates.

"We're hoping it's a good compromise where they can still keep moving. They can still be out there and make a living and keep the commerce going but also do so that is safe for the public," May said.

"Can't control it so by you enforcing the law, that actually creates more havoc and more confusion and more crowdedness. It doesn't even make sense," Glenn said.

"There's going to be events where you are going to have to get out in the other lane to move around traffic but let's give it a shot see how safe it works," Reakes added.

The lane restriction will be tested next time the speed is restricted during a weather event out on the interstate.