NeuroTraining and Research Center at Wilkes

WILKES-BARRE — Wilkes University continues its growth into downtown Wilkes-Barre. On Thursday, it opened a new research center. The university is also loo... 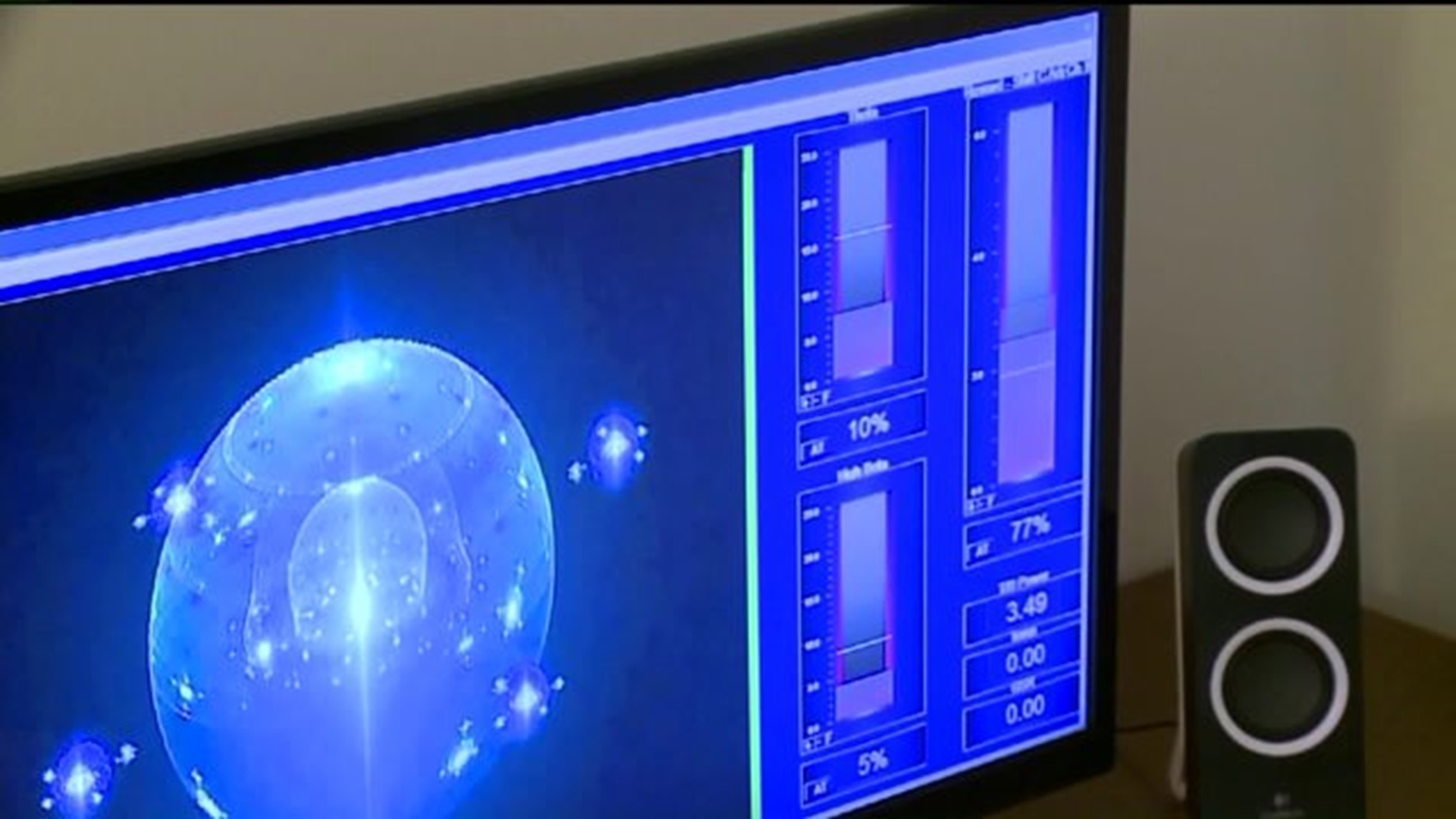 The university is also looking to expand again near Public Square. Wilkes University is growing its engineering program. The school is planning to move some classrooms and labs into vacant offices on South Main Street in downtown Wilkes-Barre. The university wants to remodel the building with state of the art equipment.

While that's happening, the university's neuroscience department launched  a new research center on another part of campus.

The facility offers Wilkes Students and faculty treatments to relieve stress, as well as internships to Psych majors like Alex Rodino.

"The idea is actually kind of new, just having a center where all the modalities are held is an idea we never even heard of," Rodino said.

Rodino is overseeing a program that helps people like Evenlyn Cabrera improve focus by learning to control certain body functions, like breathing. It's called biofeedback.

"It'll help you, like when you're studying. It's honestly great because it'll help you be more relieved and less stressed," said Cabrera.

The audio-visual treatment is supposed to calm your nerves and lower your blood pressure.

"This is very relaxing actually. It kind of makes you want to fall asleep," said student Kate Smith.

"We have a lot of our athletes who use this facility because they want to be focused for their sport," said Wilkes professor Ed Schicatano.

"It can totally help with tests, exams, studying, just focus, anything along those lines," said student Karly Mason.

The equipment alone for Wilkes' new research center cost about $15,000, but an even bigger investment will be the building on South Main Street that could house part of its engineering program. There's no timetable for that yet. The school wants to make sure the city will allow it to make changes for classrooms and labs before it buys the property.