The chase spanned two counties in pursuit of a man wanted on a homicide parole violation. 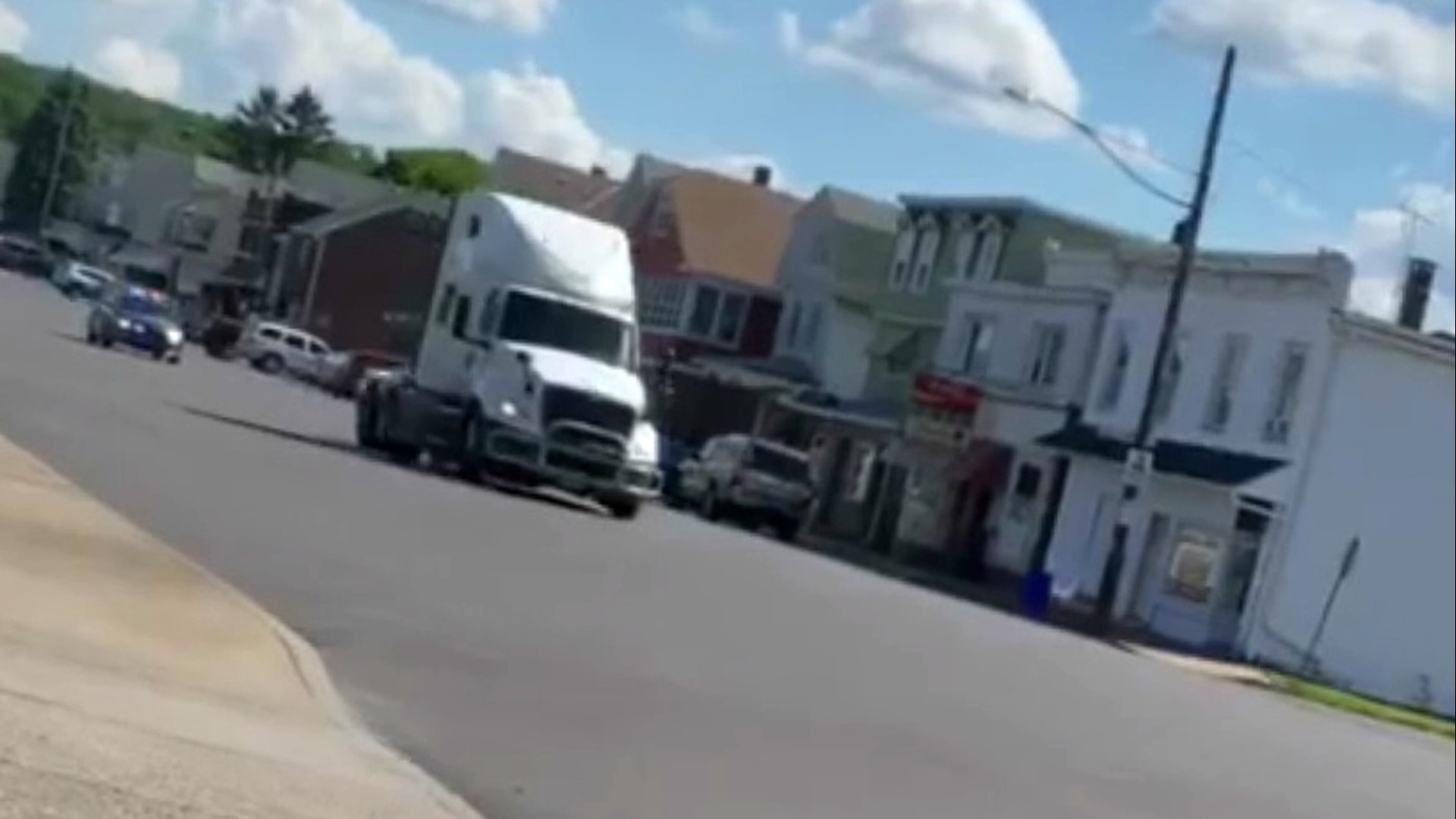 HAZLETON, Pa. — Police are revealing new details about the victim of a police shooting in Luzerne County Sunday night after a police chase through two counties. The chase ended at a park along Beech Street in Hazleton.

The man killed by state police gunfire was Wade Meisberger, 48 of Whiteland, Indiana.

"The life-threatening speeds at which he came through our streets is extremely, extremely a potential for hazard. It's unbelievable," said Sara McNelis.

Video of the chase was taken by a viewer.

Troopers report Meisberger was wanted for a parole violation in connection with his murder conviction from the early 1990s. He made "America's Most Wanted" for killing his childhood friend and stealing his car. He's been out since 2007 on the murder charge, but according to outlets in Indiana, he did another prison stint on other charges from 2012 to 2015.

State police would not say what the man did to violate his parole, but they say U.S. Marshals pulled over a truck in Frackville on Monday, hoping to apprehend him peacefully.

Meisberger was a passenger in the cab at the time of the traffic stop. During the traffic stop, the driver and Meisberger both got out of the truck. Meisberger then got back into the truck, this time in the seat. Alone in the truck, he led police on a chase through Schuylkill County all the way to Beech street In Hazleton. State police say he pointed a gun at police several times during the chase and ended up barricaded inside the truck cab. He spent hours on the phone with state police negotiators and members of his own family, urging him to surrender peacefully.

After several hours, police say Meisberger fired shots at them. State police returned fire at Meisberger, and he died at the scene.

"It was heartbreaking. I heard them say, 'Wade, surrender, surrender,' but he didn't. He even talked to his mom, and he told his mom that he wasn't coming home and that he wasn't going back to jail," Joann Voyda recalled.

Neighbors report sheltering in place for nearly five hours. We spoke with some who finally came out to check out the scene.

State police were also back at the park collecting evidence for their investigation.

"He knew what he did. At this point, it's tough to get in someone's head. Our negotiators were doing a great job trying to end this peacefully, three hours, multiple shots towards law enforcement," said Trooper Anthony Petrosky.