LUZERNE COUNTY — Construction season is here. The orange cones and flashing lights are out and transportation officials and workers are urging drivers to ... 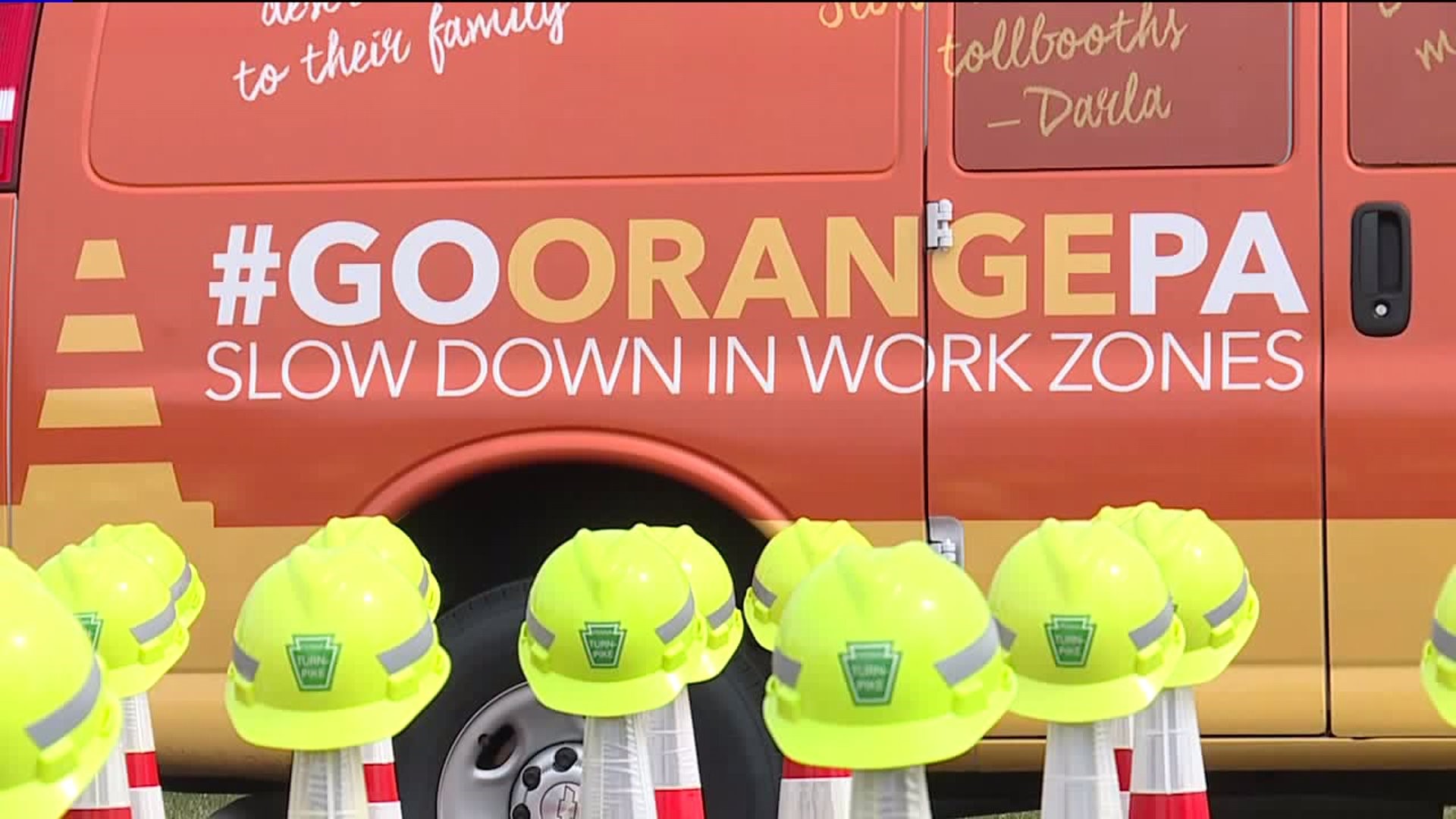 LUZERNE COUNTY -- Construction season is here. The orange cones and flashing lights are out and transportation officials and workers are urging drivers to be careful in work zones.

"When we do any closures on the main line bridge we have to do it at night and at night, it's very dangerous, we're working behind traffic cones and traffic doesn't seem to realize. They don't slow down, they have all the warnings but they just don't apply," said Tom Tasco of Nyleve Bridge Corporation.

Tasco and his crew are working on the Cross Valley Expressway in Luzerne County. He always worries when workers are on the roads.

It runs next week from April 8 through April 12.

On display are  45 cones and construction helmets as a memorial to 45 Pennsylvania Turnpike workers who lost their lives on the job.

One turnpike worker, who was hit by a tractor-trailer two and a half years ago, spoke out.

"I should not be here, you are talking to a dead man walking," said Michael Kates.

Last April, three PennDOT workers were hit and injured while patching potholes on Interstate 80 near Blakeslee.

According to PennDOT, 89 workers have been killed on the job since 1970.

"That 3,000-pound vehicle is not a match for a 160-pound man or a human being. So slow down, pay attention to what's out there," said PA Turnpike Commissioner John Wozniak.

State law requires drivers to use their headlights in work zones, even during daylight hours, and follow reduced speed limits.

Drivers going 11 miles or more over that limit will be fined and could lose their licenses for 15 days. 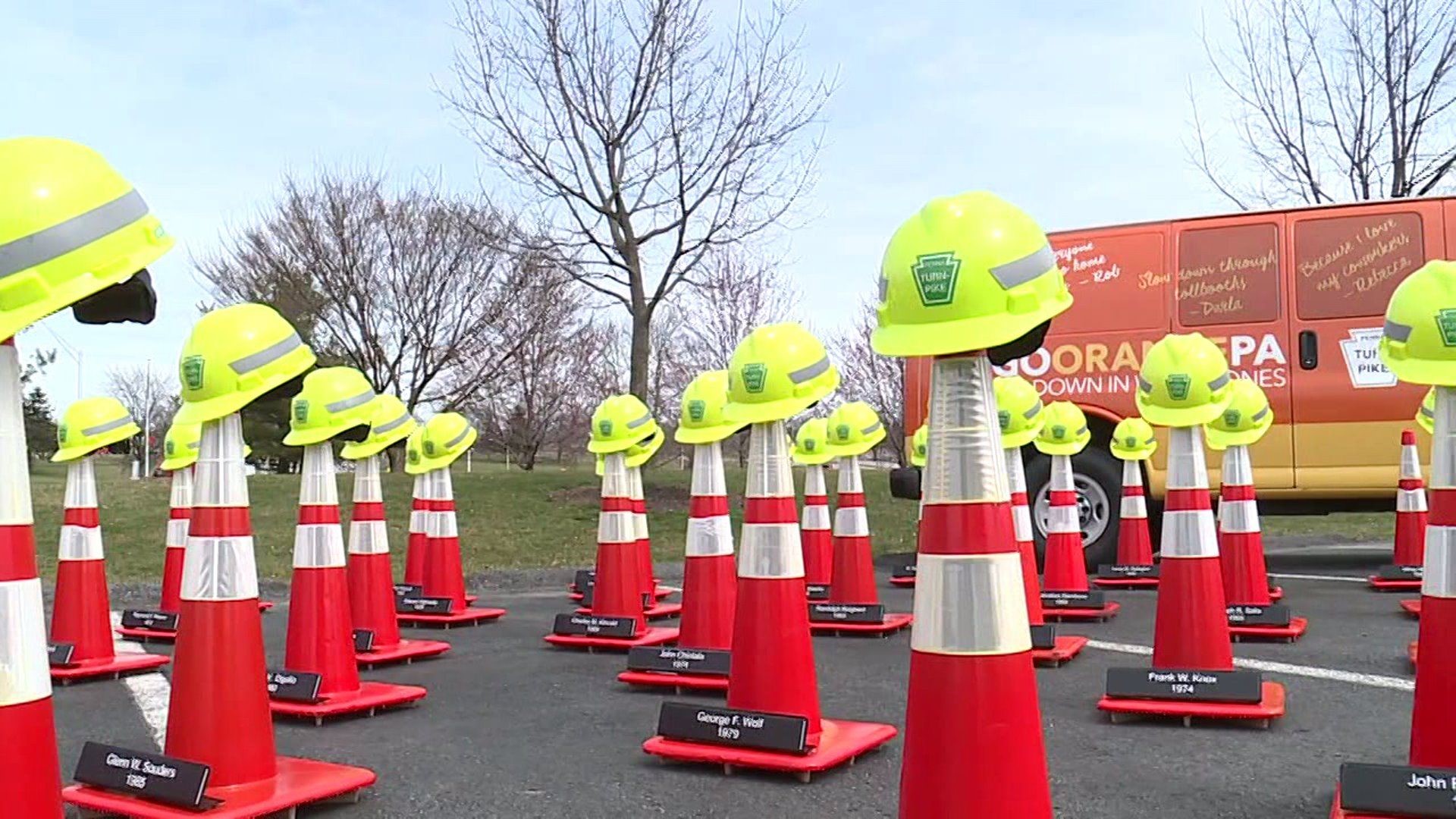