Naloxone is now available at seven airports in Pennsylvania, including the Wilkes-Barre/Scranton International Airport and Williamsport Regional. 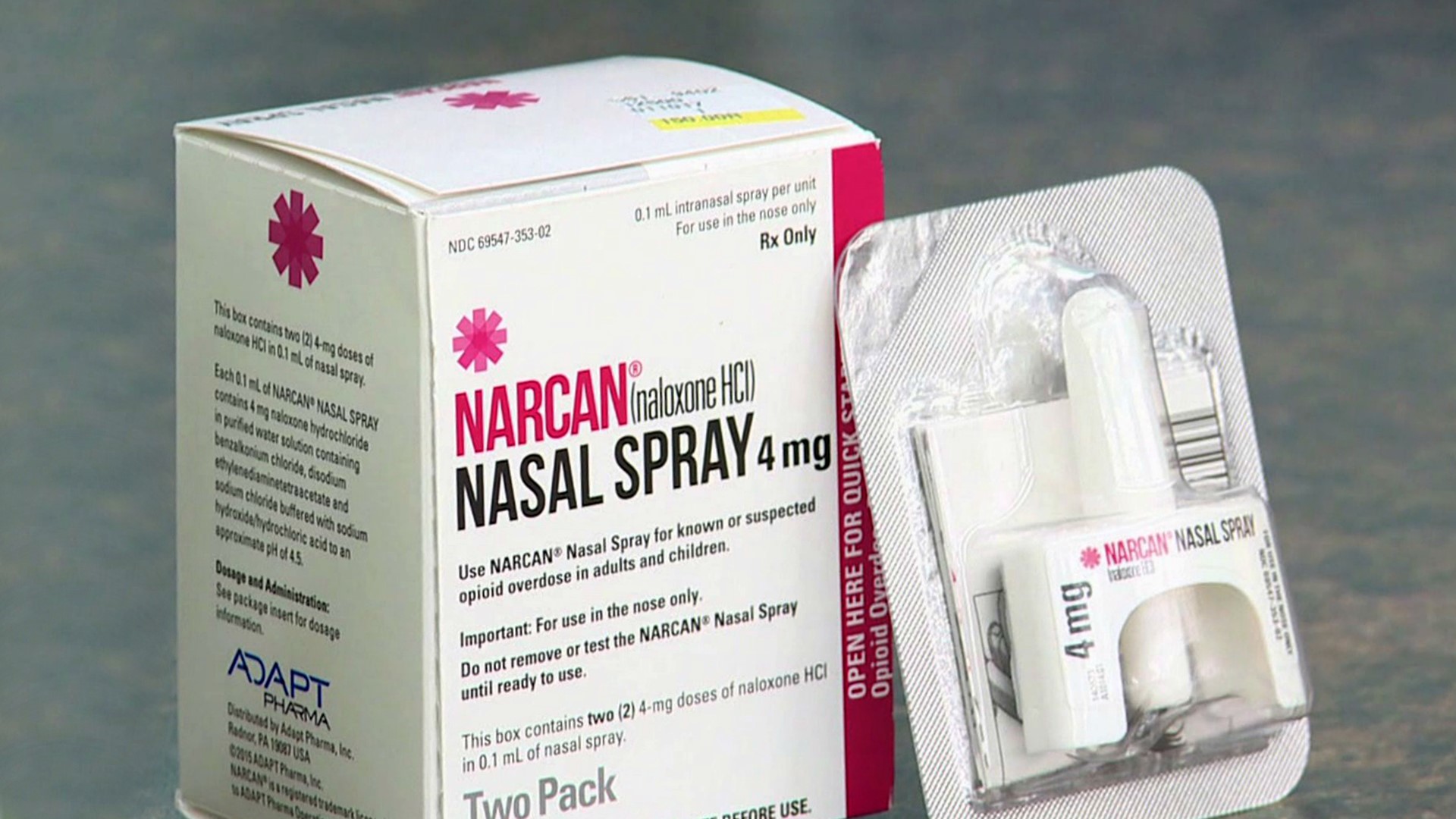 While you might not think it belongs in a place like this, state officials say: think again.

"It's better to have and then not use it than to not have it when you actually need it," said Ray Barishansky, Deputy Secretary of the State Department of Health.

Naloxone is now available at seven airports in Pennsylvania, including the Wilkes-Barre/Scranton International Airport and Williamsport Regional.

It's kept with first aid and other health kits and will be available for first responders to use in emergencies.

"We have to have it these days because of the possibility someone could get really sick," said Ben Yatko of Hanover Township.

In the past year, state officials said there have been overdoses at Pennsylvania airports.

"If people come to the airports and they're using drugs and if they by chance do happen to overdose, I mean it is a good thing," said Chris Haase, who lives in Kingston.

"Unfortunately, it's one of those things that we need anymore. People are, it's an epidemic, it truly is. Kids, they take it as a recreational drug, and they think they're having a good old time and they overdose, and it's a tragedy," said Tom Huffsmith of LaPlume.

State officials said they hope to one day have Naloxone at all airports in the state.