NANTICOKE, Pa. — Police in Nanticoke plan to file charges against a driver accused of hitting an elderly man with his car and then driving away. Police sa... 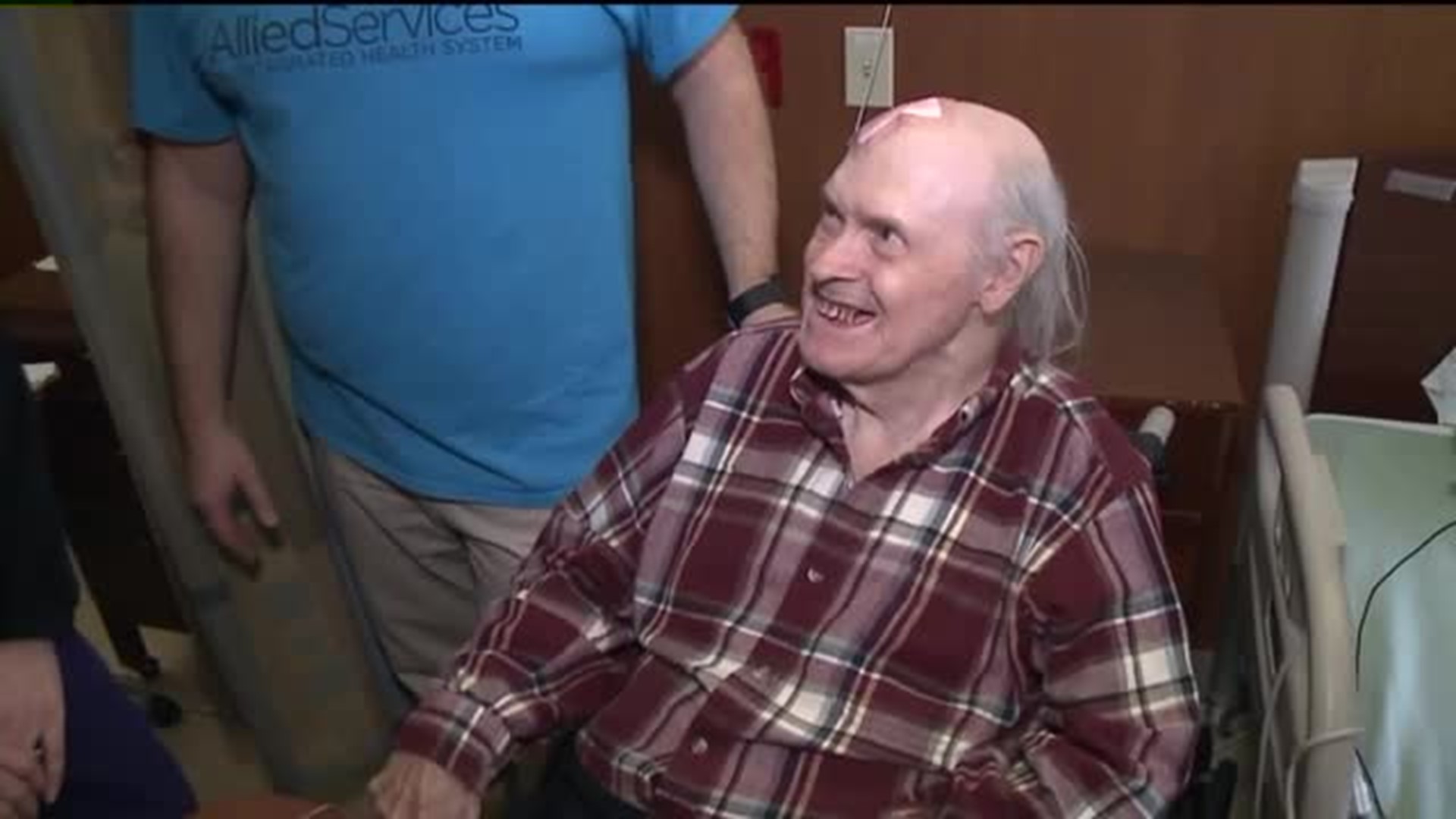 NANTICOKE, Pa. -- Police in Nanticoke plan to file charges against a driver accused of hitting an elderly man with his car and then driving away.

Police say the driver confessed to hitting the victim with his car. They're still investigating and have not yet filed charges.

Harold Rinehimer, 78, of Nanticoke captured our hearts a year ago. We did a story on him as workers at his favorite restaurant, Burger King, threw him a birthday party.

Harold has walked up to the restaurant in Nanticoke every day for the last two decades.

But Harold is now a patient at the Heinz Rehab Hospital.

On January 20, Nanticoke police say a car hit Harold on South Market Street in Nanticoke as he was walking to Burger King for dinner.

The driver did not stop.

Nanticoke police have been investigating this hit and run ever since it happened. They say they have gotten a confession from the driver. They hope to file charges against him soon.

"He has to pay now for everything he's done. there was no reason for it at all. You should be more careful," Harold said.

Harold suffered a broken leg, broken ankle, and broken ribs from the crash.

He has to do physical therapy for three hours each day.

Staff at the Heinz Rehab Hospital say he has made significant progress.

"Not everybody handles it as well as Harold does," said physical therapist Walter Slivinski. "He's actually doing quite well. His spirits stay high and he just works hard every day, but for some people, this is devastating. They really don't bounce back quickly and he's bouncing back very quick from this."

Just as Harold's infectious spirit and million-dollar smile have captured our hearts, it's also done the same to his nurses at the rehab facility.

"He makes everybody happy and he's just a joy to be with," said nurse Karen Phillips.

Harold has already informed us that his first stop after he gets released will be Burger King. He can't wait to be back out on his own so he can thank all of the people who have sent their good wishes.

"Thank you very much for helping me out in the community and the town. Maybe someday I'll do something for you, so God bless you."

Harold expects to be released from the Heinz Rehab Hospital in about a week.