Music Go Round to Reopen

WILKES-BARRE TOWNSHIP, Pa. — Music Go Round in Wilkes-Barre Township will reopen Friday. The store’s owner, Harry McDonnell, showed us around his ne... 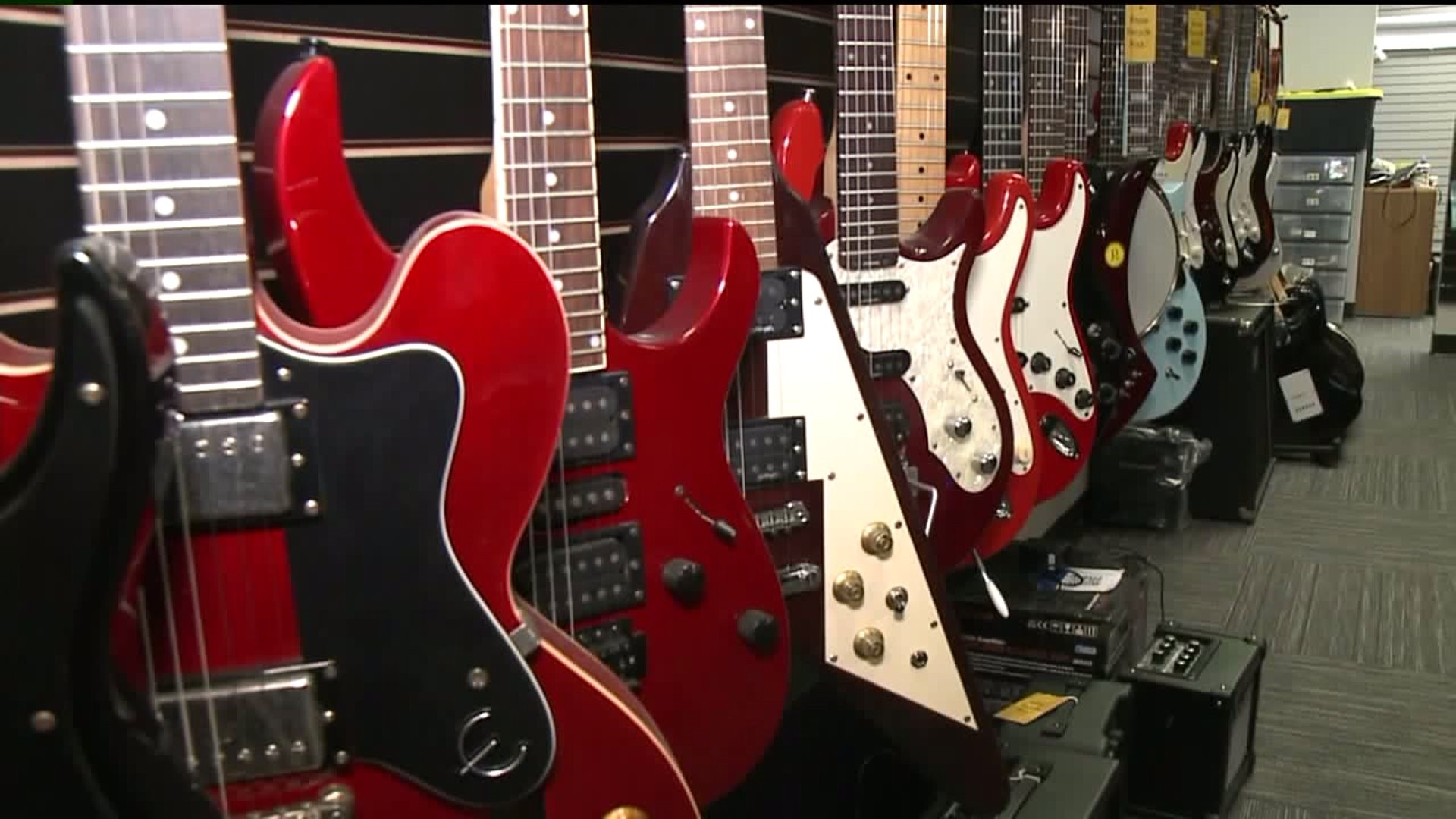 The store's owner, Harry McDonnell, showed us around his new location. The store sells mostly used guitars and other musical instruments.

It's one of the businesses that was damaged by the tornado that hit Wilkes-Barre Township last June.

"It's been a long, hard event," McDonnell said. "The whole thing was. Obviously, devastating at the beginning. We have our employees to be concerned about, and everybody pretty much hung in with us, and we're ready to get back in business."

When the tornado hit, the store was on Mundy Street. Now, it is on Kidder Street in the Triangle Plaza.

"It's the right size," McDonnell said. "It's in a very obvious location. There's a nice parking lot for us. It's got all the right ingredients to run our business."

McDonnell said he was able to save most of his inventory after the tornado.

"Luckily, in our previous location, we were kind of enclosed by some of the other retailers that were there," McDonnell said. "Our office was damaged, and our storage area had some damage, and the store very little. We had a little water in one corner of the store and everything else was just hanging on the walls like it is here."

He's run the store for about 20 years and he's ready to get back to serving his customers.

"It's been a long time and people do find other places to go, but we are a little unique because we are primarily used gear, and there's a lot of people where that's what they're interested in buying," McDonnell said.

The store just needs a few finishing touches. It will reopen at 10 a.m. on Friday.