The museum is dedicated to the history of the greater Shickshinny area. 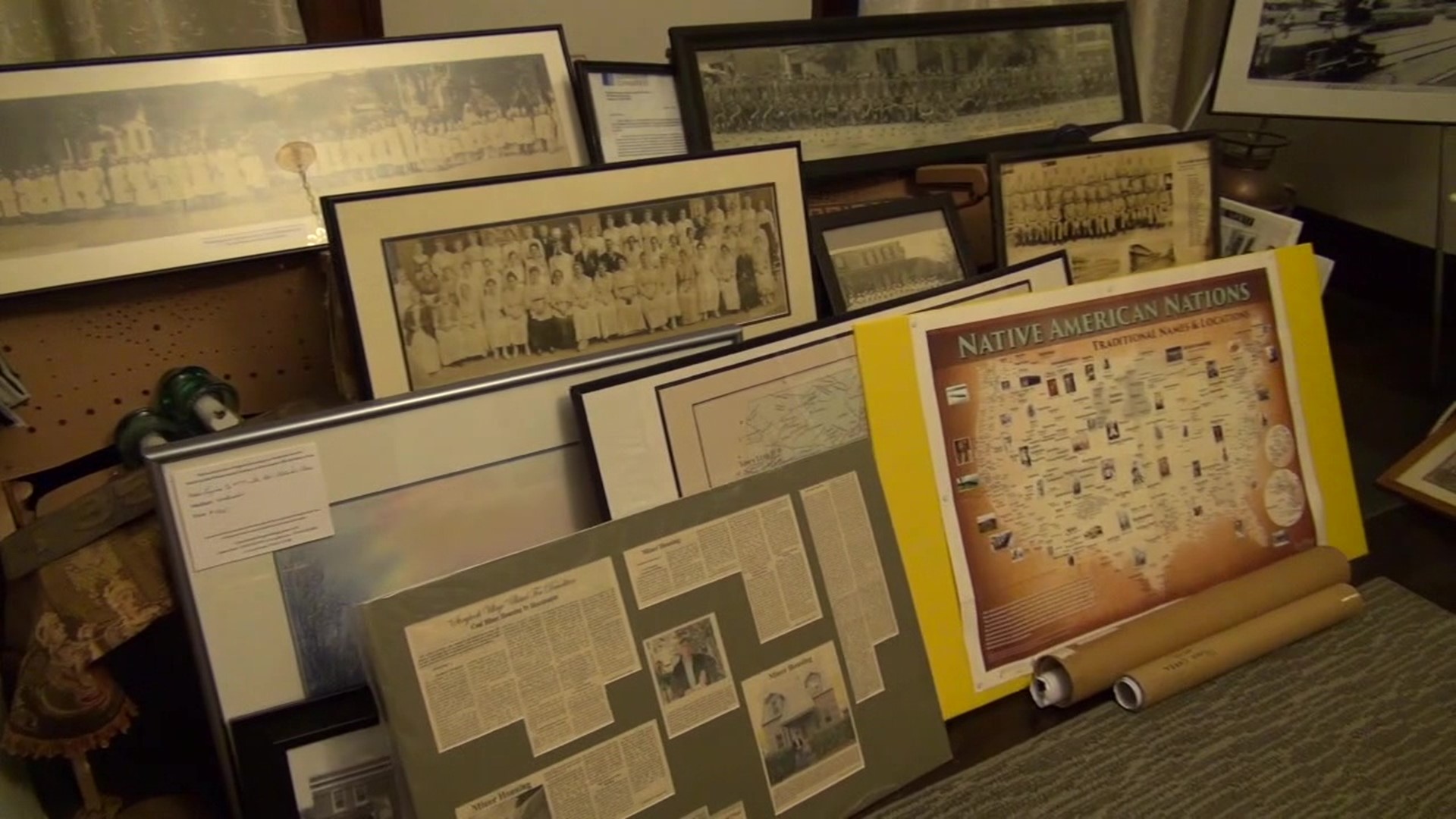 SHICKSHINNY, Pa. — After years of planning and applying for grants and a delay in construction because of the pandemic, a new museum in Luzerne County is just about finished and will soon be open to the public.

The last time Newswatch 16 was at the FLT Building in Shickshinny, construction was just getting underway. About ten months later, the project is nearly complete, and the second floor of the building is now a museum.

RELATED: Preserving history during a pandemic

"People want to continue to give us things, and I'm glad that they have preserved them because so many times, they pass away, their house gets cleaned out, and everything gets thrown in the dumpster. Then it's lost forever; it's never replaced," James Bach explained.

Bach is the president of the Business Association and on the board of the Historical and Preservation Society of the Greater Shickshinny Area and had a role in finding and purchasing the building.

This FLT Building is one of the oldest buildings still standing in Shickshinny, so it only makes sense that it belongs to the borough's business association and historical society.

In 2004, the two organizations bought the FLT Building, named for Friendship, Love and Truth, to collect and store historical items from the greater Shickshinny area. Everything was kept on the first floor, but then the 2011 flood happened.

"Fortunately, we had this upstairs where we could move everything up here to save it, so it didn't get lost. Then, of course, once people became aware of what we had, we had more and more people donating items."

After the flood, members of the business association and the historical society decided to start work on the upstairs of the building. For years, they applied for grants and raised money. And now, all those photos, newspapers, and artifacts are on display at the FLT Museum.

"It's just unbelievable to me that we finally got to this point. It took us so long to get here, but it's a benefit to the whole area."

There are sections in the museum dedicated to different things like wars and coal mining.

One thing on display is a newspaper from October 1931. The front page of the Mountain Echo, Shickshinny's old newspaper, reports a mining accident and six missing men.

Another thing on display at the museum is a miner's lamp; it was donated just a few weeks ago.

Members of the historical society were able to connect the two items. The lamp was used to rescue two of the six men from the reported accident. This is just one of the many stories you can learn at the FLT Museum when it opens to the public in just a few weeks.