A man in Wilkes-Barre is hoping a new Facebook page will entertain and teach you some things in the process. 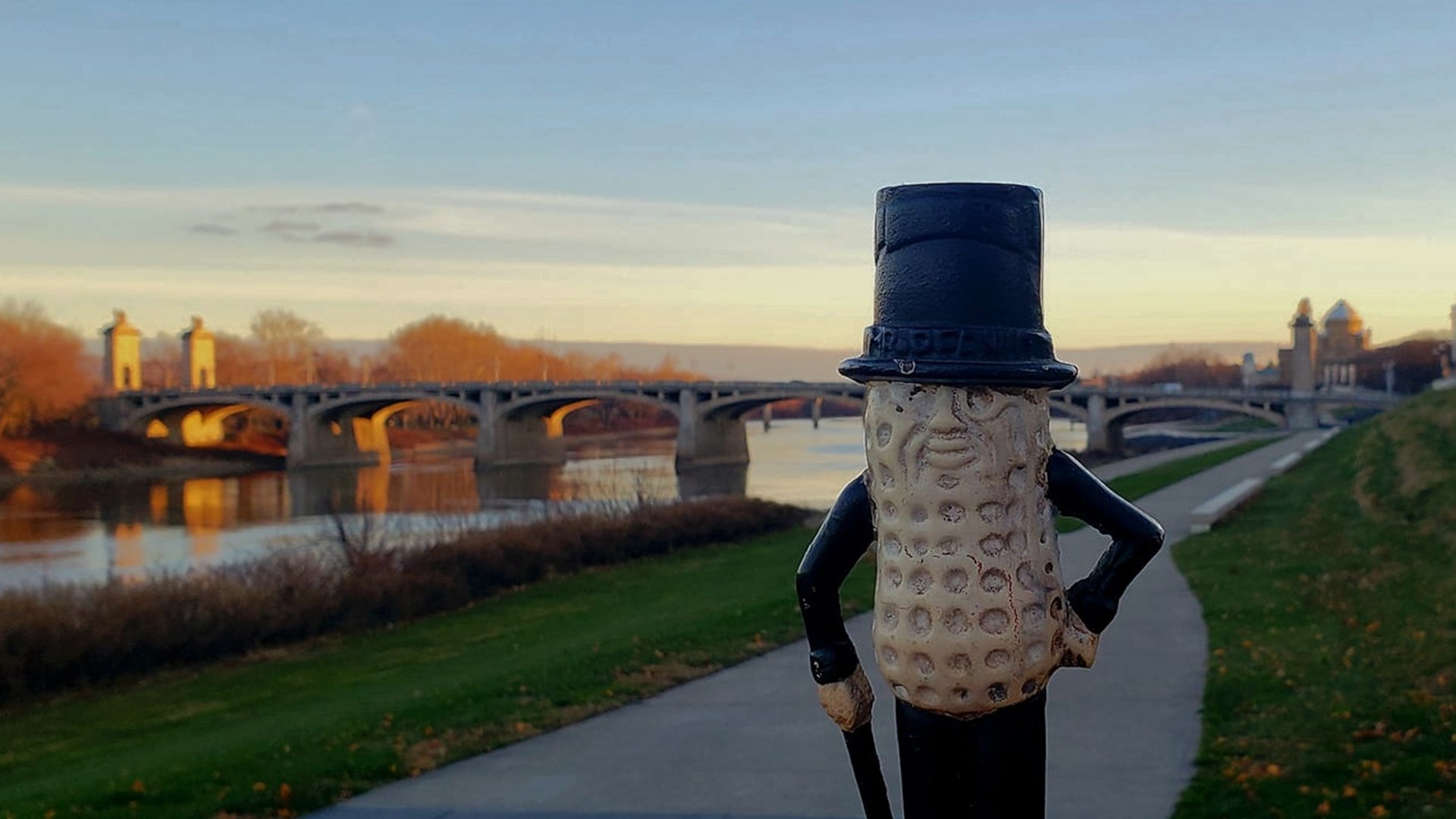 WILKES-BARRE, Pa. — If you see Wilkes-Barre native Daniel Carey around the city taking pictures, you'll be able to see what he's trying to capture on Facebook with a page he started about two months ago titled Around Town with Mr. Peanut.

We caught up with Carey at his barbershop on Carey Avenue to talk about his inspiration.

"When I acquired the Mr. Peanut bank, he was in my car, and I just decided to take a picture of him. And at that point in time, I thought it will be really cool to do a picture every day of Mr. Peanut somewhere around Wilkes-Barre," Carey said.

From the Market Street Bridge to Public Square to his birthplace, Carey captures Mr. Peanut in spots all over his home city. The Planters company was started in Wilkes-Barre in 1906.

"I worked for the company for a good number of years, and Mr. Peanut, it's just ingrained in so many of us who have been part of the company for years," Carey said. "I'm getting a lot of people are actually getting on, following him, liking the page, and really enjoying seeing where Mr. Peanut's going to show up next."

He's happy something so small and simple is able to bring joy to people during the pandemic and beyond.

"Mr. Peanut is really just beloved, and I think too, seeing him really just puts a smile on people's faces, even though we can't see it right now."