Students and their families across Luzerne County were unloading belongings and heading into dormitories as they begin their higher education. 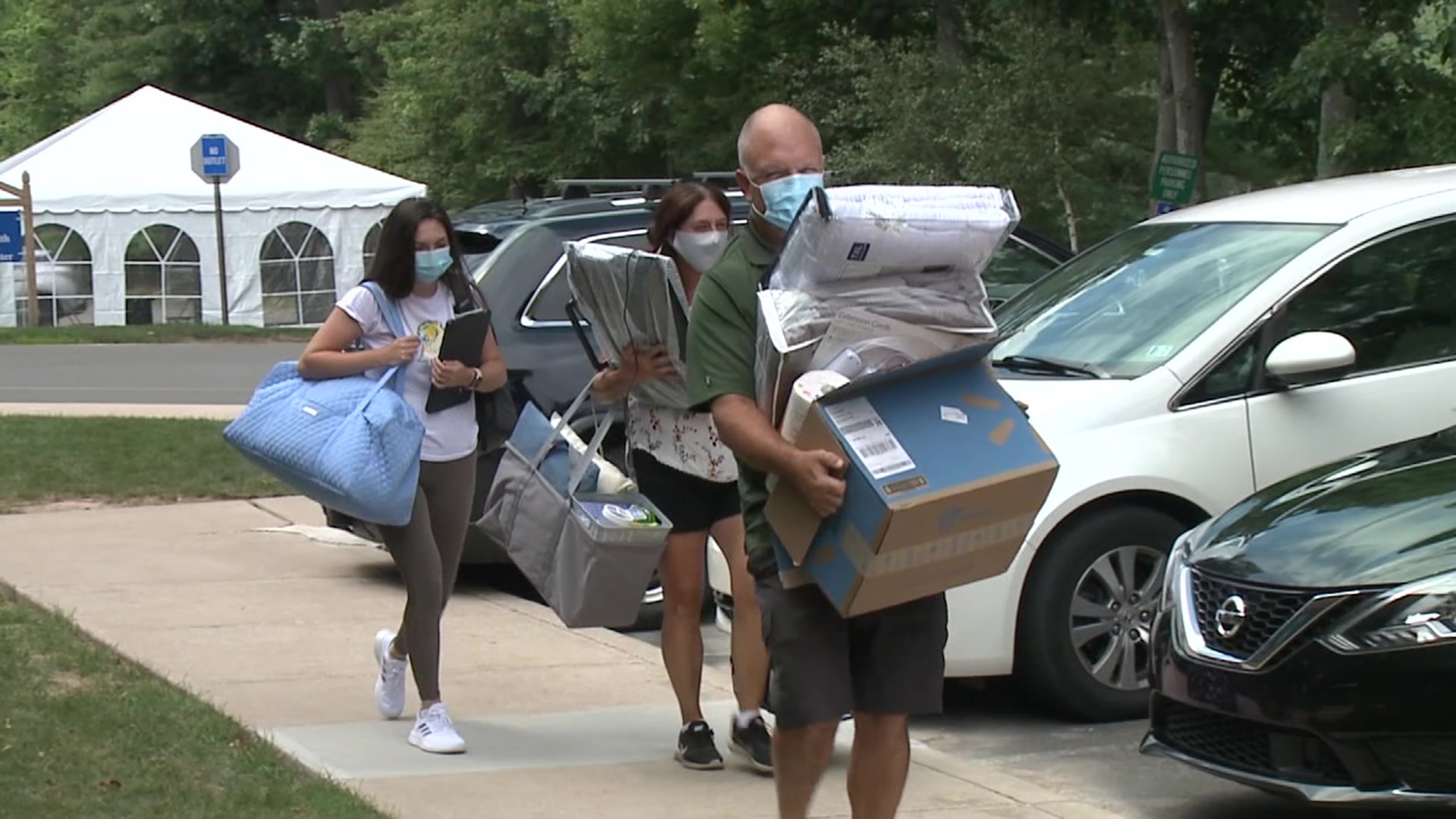 Students at King's College in Wilkes-Barre and Misercordia University in the Back Mountain of Luzerne County say they are thrilled to be on campus after being forced to learn from home in March.

Misericordia University near Dallas says this is one of many move-in days planned to help keep people separated during the pandemic.

"We have spaced our move-in day out for multiple days starting on August 3 and students came in to drop items off and then they headed home until current move-in day, and they are returning and we have other families coming and moving in their belongings today," said A.J. Nudo, director of residence life.

Parents and students say they are relieved to be moving in.

"It's kind of refreshing to have some normality in this process that we're going through with him, you know? Big schools, one of our friends goes to MIT and they can't go to school, they're home, so it's kind of sad. so this is comforting to be here," said parent Rafael Rivera.

"I'm excited. I'm excited that we're open. That's it, honestly. At least we're not closed you know? We still get to learn inside school and everything and not have to sit at home still," said freshman Evan Rivera.

It was move-in day for students at King's College in Wilkes-Barre, too, a day junior Alexander Schwartz didn't think he'd see.

"Honestly, I did not think that it was going to happen. I definitely thought we were going to be home again doing online classes, but we're actually doing some online and some in class right now."

Schwartz is thrilled to be back on campus after being forced to leave last March.

"I definitely wanted to come back and see all my friends, get to hang out with everyone again, safely."

Orientations will begin at King's on August 23, while classes start at Misercordia on Thursday.