One person was killed after a motorcycle crash Tuesday night in Glen Lyon. 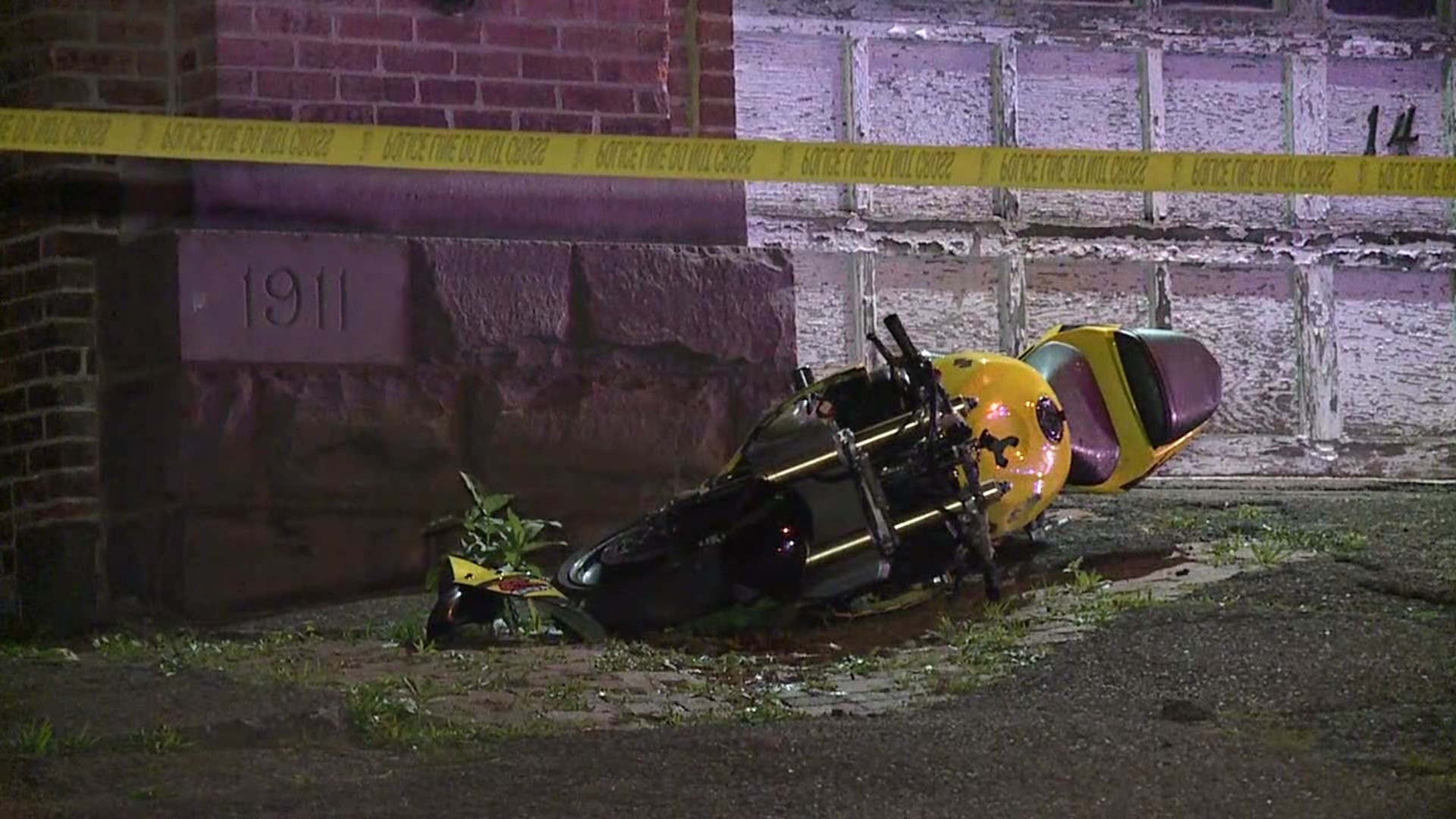 GLEN LYON, Pa. — UPDATE: According to police, 20-year-old Jaylin Williams of Pittston was killed after a motorcycle crash Tuesday night in Luzerne County.

Troopers say Williams refused to stop for police. His bike hit a curb. He was thrown from the motorcycle and hit a utility pole.

WIlliams was taken to the hospital where he died after the crash in Luzerne County.

A motorcycle crash in Luzerne County sent one person to the hospital.

It happened around 8 p.m. Tuesday on Main Street in Glen Lyon.

A witness tells Newswatch 16 the motorcycle was involved in a police chase when the crash happened.

State police are not saying much, only that one person was taken to the hospital.

There's no word how badly the biker was hurt.