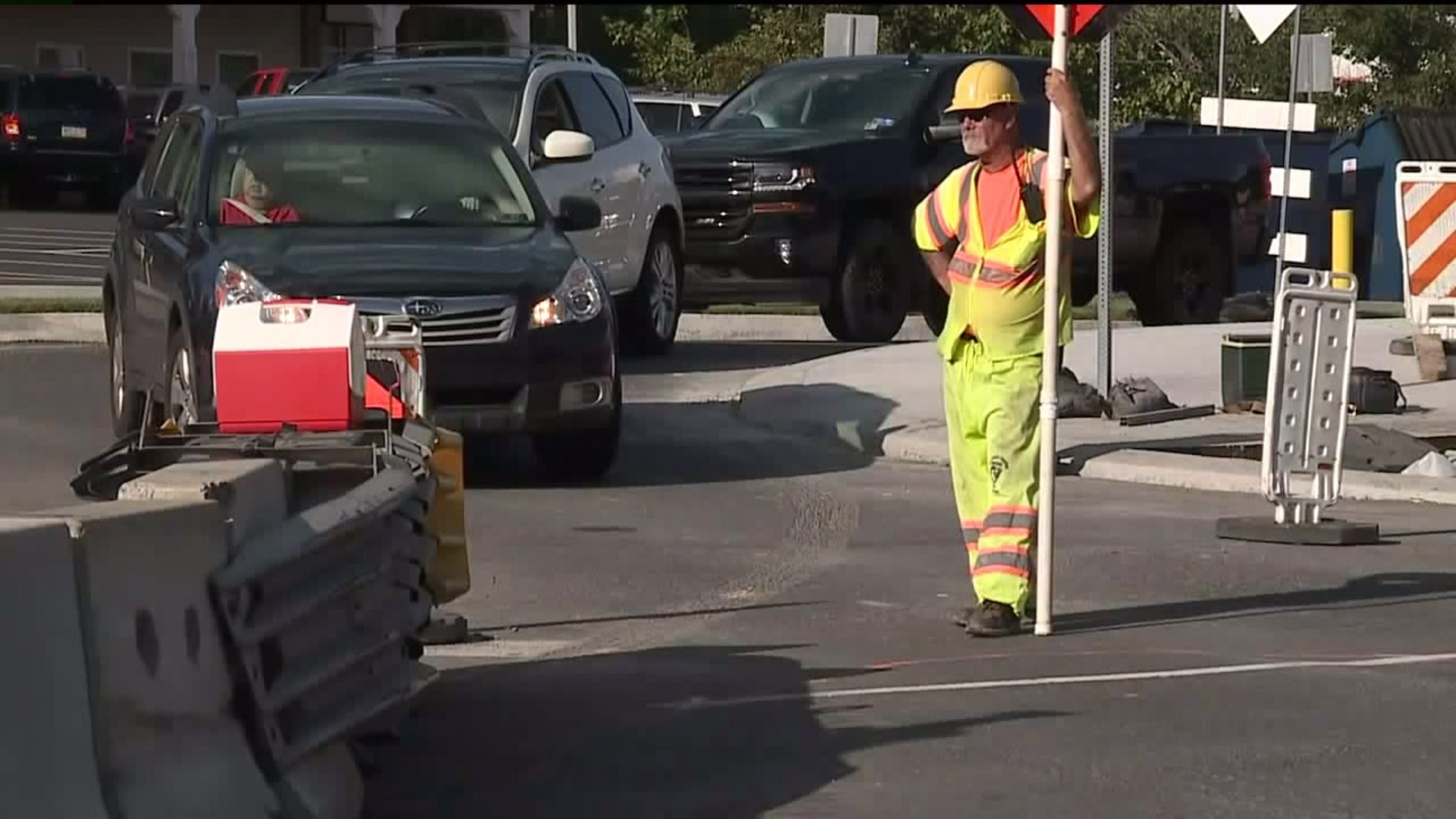 PennDOT tells Newswatch 16 crews are reducing traffic in downtown Dallas to one lane with flaggers at each end. This will cause back-ups for drivers. The length of the lane closure will depend on the weather.

PennDOT is trying to speed up the construction of the roundabout by making this one way and keeping trucks off the road as crews tear up parts of Route 415.

"In order to get this critical area completed, what that entails for the general public then would be a single lane controlled by flaggers which we understand causes major congestion in downtown Dallas because of the volume of vehicles that proceed through this intersection," explained Patricia Fritsky, PennDOT project manager.

PennDOT says the lane closure is happening in part because of trucks that get stuck in the construction zone despite detours.

"The area that we're trying to accelerate our work on is a critical pinch point."

PennDOT tells Newswatch 16 the temporary traffic pattern will cause delays for anyone driving through downtown Dallas. Business owners along the route are worried about how it will affect their customers.

"We would like it to be done as soon as possible because it is making business a little slower," said Zoe Prutzman, Pizza Bella.

"When we're trying to take the shuttle anywhere, it's really tough like having the shuttle get back to school in time," Misericordia freshman Mikayla Simanski said.

"When we were driving up, like when my family was coming to drop me off, they were like, 'Where can we go? Is there an alternate way?' Like this is just the construction is chaotic," said freshman Hailey Conroy.

PennDOT says the traffic pattern will be in place for seven days, but only when it isn't raining. Crews will now work around the clock to finish this portion of the project.

Any rainy days will delay the return of two-way traffic.

"We may have to shut down a little bit come Tuesday because of Florence coming through, but then we'll be right back at it as soon as the rain subsides."

PennDOT says drivers who do not need go through the area should find another route until two-way traffic returns.

PennDOT also says this temporary inconvenience to drivers will pay off in the long run. What the crews are doing now will allow for the project to be completed a year ahead of schedule.