WILKES-BARRE TOWNSHIP,  Pa. –Some of the last tornado-damaged properties near Wilkes-Barre are finally coming down. Demolition began Friday on a strip mal... 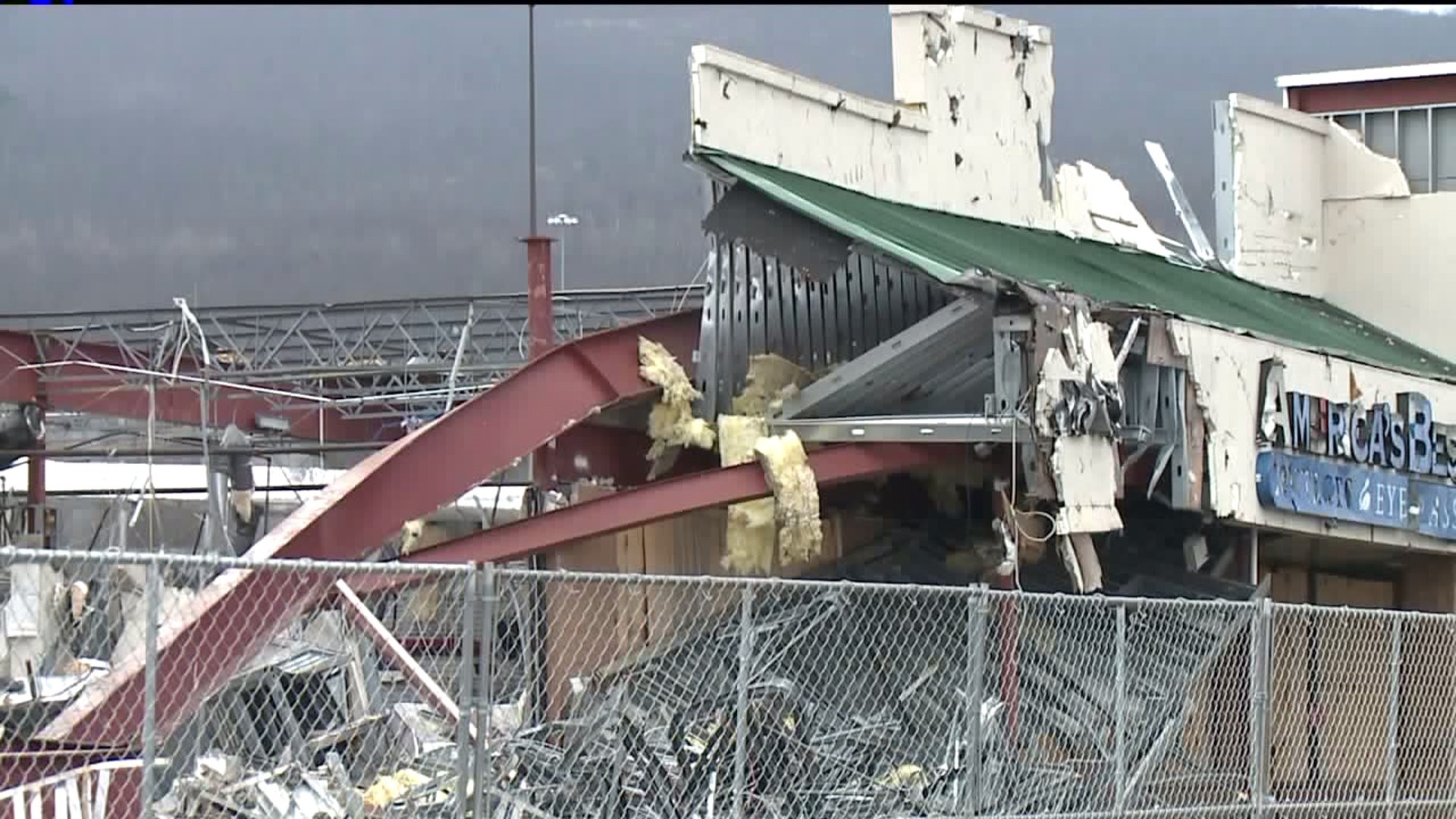 WILKES-BARRE TOWNSHIP,  Pa. --Some of the last tornado-damaged properties near Wilkes-Barre are finally coming down.

Demolition began Friday on a strip mall that used to house a popular restaurant.

The strip mall in Wilkes-Barre Township was severely damaged by the tornado that hit the shopping area last June. It has sat untouched all that time until now.

"It's sad to see it torn down," Melissa Lawless said.

"I think it was sad when the businesses got destroyed from the tornado. I don't think we're used to stuff like that happening in this area, so it was just kind of sad," Jessica Pluta said.

Now that this strip is coming down, shoppers are wondering what will come in its place.

"Anything new," said Lawless. "I wish we could get lots of new things for this area. We need it."

The township's zoning officer tells Newswatch 16 that new retail space will be built in that space but he does not know what businesses will be moving there.

The strip mall used to house a Panera Bread, a popular restaurant among many shoppers in the area.

"It's so sad. We really miss Panera and we used to go there for lunch every once in a while and we really wish that it was back," Tori Ciszak said.

The zoning officer confirms that a standalone Panera restaurant will return to that space. He says the plans have been submitted but he has no specific details on when construction will start.

"It's nice for college students like us to have. Obviously, we like to eat at Panera. It's quick and easy and it can be kind of healthy depending on what you get," Pluta added.

Another set of tornado-damaged buildings is being torn down behind this property. The zoning officer says offices and two restaurants will go in its place.