WILKES-BARRE TOWNSHIP, Pa. — Newswatch 16 checked in on the progress of some of the businesses damaged by the tornado that hit Wilkes-Barre Township in Ju... 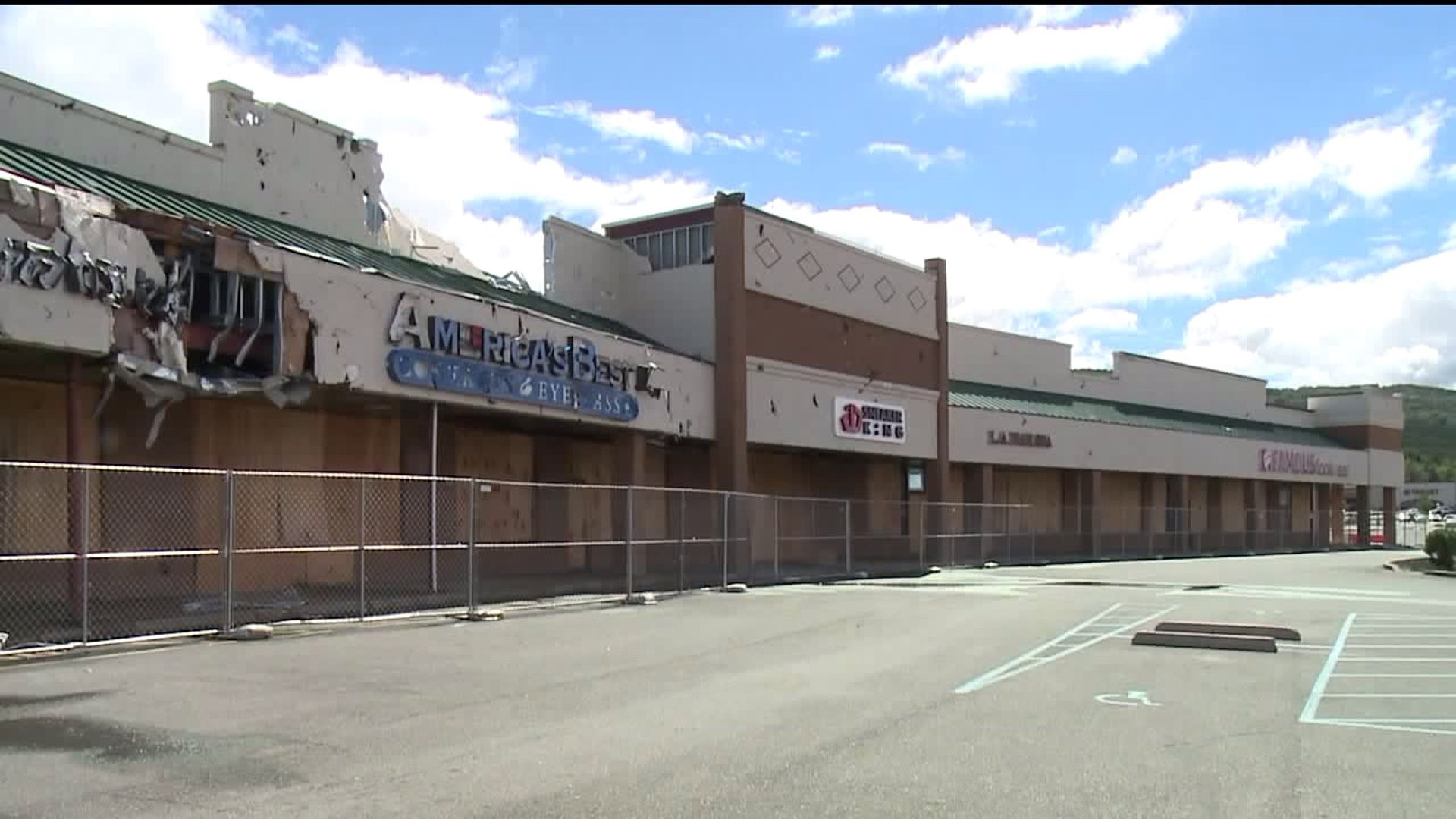 WILKES-BARRE TOWNSHIP, Pa. -- Newswatch 16 checked in on the progress of some of the businesses damaged by the tornado that hit Wilkes-Barre Township in June.

Three months ago, several businesses along Mundy Street in Wilkes-Barre Township were hit hard by a tornado. Since then, many of them have made efforts to rebuild.

"I can see a lot of progress going through," Brian Dapas of Wilkes-Barre said. "Especially Ashley Furniture. I see they're moving by the mall area."

But it doesn't seem that a section of businesses, which includes Panera Bread, is making any progress. They've been condemned since shortly after the tornado in June.

"Ever since the tornado, people have been asking about Panera Bread and when are they going to open up," Dapas said.

The company that owns this strip mall has been in contact with Wilkes-Barre Township's zoning officials who said there is a plan to rebuild this area, including the Panera, but so far there haven't been any demolition permits applied for.

"Panera is a place where we would go as a family if we were out running errands and my son got hungry, just because the food is a lot healthier than many other drive-thru places around here," Cassandra Scarantino of Pittston said.

There is no time frame for when the businesses will be rebuilt. Shoppers Newswatch 16 spoke with are looking forward to more of the businesses opening back up.

"I don't come up here very much anymore because I just assume everything is closed," Lindsay Nasser of Kingston said. "If I know something is open that I want to go to, then I come up."

Zoning officials say Panera Bread will for sure reopen, but they are not sure about the other businesses inside that strip mall. Newswatch 16 reached out to the owners of the strip mall, they did not want to comment on the future of the project.