DUPONT — Suscon Road has been closed three weeks now for repairs to the busy bridge in Luzerne County. Even though the road is open to local traffic only,... 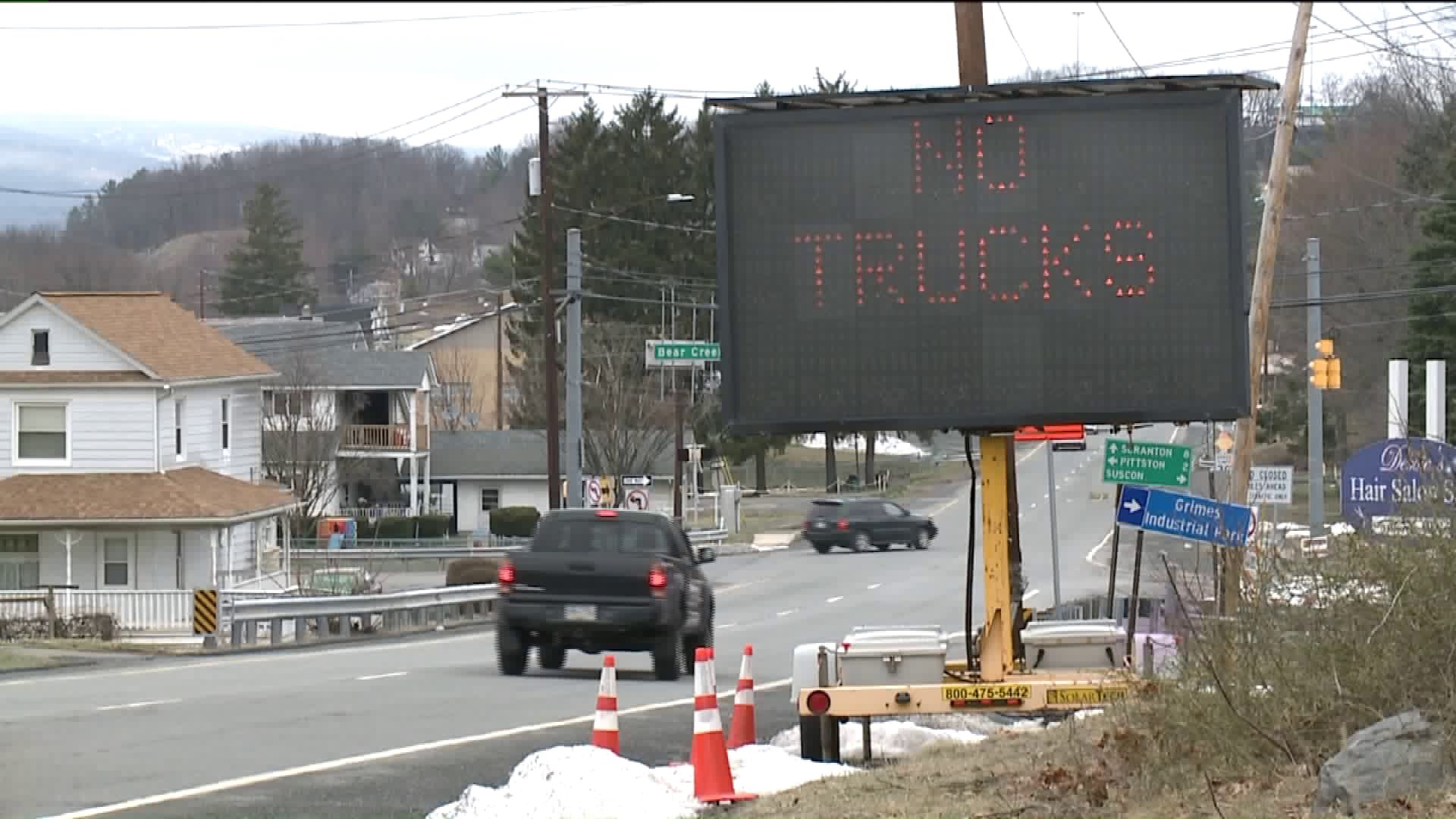 DUPONT -- Suscon Road has been closed three weeks now for repairs to the busy bridge in Luzerne County. Even though the road is open to local traffic only, some tractor-trailers just aren't getting the message.

John Fagotti lives on Suscon Road in Pittston Township, right in the middle of the mess that has been this road closure. He sees more than a dozen tractor-trailers a day try to get past the "local traffic only" signs only for the drivers to find out they can't go anywhere. In the last three weeks, four trucks have gotten stuck when trying to turn around.

"What would be a terrible situation could happen if emergency personnel are needed in this area and the road is blocked," Fagotti said.

Sunday was one example of what Fagotti has seen for weeks. He says it takes hours to get the truck removed once it is stuck.

"That could be a real tragic situation. That's my biggest concern," Fagotti said.

"We do have a concern if we do have to get to some of the side streets up there. It's really not a frequent occurrence that happens, but it is a concern if it does," said Pittston Township Fire Department Captain Tony Ranelli.

PennDOT officials say the signs are there, drivers just aren't following them.

"There's more than enough signs from PennDOT put there. Actually, what the truck drivers are doing is, they're going into the oncoming lane to go up the hill," explained Dupont Police Chief Rick Janesko.

PennDOT officials replaced one of the signs at the bottom of Suscon Road Monday. They say a tractor-trailer disregarded the old one, knocking it over and dragging it 1,000 feet up the hill. PennDOT officials say this is the fourth sign they've had to replace.

"These truck drivers aren't from around here, and they're just basically following their GPS," Chief Janesko said.

PennDOT officials say the borough of Dupont now has to enforce the signs.

"We're patrolling the area. Unfortunately, we can't sit there 24/7. But that is a hot spot in Dupont right now," Chief Janesko said.

Chief Janesko says police have caught and cited a number of drivers disregarding the signs. PennDOT officials say if this keeps happening, they will have to close the road altogether.