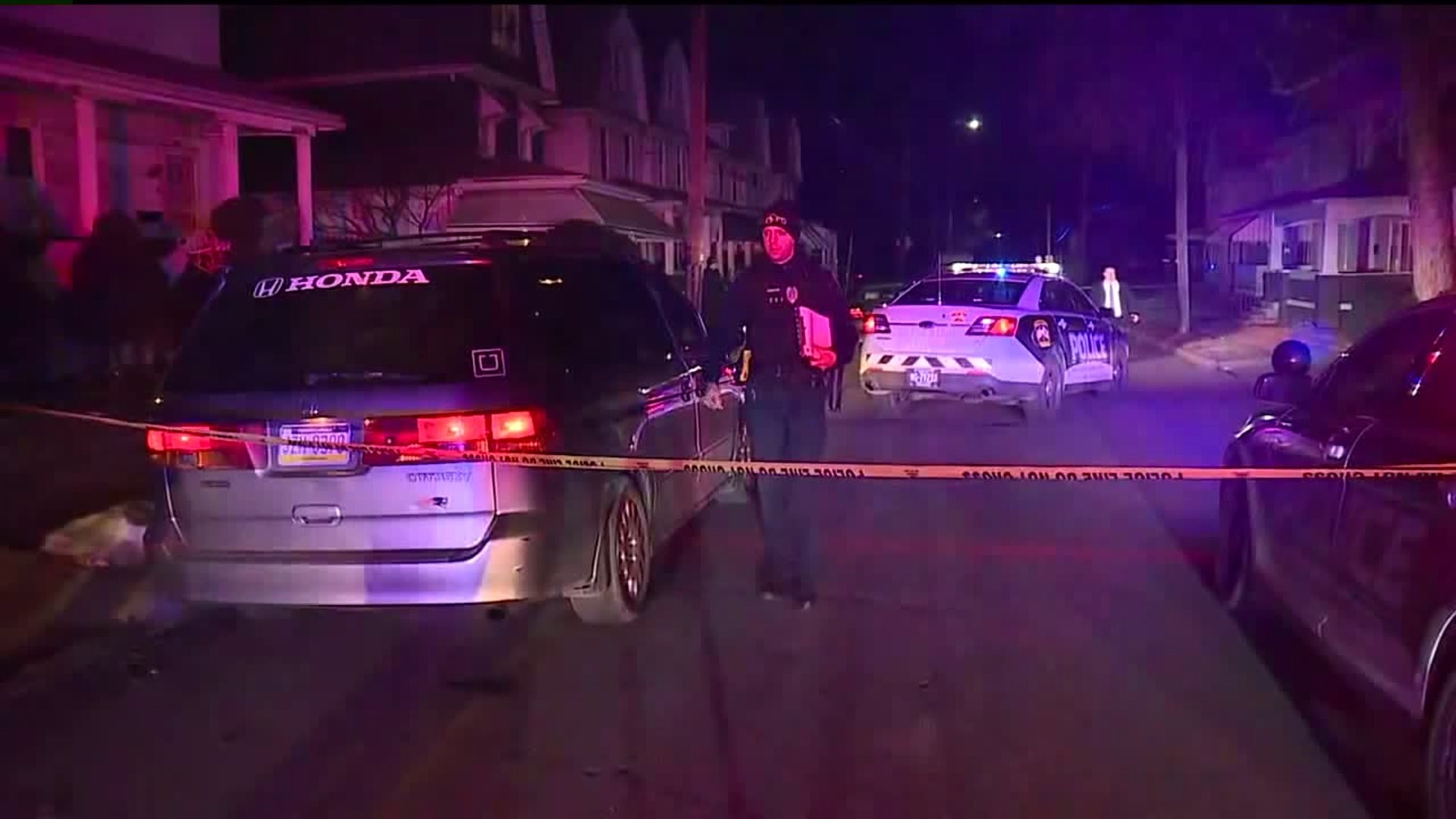 Witnesses say half a dozen shots were fired into a home. Ten people were inside at the time, but no one was hurt.

This is the second shooting in the city of the day. The first happened Tuesday afternoon at the intersection of Dana and High streets.

Police are also investigating two other shootings in the past few days. Officers believe all the shootings are connected.

#BREAKING: Police in Wilkes-Barre are investigating the fourth report of shots fired in four days... two happening just four hours apart today first on Dana St then here on Dagobert St. Police say these shootings are all connected. No one was hurt in either incident today. @WNEP pic.twitter.com/3oSobXJHys

"This is ridiculous. I feel like it's just too much street violence, and I don't feel like it's safe for my kids to be around certain things like this," said Caitlin Birch of Wilkes-Barre.

Officers say two groups of people are fighting one another in the city and believe that has led to all four incidents of shots being fired.