FORTY FORT, Pa. — A garden center in Luzerne County says something has been stolen — not any of its plants or cash, but a decorative plastic monkey.... 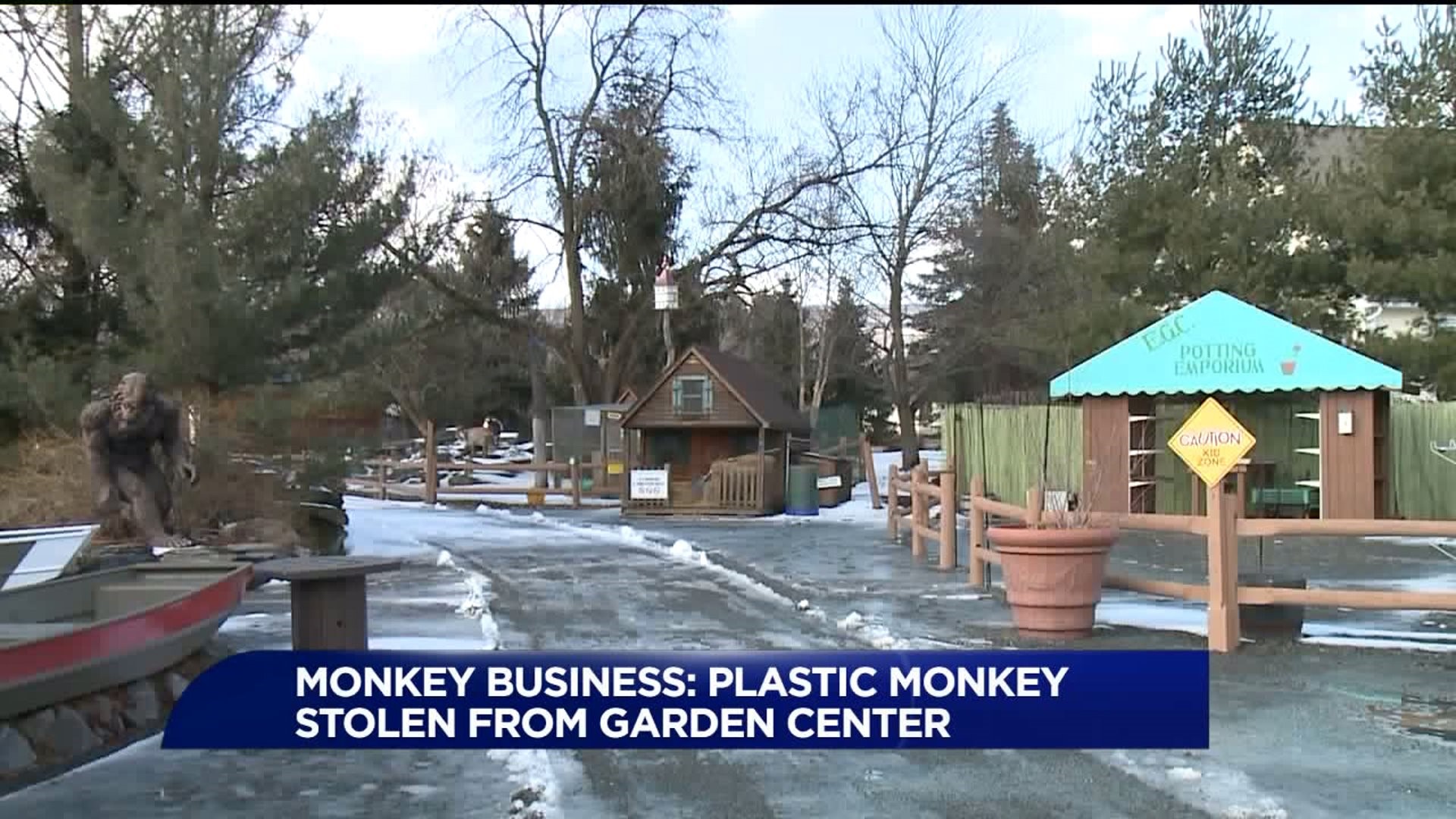 FORTY FORT, Pa. -- A garden center in Luzerne County says something has been stolen -- not any of its plants or cash, but a decorative plastic monkey.

The owner of the business is using humor to try to get the monkey back. He believes the plastic monkey was taken over the weekend.

He posted about it on social media and now many people in the community are also hoping for the monkey's safe return.

There's a mystery to be solved at Edward's Garden Center in Forty Fort. It's a real head scratcher and has even turned the place upside down. One of the garden center's decorative plastic monkeys is missing.

"We just try to make it a really fun and exciting place, so I was disappointed," said owner Ed Kopec.

When you are driving to the garden center from the Cross Valley Expressway, there is a sign telling you how to get there. Kopec stuck one of his plastic monkeys on the sign about a year and a half ago. Last weekend it went missing.

"Actually, about a week a week after we put the monkey there, someone who we don't know, they put a banana in the monkey's hand. So, it was cute."

Kopec says whoever took it really had to go out of their way to do so.

"When we attached the monkey to the sign, it was put on with bolts, and whoever took it had to look it over and they knew they had to use special tools to take it off."

There are similar monkeys and other attractions all throughout Kopec's business. Thousands of children and their families come to visit the center during the spring and summer.

"Everything that we do here, we put time and effort into and try to be creative. Our staff is always doing really neat things and so it's disheartening in a way," Kopec said.

Kopec posted about the missing monkey on the garden center's Facebook page. He pokes fun at the thief, calling them a monkey themselves.

"If someone needs that monkey more than I do, so be it. Whatever. We'll buy another monkey if we have to. I hope that every time they look at it, they know where it came from."

The owner does not plan to file a police report. He would just like the monkey back. If you know where it is, you're just asked to bring it back to the business in Forty Fort.