WILKES-BARRE TOWNSHIP, Pa.  — A new restaurant near Wilkes-Barre has yet to officially open, but when it does, it will mark an important step for a rebuil... 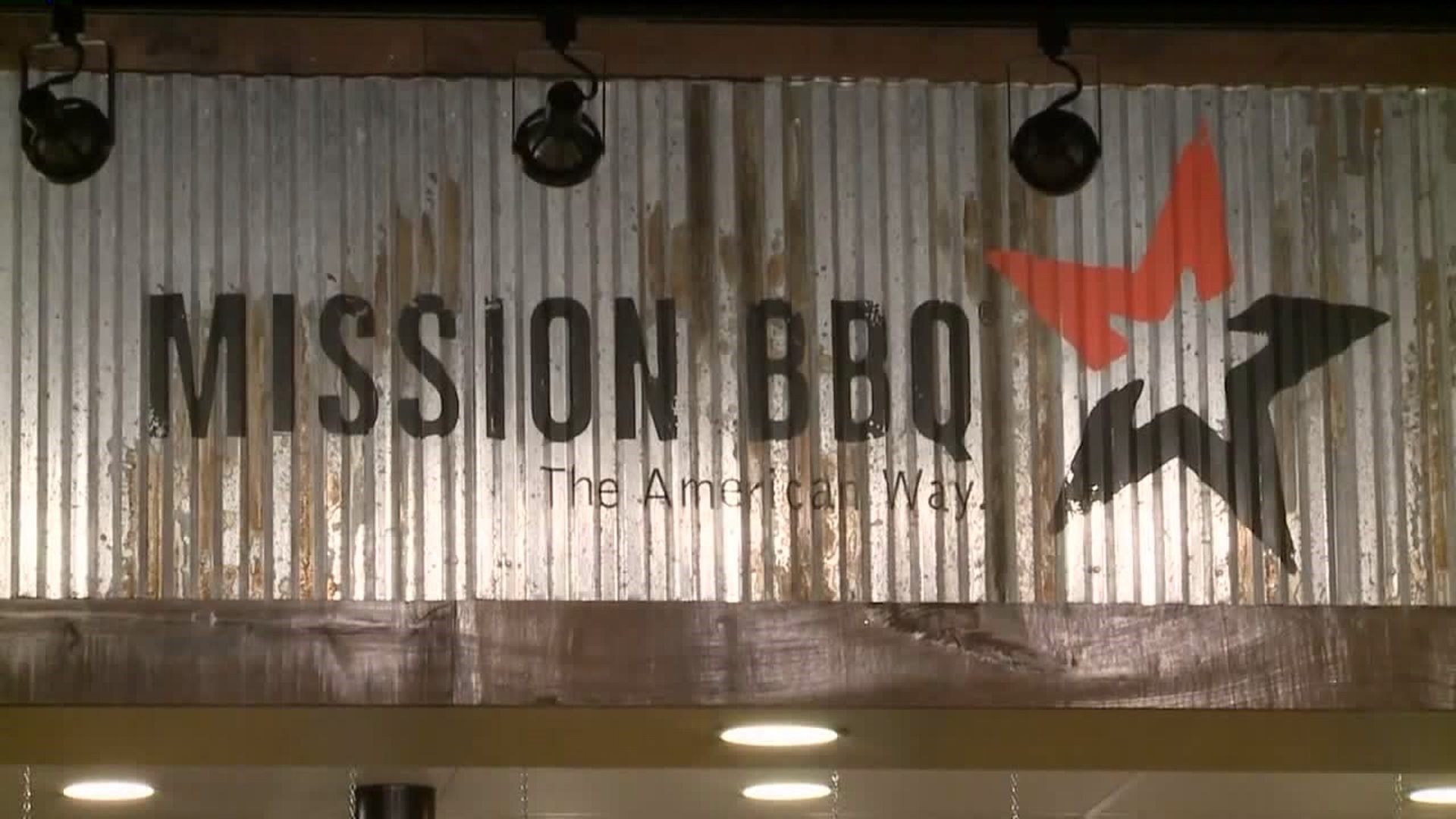 WILKES-BARRE TOWNSHIP, Pa.  -- A new restaurant near Wilkes-Barre has yet to officially open, but when it does, it will mark an important step for a rebuilding business district.

Mission BBQ is operating out of a new building in the area where a destructive tornado touched down last summer.

Hungry folks piled into a new restaurant on Mundy Street in Wilkes-Barre Township ready to chow down on some finger-licking BBQ.

Mission BBQ, a national chain, just moved into Commerce Boulevard Commons, and while it's here to make money, the company's mission is also to help local first responders and area military where its restaurants are located.

“We look at it like anybody that's raised their right hand to swear to serve and protect the rest of us we want to honor them,” said Jerry Sullivan, the restaurant’s director of operations.

Throughout the year, the company sells a series of different colored Hometown Hero cups, and a portion of those proceeds will go back to a first responder or military organization.

The money made here will go the Wilkes-Barre Township's K-9 Unit.

“It's so greatly appreciated because you can never have enough as far as resources available when we're trying to address issues in our communities and the surrounding areas too,” said Wilkes-Barre Township Police Chief William Clark.

That's the area that was left devastated after a tornado tore through in June of last year.

Many of the officers here responded that night.

“This location here was pretty much right in the path of where the tornado went,” said Clark. “Now to see this come in the wake of that devastation.”

The restaurant hasn't officially opened to the public so the only people dining here are members of the Wilkes-Barre Township Police Department and their families. So because of that, 100 percent of the proceeds will go back to the department's K-9 unit.

“100 percent of our proceeds go to that unit as this is our training week so this is how we give all of our teammates some live training,” said Sullivan.