DALLAS, Pa. — A roundabout in one part of Luzerne County is complete, but that’s not the end of construction in the area. Patrick Cunningham owns Pi... 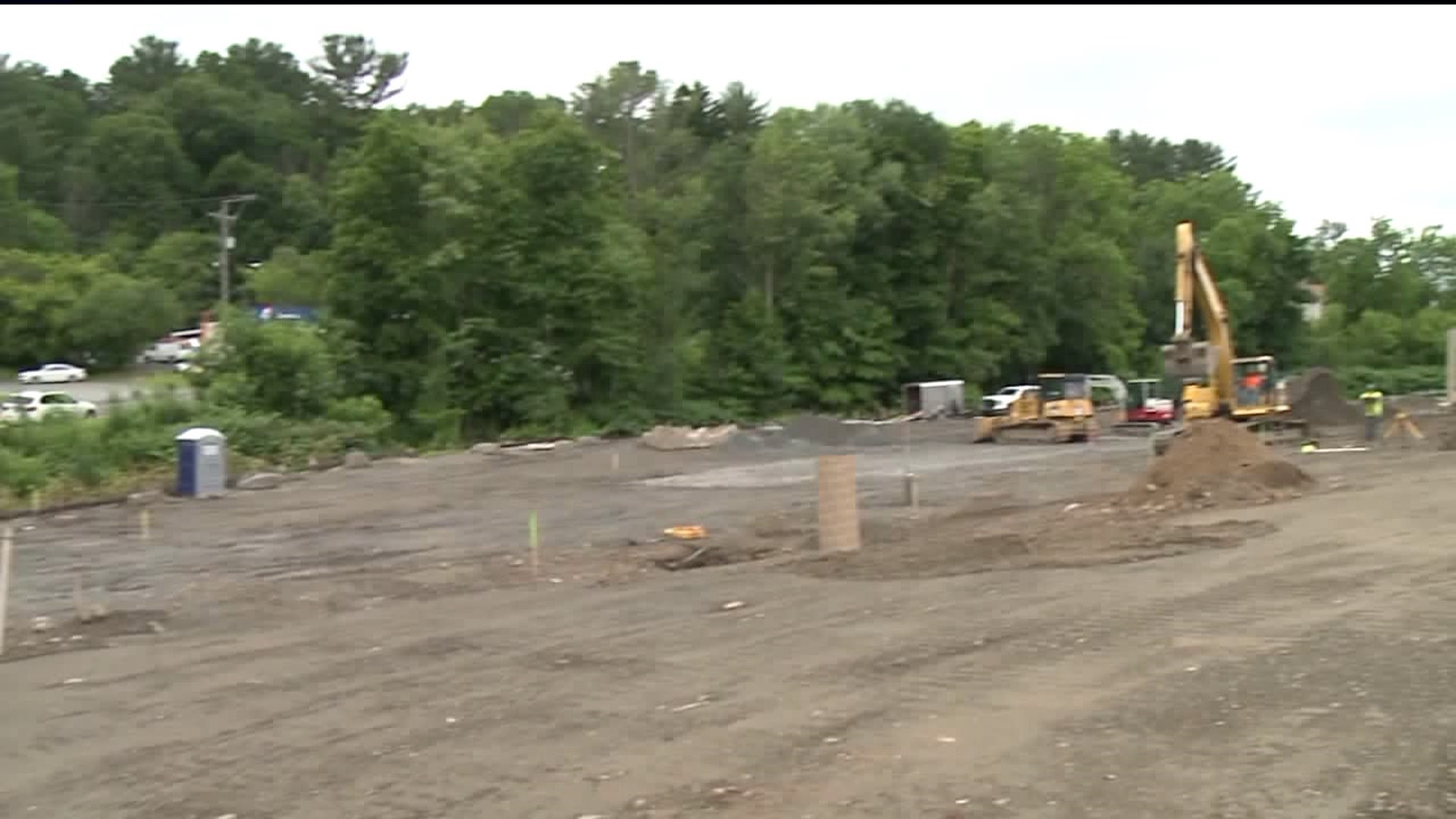 DALLAS, Pa. -- A roundabout in one part of Luzerne County is complete, but that's not the end of construction in the area.

Patrick Cunningham owns Pizza Bella along Lake Street in Dallas. He says not too long ago before the roundabout on Route 415 was completed, it was bad for business.

"When it was under construction, it was an actual nightmare. It really was. It was really hard," said Cunningham.  "But we survived. Now actually I really like it a lot, once they figure out how to drive it we'll be in great shape."

Work in this part of Dallas isn't over, but Cunningham says he's not losing any sleep over what's soon to replace this construction site.

"I think it will be fantastic. I mean, any part of the community that's getting improved is always a great sign for my business," added Cunningham.

Misericordia University owns an area along Lake Street and is turning it into a community park.

"We're going to have lights, shrubbery, trees, just a lot of green space, a beautiful area for the entire campus community and more importantly also the Back Mountain community," explained Paul Krzywicki of Misericordia University.

Officials at Misericordia University tell Newswatch 16 that by this time next month, this will be a pathway for students all the way from downtown Dallas to campus.

"It will be a gateway to the university campus, the main campus. It will help the downtown business district and also it's an inviting attractive area now for the busiest thoroughfare in the Back Mountain area," said Krzywicki.

"That's great. I think anything that's safe for the students and for the downtown to start thriving back again since the roundabout is complete I think it's going to be a great thing," said Cunningham.

Construction will also include 35 new parking spots for the university. The plan calls for all the work to be wrapped up by the start of the fall semester.