DALLAS TOWNSHIP, Pa. — Newswatch 16 spoke to a professor at Misericordia University who recently visited the Cathedral of Norte Dame in Paris. People all ... 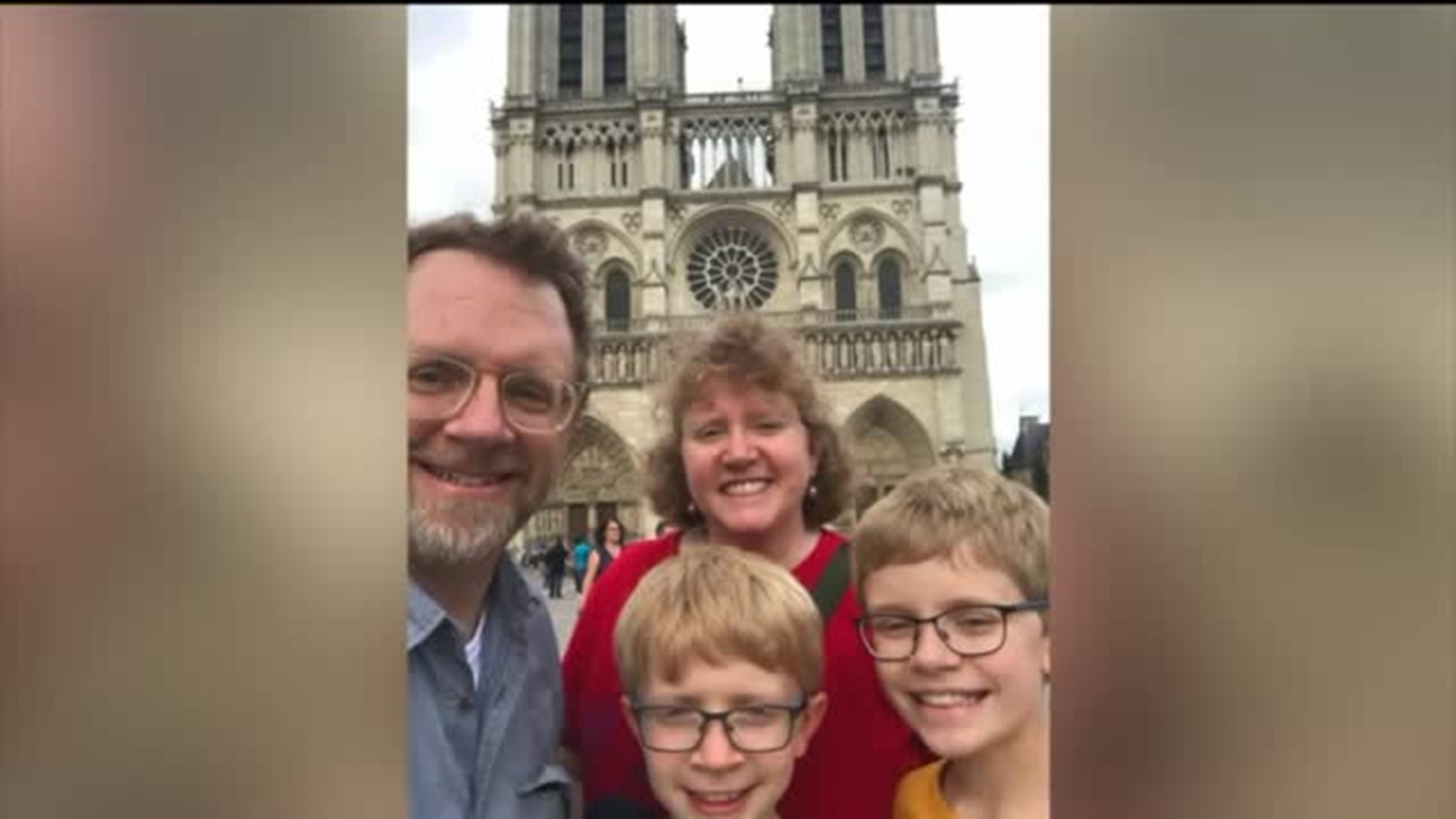 DALLAS TOWNSHIP, Pa. -- Newswatch 16 spoke to a professor at Misericordia University who recently visited the Cathedral of Norte Dame in Paris.

People all around the world were watching as the Notre Dame cathedral burned.

"I was hoping it would be out very quickly, but it is a monumental task," Misericordia history and government professor Brian Carso said.

The iconic church sustained extensive damage from the flames.

Professor Carso visited Notre Dame over the summer while attending a conference on behalf of Misericordia University. He brought his family.

"It's the centerpiece of Paris," Carso said. "It's a little island on the Seine River where Paris began as a city."

"When I watched the fire unfold, I was thinking about how, I mean, it's a great monument to the city of Paris and a great monument to France and certainly to Catholicism and to Christianity, generally," Carso said. "But, if you strip all that away, it's a monument to humanity. To the best that we do, to our human aspirations."

When he saw the news about the fire, he understood the enormous impact the damage to Notre Dame would have on the world.

"It takes hundreds of years to build these," Carso said. "That a group of laborers will begin to build a cathedral and then their children will work on it and then children and their great-grandchildren might see it to completion. It's an extraordinary monument to the human spirit of achievement."