Meeting of the Mayors expands in Wilkes-Barre

Mayor Brown continues to grow a collaborative effort between leaders in Northeastern and Central Pennsylvania. 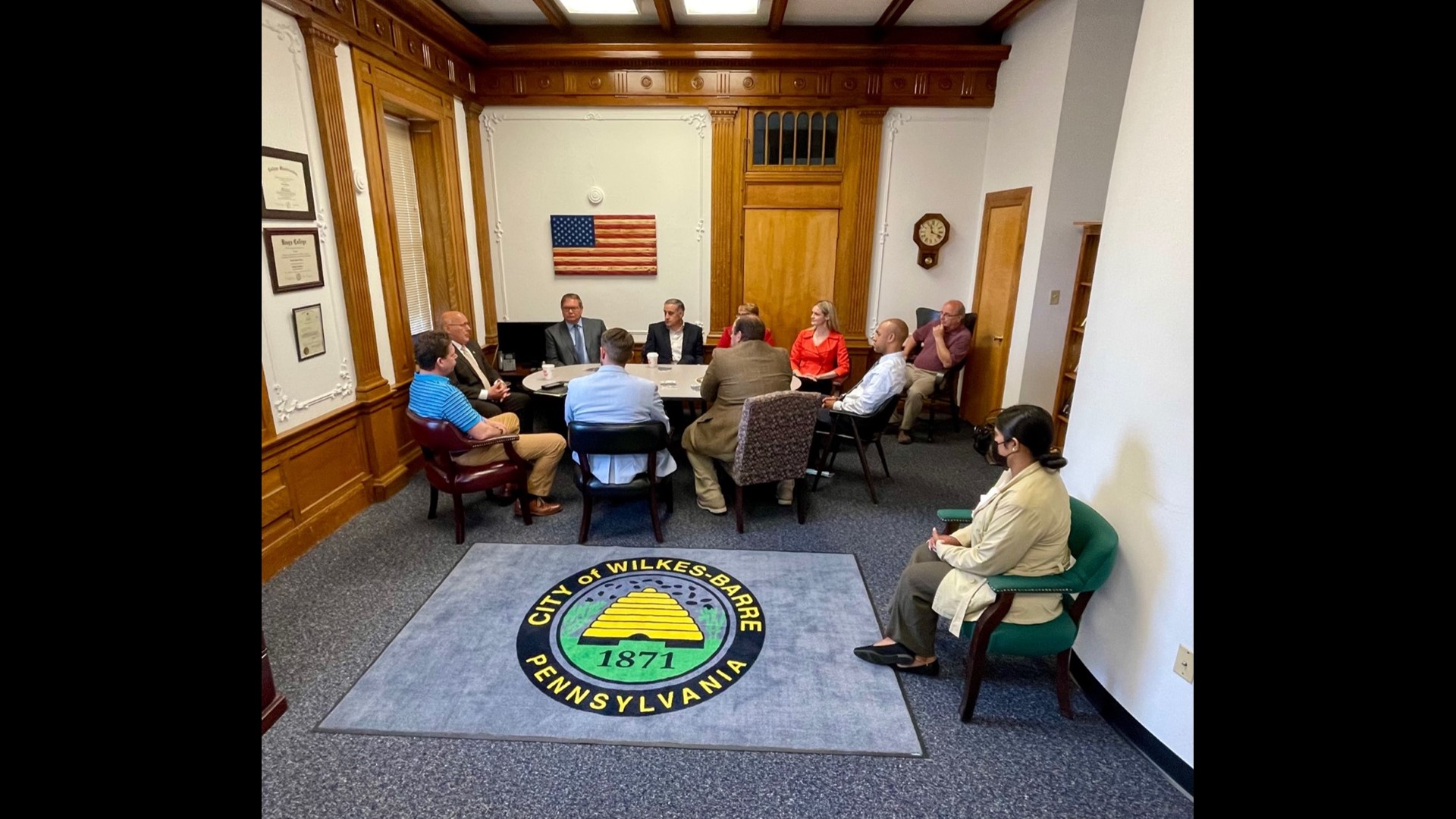 WILKES-BARRE, Pa. — Once again, Wilkes-Barre Mayor George Brown welcomes other mayors from across Northeastern and Central Pennsylvania into city hall for a "Meeting of the Mayors."

This is something Brown started in the beginning of the pandemic in an effort to pull resources during a difficult time.

"We helped each other out during the pandemic," explained Brown. "Someone needed masks, or they needed some. We have a health department. The city has one of only 10 in the state. If someone called us from another city saying mayor, 'What should we do here?' Hank Radulski and the health department was there to help them."

The regular meeting of the Mayors began with the leaders from Wilkes-Barre, Scranton, Pittston, Hazleton, and Nanticoke.

Mayor Brown tells Newswatch 16, now that we're on the tail end of this pandemic, he wants to continue to bring down the borders between municipalities so that they can work together for other projects.

"And also when we work together, it's common things that we're working on," added Brown. "Maybe the American Recovery Act. It may be blighted properties, maybe grants, whatever we feel that we can help each other out, but we're tearing down the walls between the cities. Between Scranton and Wilkes-Barre, between Kingston and Wilkes-Barre, working together as a team."

"Exactly what with this organization now is bringing everyone together we have Williamsport, Nanticoke, Pittston, my town," continued Roberts. "Works for every basically everyone around so we can work as a team. Like he said, the pandemic brought everyone together with ideas, and maybe we can share those."

Mayor Brown says he hopes to continue to expand the collaborative effort of mayors from Northeastern and Central Pennsylvania.