A man is taking matters into his own hands to catch child predators. But who is he, and is what he's doing legal? We introduce you to the "Predator Catcher." 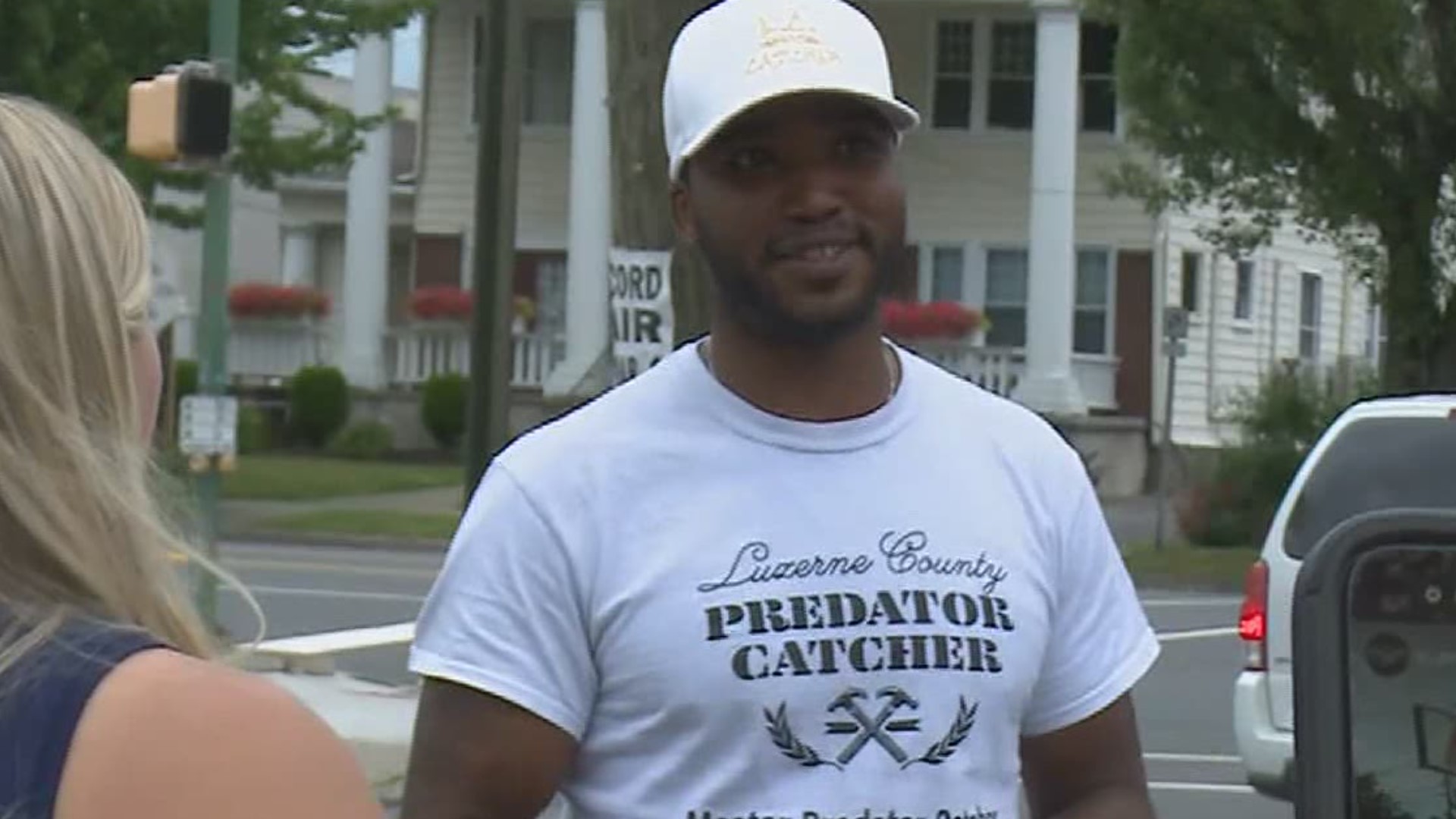 Musa Harris is the last person you'd ever want to be confronted by.

"They tell me, watch myself out there. They don't encourage me to do what I'm doing 'cause I put myself in harm's way," said Harris.

Exposing alleged child predators is Harris's full-time job, starting in March of 2020, after being inspired by videos he saw of others doing the same thing.

Harris creates profiles online and pretends to be a kid looking for sex. If an adult shows up to meet him, that stranger gets a big surprise when Harris starts streaming the encounter on Facebook Live for his followers to see, and he has a lot of them.

Harris tells Newswatch 16 he's confronted more than 160 people in northeastern Pennsylvania, including at a Valero gas station in Kingston. He said what started as a hobby quickly turned into his life passion.

"It's important so the kids can have a safe place and no worry about these creeps. And I want to give the parents and outlet to know that maybe this can be their next-door neighbor and to watch out," added Harris.

But the question remains, is what he is doing legal? We turned to former Luzerne County District Attorney and Judge Peter Paul Olszewski for answers.

"Without doing any research, I think it's perfectly legal. Again, he's a witness to a potential crime. That's what he is. He nothing more, he's nothing less," explained Olszewski.

Olszewski points out that every case is different.

"At the end of the day again, if prosecutors are convinced that somebody indeed committed this crime and this gentleman gives you evidence of that, take a shot," added Olszewski.

As a father himself, Harris hopes no child has to go through this.