The purchase of Fritz and the cost of all his training is close to $30,000. To help with the costs, the department has slated a number of fundraisers. 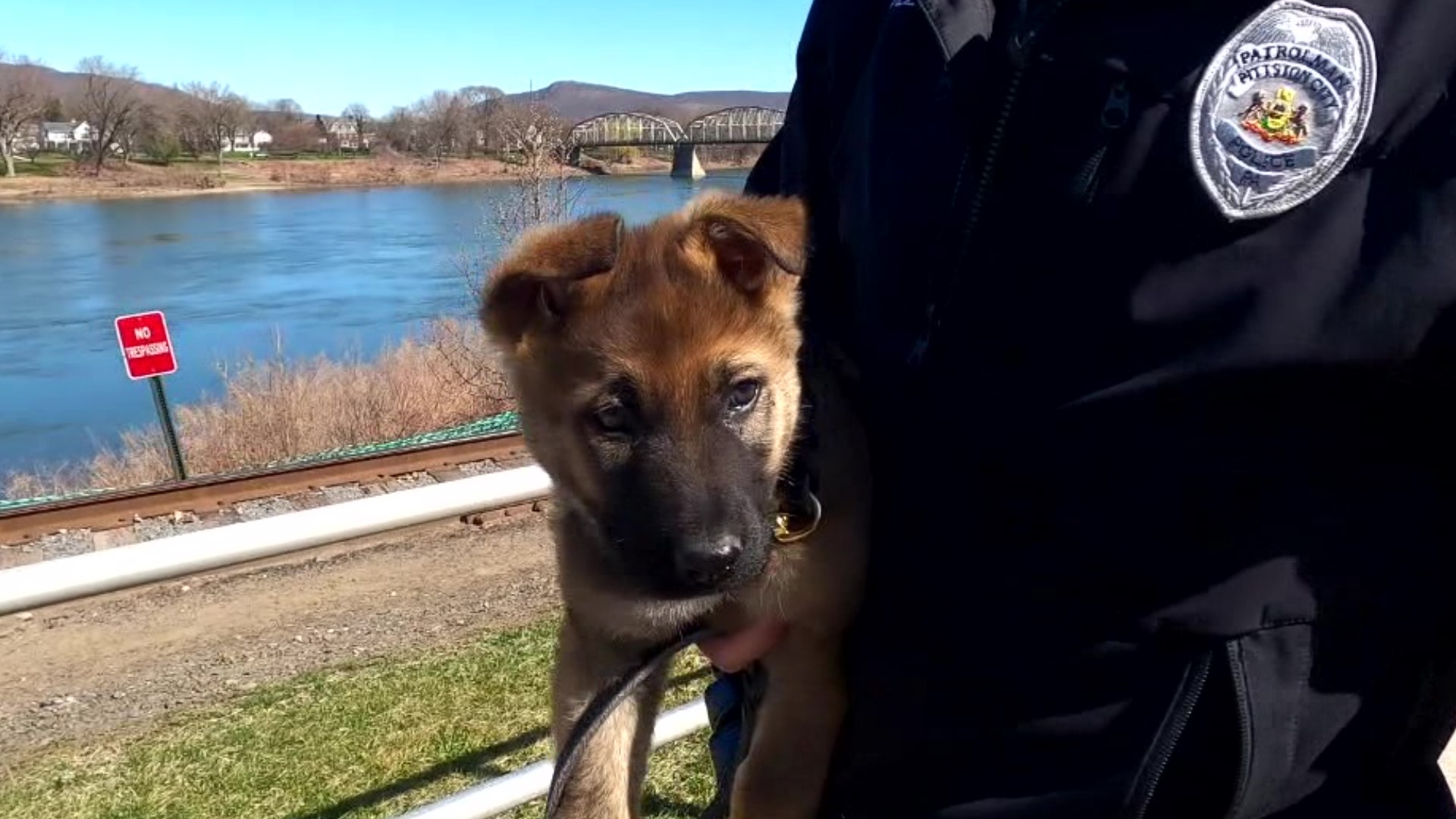 PITTSTON, Pa. — Fritz is a 9-week-old German Shepherd and the newest member of the Pittston Police Department.

"He'll be trained up, patrol which is search-and-rescue, bite work, and narcotics tracking."

He's got a lot of training to get through first, but handler Officer Drew Malvizzi thinks Fritz has what it takes to be a great police dog.

While Fritz is the obvious star of the show, Malvizzi says this is a big deal for him too.

"I think it's every police officer's dream to eventually be a K-9, but very few actually get to do it. It's kind of a 10-year path. The city has a 10-year contract with the K-9s here, so our current K-9, Blitz, he'll be done next year, maybe in two years. He's 9 years old now, and then I'll kind of be taking over for him for the next 10 years."

The purchase of Fritz and the cost of all his training is close to $30,000. To help with the costs, the department started a t-shirt and sweatshirt sale that Malvizzi says is doing really well.

"It's great, so the outreach from both the Pittston community and from outside municipalities has been incredible on top of our t-shirt sale."

"We're just about where we need to be for our fundraising goal. Not there yet, but I think we're going to get there really soon now that we people finally see what they're getting towards, and they get the cuteness overload of Fritz."

There's going to be an event later this month to help pay for Fritz's training: Skate for K-9s at Skateaway in Wilkes-Barre Township.

"April 15, DJ Donnie Evans put that on. Similar to the 'skate with a cop' that he's done in years past, which is super popular. All the proceeds for that will go towards our K-9 unit and the Pittston Township Police K-9 unit."

If you'd like to purchase a t-shirt or sweatshirt for the cause, you can shop for one here.

More information about the skating event can be found here.