WILKES-BARRE — A man is behind bars in Luzerne County after being found guilty of killing his own pets. A judge sent that man to jail for killing two dogs... 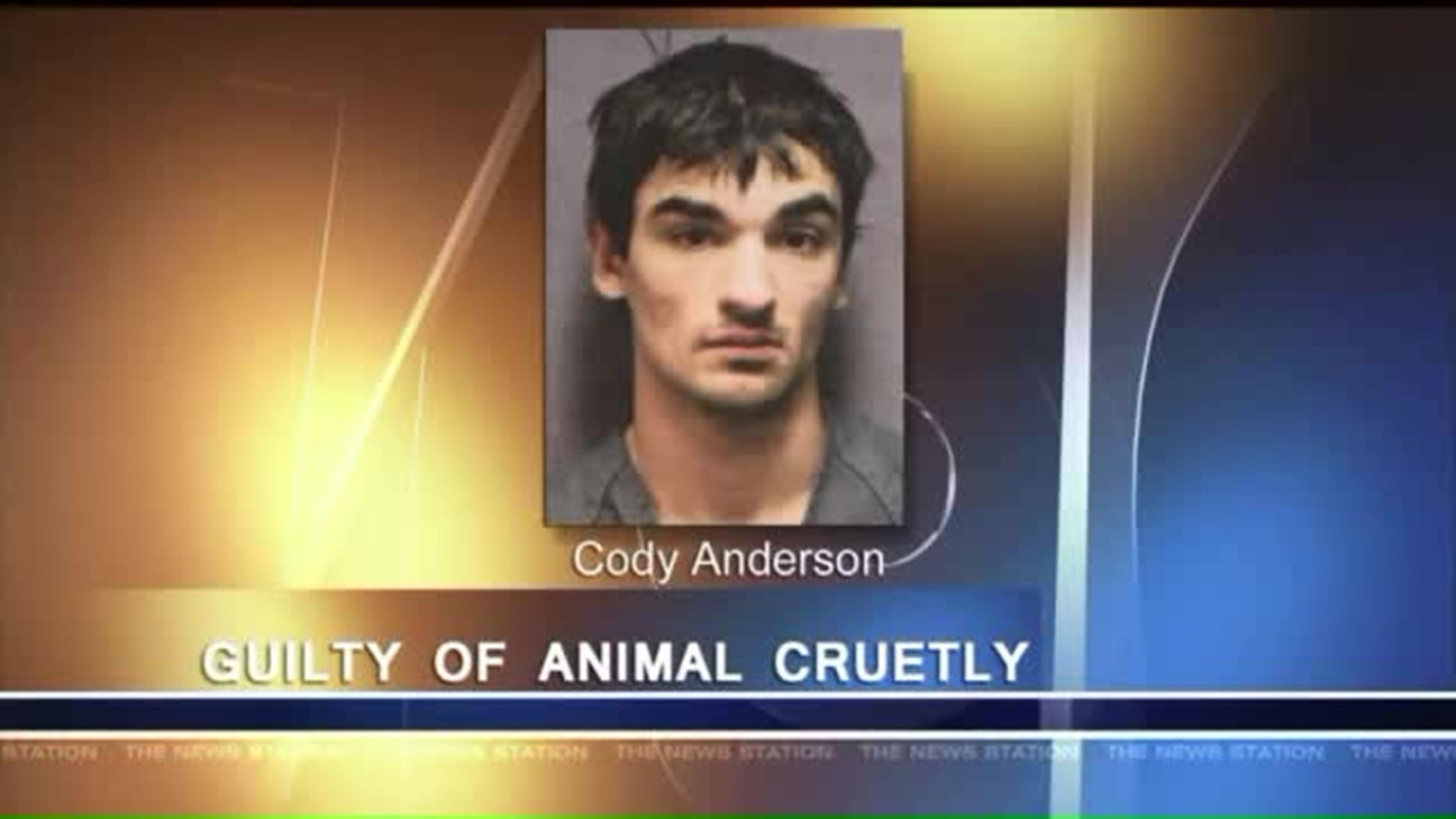 WILKES-BARRE -- A man is behind bars in Luzerne County after being found guilty of killing his own pets.

A judge sent that man to jail for killing two dogs last year in Hazleton.

Cody Anderson is now currently at the Luzerne County Prison to start serving his sentence of 11 to 23 months.

Experts say jail time in an animal cruelty case like this is unusual but something they're happy to see.

The owner of the dogs lived on Poplar Street in Hazleton. In May of last year, one of the dogs bit her and she had to go the hospital.

Court records show that the woman called Cody Anderson and told him to get rid of both pit bulls, knowing that he would kill them.

According to court papers, Anderson took two dogs to a park. When he returned to the house on Poplar Street, he told the owners, "It's done. I snapped their necks."

The owner of the pit bulls told police what Anderson had done and agreed to testify against him. Anderson pleaded guilty to animal cruelty in September and was sentenced to jail Friday.

"For anyone to do that to any kind of animal -- dog and cat, anything -- it's heartbreaking. He belongs in jail," said Todd Henver of the Luzerne County SPCA.

Henver says that animal cruelty cases most often end in a fine, but he says in this case, the punishment fits the crime.

"He was immediately remanded in the custody of the local prison officials. It's a sad tale, but in the end, justice was served."

The Luzerne County SPCA wants to remind folks there are other options for unwanted animals. They ask that you contact them if you are having second thoughts about your pets.