WILKES-BARRE — A 45-year-overdue book was returned Tuesday to the Osterhout Free Library. John Hannon said he read the book “My Secrets of Playing Basebal... 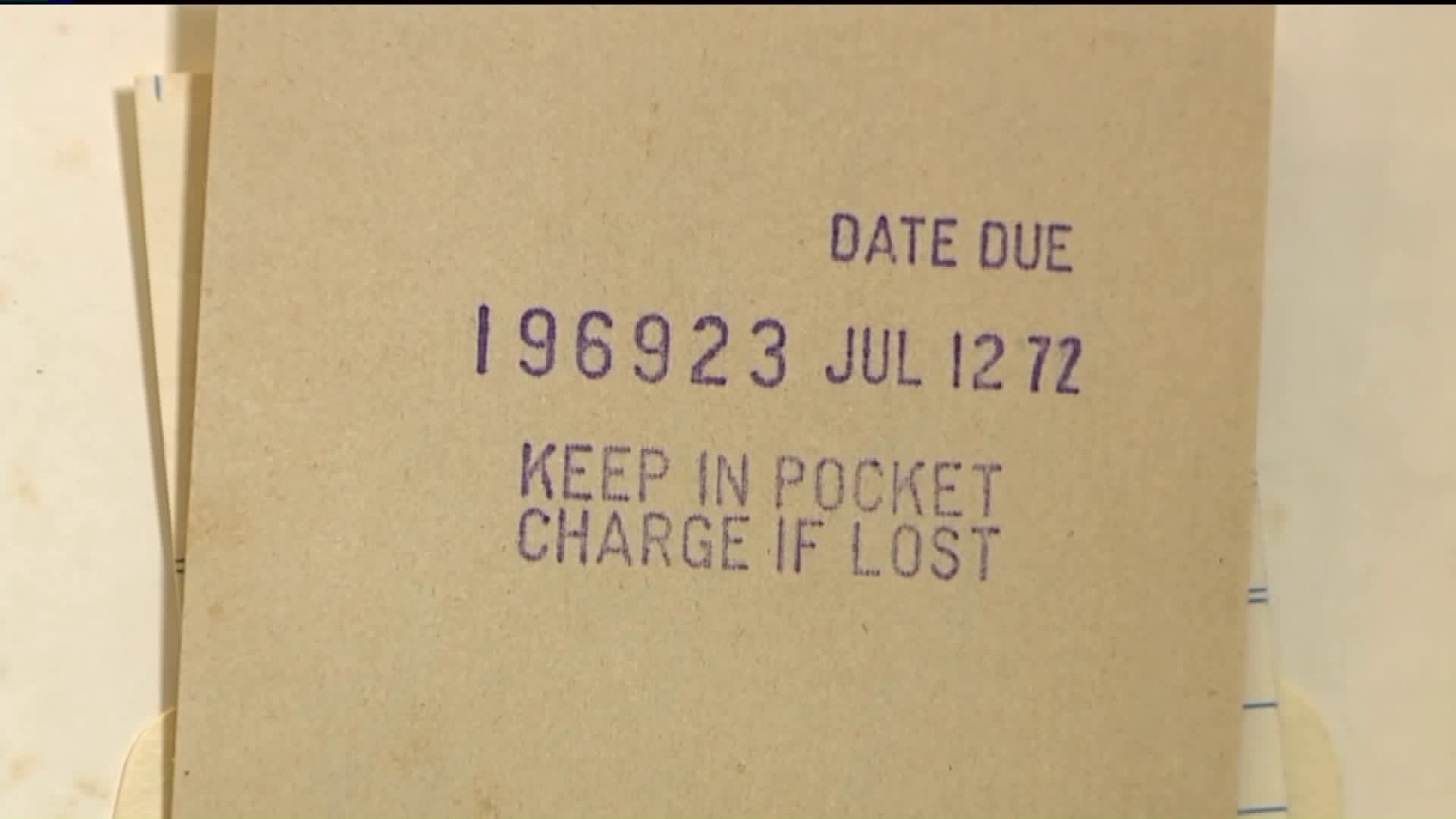 WILKES-BARRE -- A 45-year-overdue book was returned Tuesday to the Osterhout Free Library.

John Hannon said he read the book “My Secrets of Playing Baseball” by Willie Mays a couple of times as a 12-year-old kid in Wilkes-Barre. However, he never meant to hang onto the library’s book for nearly half a century.

“It was in a box for years and years that was marked 'John's Stuff,' and I never opened it,” Hannon said.

Hannon said he thinks the book was packed up before the Agnes Flood of 1972 and it just stayed there for 45 years.

“I looked at the date and I saw 1972. Then I did the math, 45 years later! So I'm sitting there thinking, ‘How much are they going to charge for late fees,’” Hannon joked.

He was a little nervous about the late fees but knew returning it was the right thing to do. So with Willie May’s "My Secrets of Playing Baseball" in his hand for the last time, Hannon put the book back in the library’s circulation.

The librarian said, “A million dollars you owe! No, I’m just kidding.”

“No, we’re just so happy you returned it,” the librarian said smiling.

Believe it or not, John's book was actually the second latest late book in the library's history.  Coming in first was, “Val Rides the Oregon Trail,” which was taken out in 1941 and returned earlier this year.

“You know it's after a holiday so you think, ‘Oh someone is coming in to return a book that's been out for quite a while,’ and this is that book. We thank him for bringing it back,” Stephanie Harchar of the library's circulation desk said.

John was just as happy to have the late fee waived as librarians were to have the book back.

“I'm not going to take any books out soon,” John joked. “But I do have a garage full of books that I'm going to bring down and let them have them.”

The next time he returns, John said he will be giving a few books back, but this time they will be donated.