PITTSTON — A man from Pittston is locked up on serious animal cruelty charges, accused of killing a cat by stabbing it in the head. Max Stevey, 24, was ar... 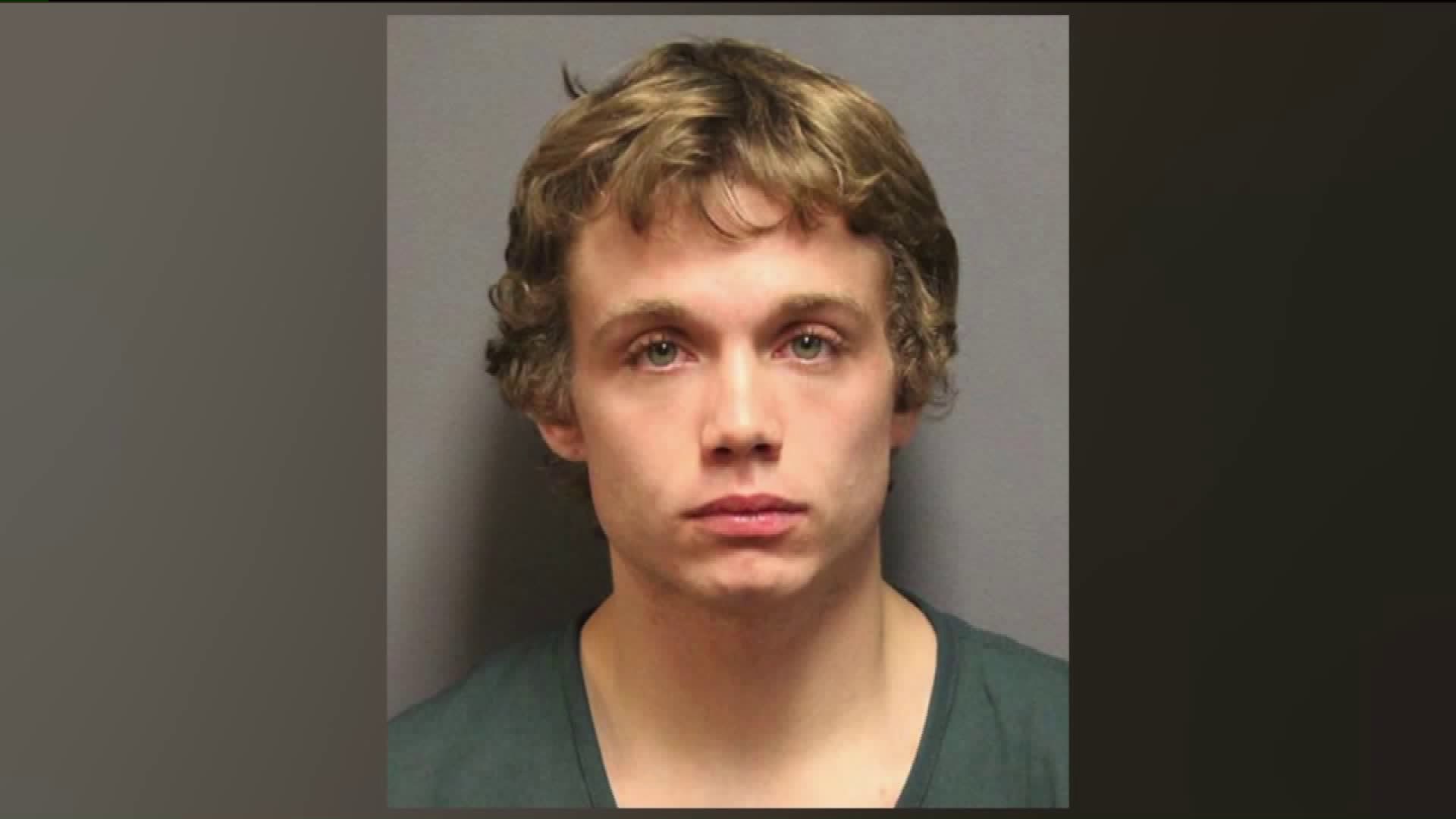 PITTSTON -- A man from Pittston is locked up on serious animal cruelty charges, accused of killing a cat by stabbing it in the head.

Court papers show the cat, named Ginger, was found dead last week inside a dumpster outside the apartment building in Pittston where Stevey lives.

Humane Officer Wayne Harvey was notified at the Luzerne County SPCA and made contact with Stevey, the cat's owner.

“He tried to give it a flea bath and evidently it got out of his window, went off a roof about 12 feet down, hit its head, probably on the pavement down below,” said Officer Harvey. “And rather than take it to a veterinarian, to put it out of its misery.”

Officer Harvey says Stevey told him “…he took a knife and stabbed the animal underneath its jaw to hit its brain stem to eliminate its suffering.”

“I just couldn't read him. He's like a wild card, pin-eyed, always walking around here in his underwear, sweating and like crazy stuff. He looked at me last week with that cat,” said neighbor Mark Serafin. “He was like I just got a cat and I literally said, 'Don't talk to me.' I just don't want to associate with him.”

Officer Harvey was able to file a felony charge against Stevey since the state just implemented harsher penalties for animal cruelty this summer.

Officer Harvey says Stevey may be the first in the county to face a felony charge, rather than a misdemeanor since the law was passed.

“The crime that he committed initially caused serious bodily injury and led to its death. That constitutes a felony of the third degree,” said Officer Harvey.

Workers at the apartment building where Stevey lives could be seen moving items from his place.

Stevey is at the Luzerne County Prison on $50,000 cash bail.