WILKES-BARRE — One day after a group protesting religious decorations in Public Square paid city officials to place a banner on a sculpture, a man that sa... 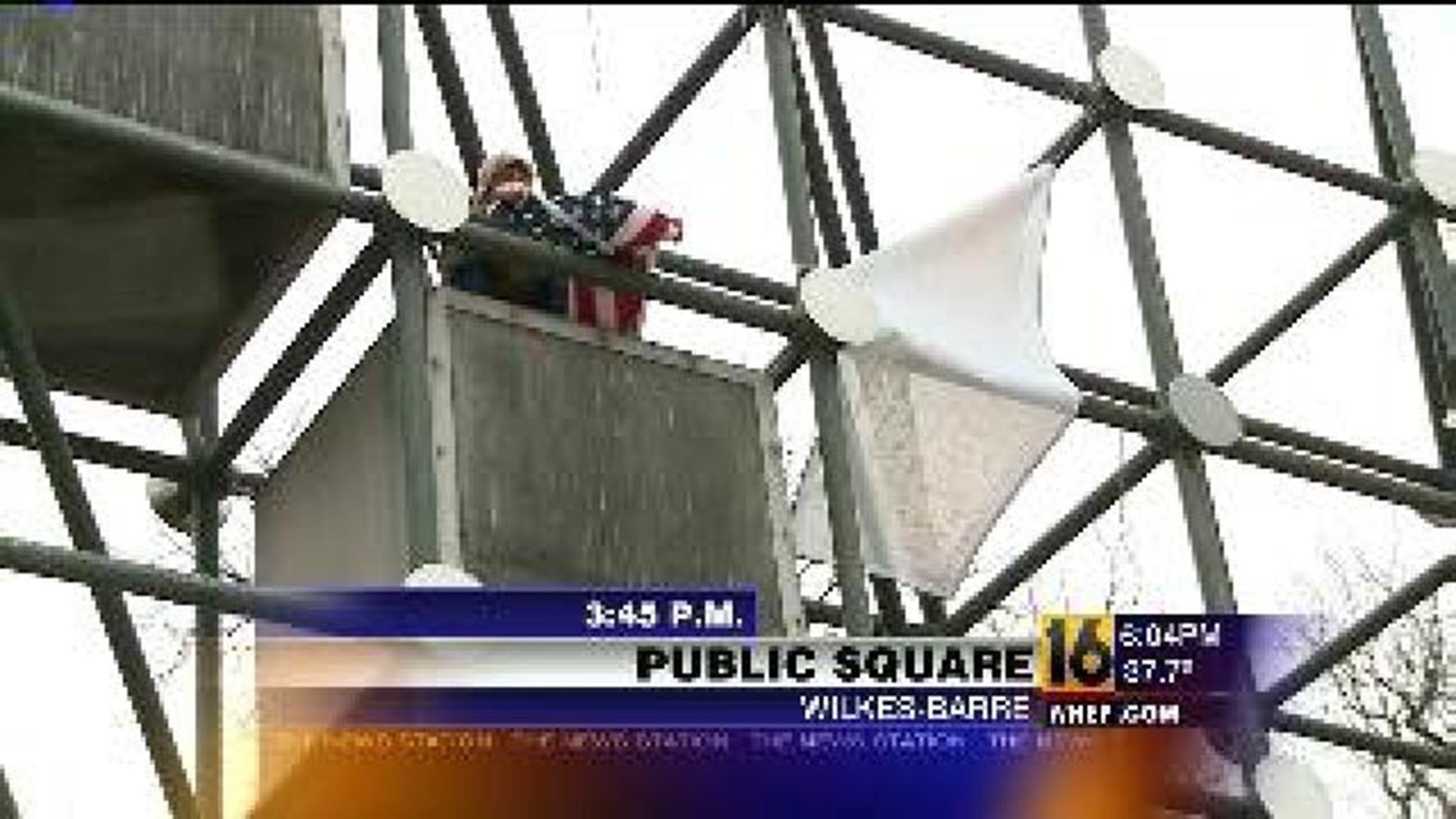 WILKES-BARRE -- One day after a group protesting religious decorations in Public Square paid city officials to place a banner on a sculpture, a man that said he is angry with the message cut it down.

Justin Vacula said that he paid the city $50 to hang the banner from the Freedom From Religion Foundation for a week, as a public protest against the city for allowing a Christmas tree, nativity scene and menorah to be prominently displayed on public property.

"There are no Gods, no angels, no heaven or hell. There is only but the natural world. Religion is myth and superstition that hardens hearts and enslaves minds,” said Vacula. "No messages, religious or a-religious, should be placed in Public Square. But until the religious messages are still available, we're going to put up a-religious messages in protest.”

Vacula said he and other members tried buying advertisements with the word “Atheism” to be placed on the sides of COLTS buses in Lackawanna County in March, but the County of Lackawanna Transit System board of directors said any religious message is against its advertising policy.

Several people who were working or shopping in downtown Wilkes-Barre and saw the banner told Newswatch 16 that they were offended by the group’s message.

"It's a shame that someone has to protrude such hatred on such a beautiful holiday season, just because they don't have the same thoughts or ideas as the majority of people who live in the area,” said Alyson Bartoloma.

Shortly before 4 p.m. on Thursday, a man who identified himself as Joe McDonald climbed about 30 feet up the sculpture, cut two wires holding one end of the banner, and left it dangling in the wind alongside an American flag that he had placed on the scaffolding.

"I just think in the light of the elementary school massacre in Connecticut, that we shouldn't be divided as a country over petty stuff like is there a God or isn't there a God,” said McDonald. "If they wanted to put the sign down here with us, that's fine because we're united. But to put it above everybody? No, it's symbolic."

Vacula said he plans on reporting the incident to the Wilkes-Barre police department.