LUZERNE COUNTY, Pa. — Kelly Dias of Beaver Meadows comes from a long line of Italian cooks, but when she really started mastering recipes, it was thanks t... 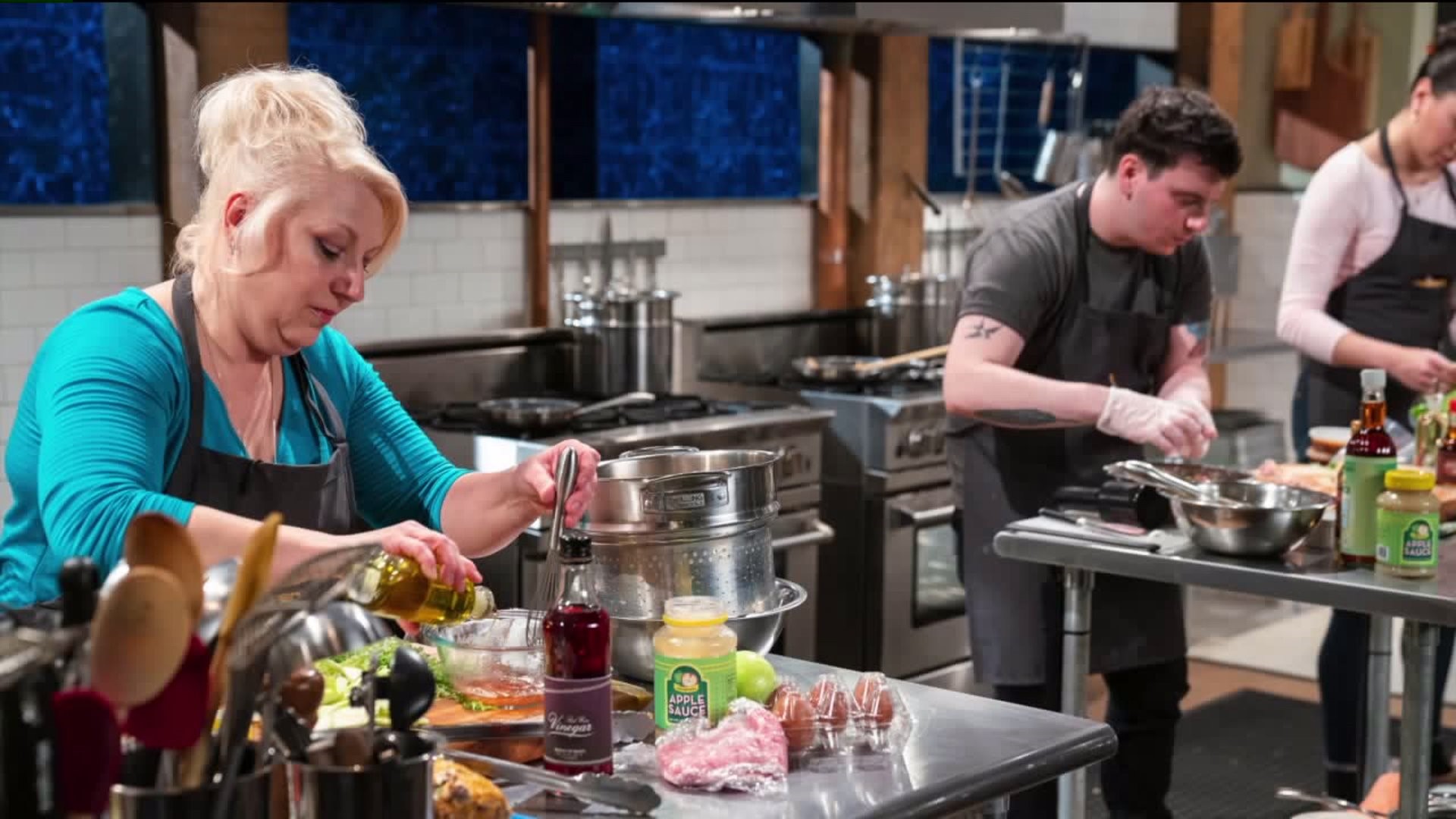 LUZERNE COUNTY, Pa. -- Kelly Dias of Beaver Meadows comes from a long line of Italian cooks, but when she really started mastering recipes, it was thanks to TV.

"My father would call me on the phone and say, 'Tootsie, turn Food Network on. I want you to make me what Emeril’s cooking," Chopped contestant Dias said.

Now that same channel is playing host to her television debut as a contestant on an amateur episode of "Chopped."

Just as her family got her into cooking, it was her children that pushed her to apply for the show.

"You need to go on that show you watch all the time on TV. I said, 'Which one,' they said, 'Chopped.' I said, 'Oh I'd go on Chopped!' Boom. A minute later, one of the boys had their phone out and the application up and an hour and a half later, we pressed submit," Dias said.

Dias was sitting at her desk at R&L Helpmates, an agency in Hazleton that provides personalized care for senior citizens and the disabled, when she got a phone call from New York City, telling her she had been selected for the first round of interviews.

"I jumped up, I ran and got my boss. 'Chopped called! Chopped called! Can you believe it?' she's like call them back, I'm like no I gotta calm down first!" exclaimed Dias.

When she filmed the show this past spring, there was another surprise.

Dias couldn't tell us what dishes she had to make on the show, but we have a pretty good guess - pork chops and applesauce!

Each contestant is given a basket of four ingredients and has a limited amount of time to prepare three dishes. One contestant is eliminated after each dish. Dias practiced with her youngest boys for months before the competition.

"They'd say 'Mom, let's play chopped!' okay. They'd go in my cupboards and in my refrigerator and pull four things out and say, 'Okay what are you gonna make?' Oh, I don't know, but I'd do it!" Dias stated.

Dias couldn't give away any spoilers, so we'll just have to tune in on August 27th at 9 p.m. to see if her practice paid off.