Police are after the person who was spotted throwing a dog out of a car. The animal shelter that rescued him says this is not the first time that happened this week. 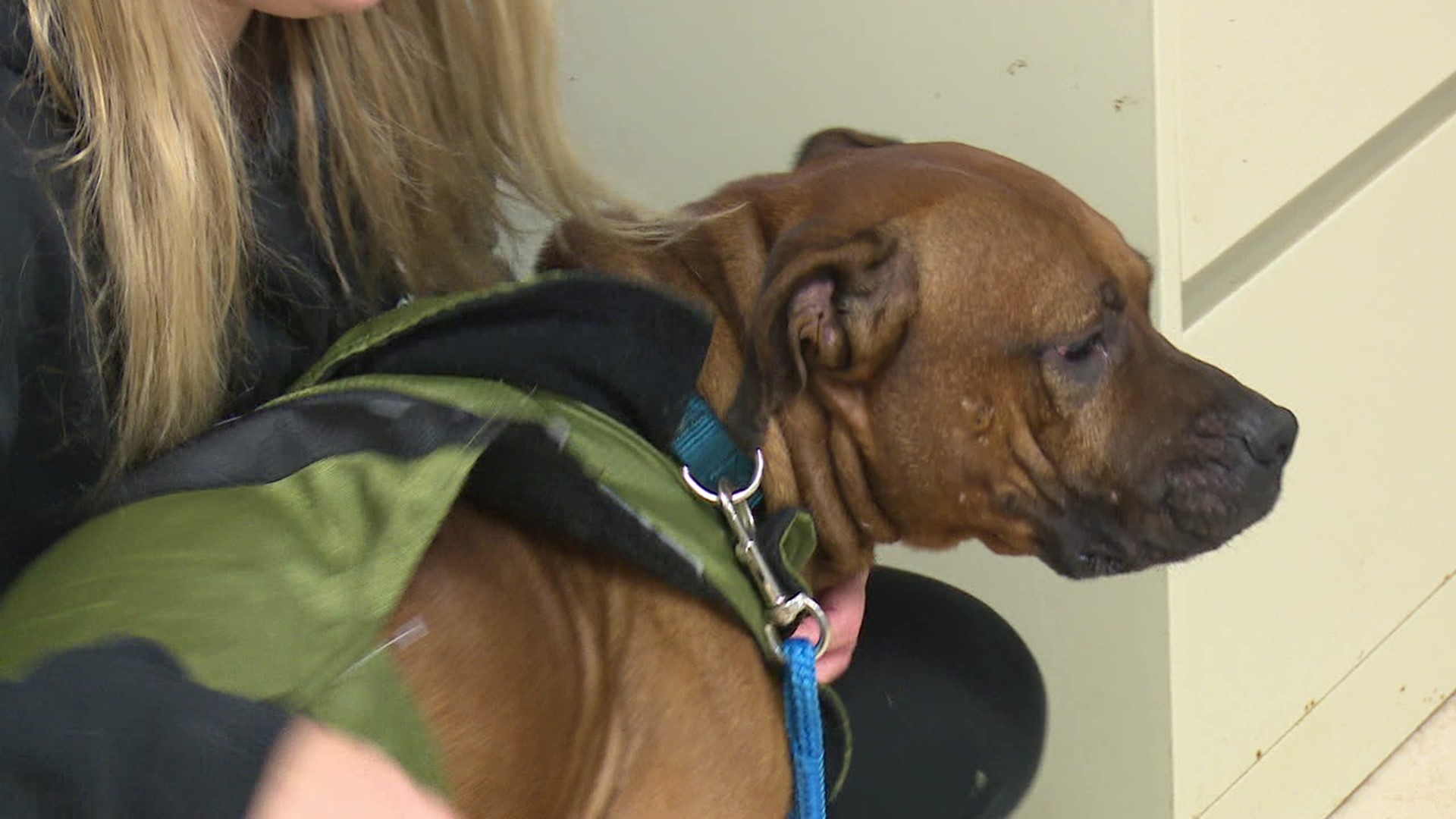 DALLAS, Pa. — Zach was playing around with his new friend, Emma Ripka, a senior volunteer at Blue Chip Farm Animal Refuge near Dallas on Wednesday.

Zach is his new name because the animal shelter staff don't know what his previous owners called him.

A friend of Ripka's saw the boxer mix get thrown from a moving vehicle and out into the street in West Wyoming on Tuesday afternoon.

"The dog chased the car for about a minute until he stopped and sat on the side of the road, and they sat with him, and the West Wyoming police officer, until I was able to get there and leash him and bring him to the shelter," said Ripka.

This is the second time in the last week that Blue Chip has rescued a dog after it was thrown from a car and abandoned in the street.

"We just see it so often that, it sucks to say it, it's really rare for me to get emotional nowadays because we just see it all, and it's so common that we're just used to it at this point," said Ripka.

The West Wyoming Police Department is handling the case. Officers tell us they do have a suspect, and they're hoping to have charges filed by the end of the week. That suspect will face two counts of animal cruelty charges.

"Stuff like this happens because they can't take care of the animal anymore and shelters are full, or they just, I guess, assume that if they abandon the dog, someone's going to pick it up and keep it. And other situations are if it was a bad situation and something happened, and they're afraid of the dog, and they don't turn it to a shelter knowing it's going to get euthanized. Not all shelters do that, obviously, but people just think it's a better option sometimes when they don't think there's any other choices," said Ripka.

Ripka says that's why it's important to research the breed of dog you're getting ahead of time.

Zach is not up for adoption yet, but if social media is any indicator, once he is, Zach will have no problem finding his forever home.