PLAINS TOWNSHIP, Pa. — Leaders from municipalities and school districts in Luzerne County met on Tuesday in an effort to keep litter off the streets. Ciga... 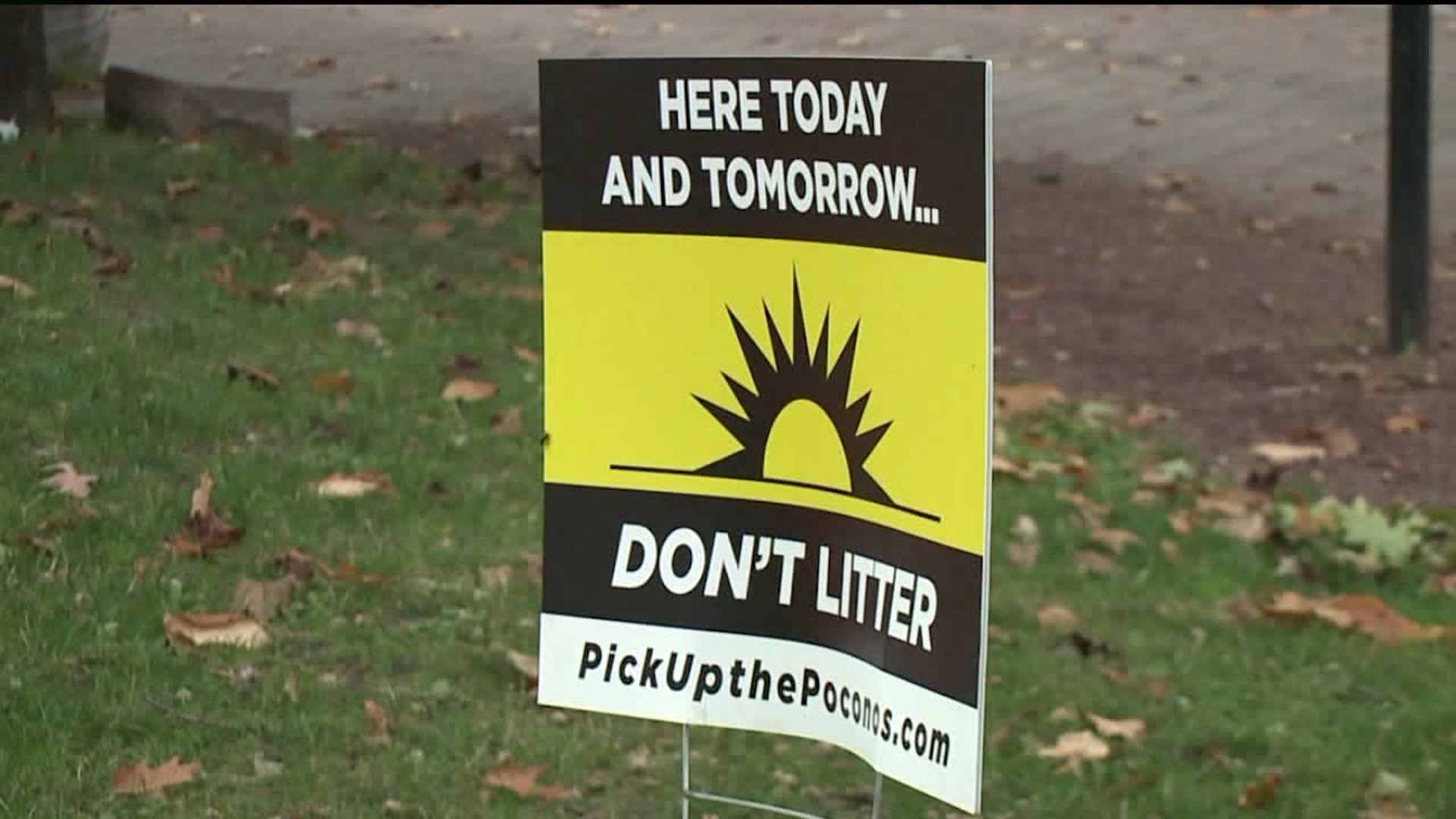 PLAINS TOWNSHIP, Pa. -- Leaders from municipalities and school districts in Luzerne County met on Tuesday in an effort to keep litter off the streets.

Cigarette butts in parking lots, trash along the side of the road, and illegal dumping -- Theodore Wampole, the executive director of Visit Luzerne County, calls littering an issue that could hurt the region economically.

"It's all about curb appeal from the tourism side. If we can't affect the curb appeal, it does affect tourism," Wampole said. "It filters down to the lowest common denominator and has a negative impact."

"It's very important to have a good first impression, your first impression is usually your last impression and an everlasting impression, so we really want to try to focus on cleaning up the sidewalks and the streets and the entryways into the city so that when people leave, they want to come back," said Hazleton Mayor Jeff Cusat.

At the Woodlands Inn and resort near Wilkes-Barre, tourism leaders from Luzerne County and the Poconos met with local government and school district officials to discuss how litter can be managed.

"I think it's very important to start an initiative at the very beginning like we're doing here right now, partnering with other communities in an attempt to clean the city up as best we can," said Butch Frati, director of operations for the city of Wilkes-Barre.

"We share ideas from the other municipalities, what works for one, what hasn't worked, and where we'd like to go. That way we don't waste time on something that somebody has already tried," Mayor Cusat said.

Wampole said a primary goal of this summit is to help spread awareness, and he's hoping these signs help with that initiative.

"We have been distributing to the municipalities that have been interested, and you're starting to see them show up," he said.

Officials in Wilkes-Barre say the signs have already made an impact. These signs were donated to Visit Luzerne County by its tourism partners in the Poconos, but it has plans to get help from area students to design an anti-littering sign of their own.