KINGSTON TOWNSHIP, Pa. — A final farewell for a former firefighter in Luzerne County. Firetrucks were lined up outside Trucksville United Methodist Church... 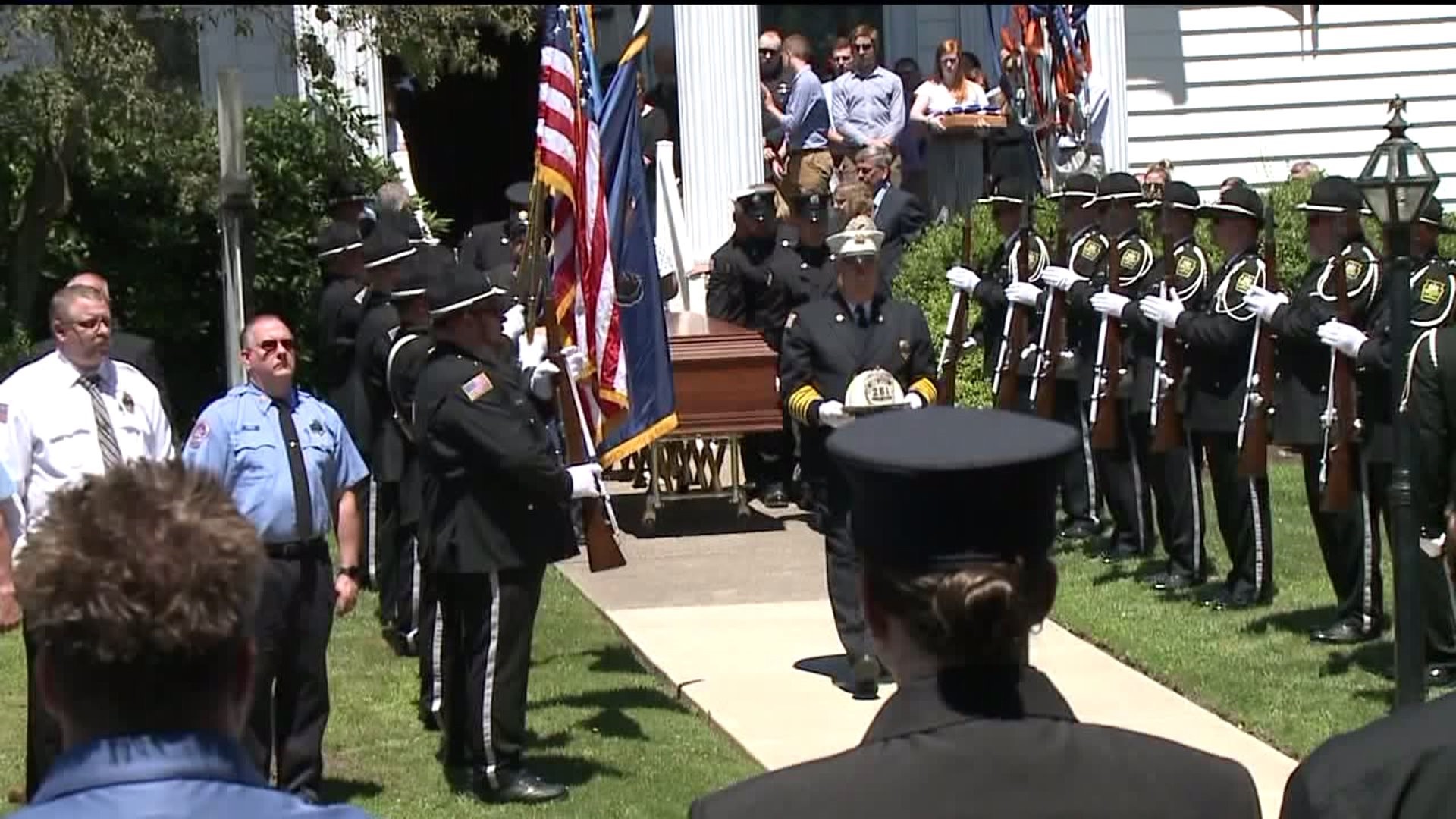 KINGSTON TOWNSHIP, Pa. -- A final farewell for a former firefighter in Luzerne County.

Sowga's casket was lifted off a Shavertown Volunteer Fire Department truck and carried into the United Methodist Church in Trucksville by his brothers in the department.

Sowga died suddenly from a medical emergency last week. It was shortly after that, that the fire department began planning its role in his funeral services.

"Assistant Chief Sowga's been with us for 29 years," said Shavertown Fire Chief Gary Beisel. "He's been my assistant chief for 16, and when a person sacrifices for their community for that long a period of time and the things that he's done for this community, you just have to memorialize a person like that. You can't just let them go."

Chief Beisel says Sowga's service went beyond fighting fires. In 2017, he won the Medal of Valor for saving a woman from her burning home in Dallas.

"He's worked breakfasts. He's helped others. He's done for us. This just needed to happen, not just for his family but for the members of this organization as well."

Sowga was a veteran of the United States Navy and worked in the Department of Corrections at SCI Dallas. Each had a presence in his funeral services.

"Erik was just that kind of person. He would do anything for anyone and he gave everything to his community, to his country, to his family, and that's the only thing we can say."

Services for Sowga ended with a final ride on the firetruck through Luzerne County.

"We did what we thought needed to be done for him, and I just hope that he rests in peace and he appreciates the thing that happened here, and I hope he saw us all because we're here for him and we'll be here for his family for eternity," the chief added.

Sowga leaves behind a wife and three children.

Instead of flowers, the family requests donations be made to the Shavertown Volunteer Fire Department.