KINGSTON, Pa. — Officials in Luzerne County say a letter sent to some parents in one school district is inappropriate. The letter warned of potential pena... 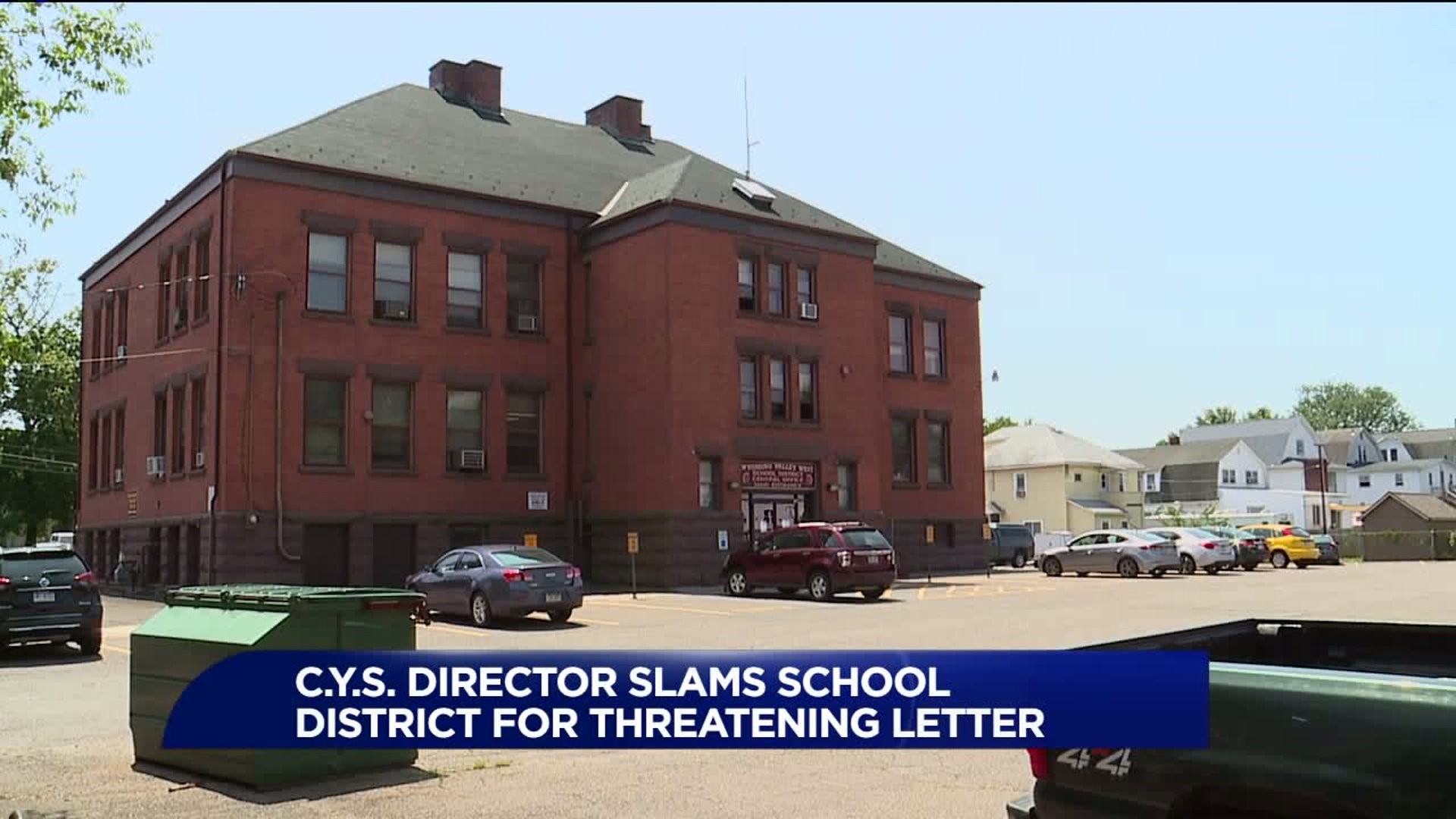 KINGSTON, Pa. -- Officials in Luzerne County say a letter sent to some parents in one school district is inappropriate. The letter warned of potential penalties -- including losing their children to foster care -- if parents did not pay their children's overdue school lunch bills.

"The parents are calling, and asking, 'is this true?' Are we going to take their children?" Van Saun said.

Van Saun learned Tuesday night of the letter sent out to about 1,000 parents in the Wyoming Valley West School District.

"It's just outrageous, you know, and unacceptable," Van Saun said. "This causes more antagonism so that when we're knocking on the doors, families see us more as a threat instead of an agency that will provide support and lend assistance."

Van Saun notes that only the courts, and not Children and Youth, can order a child into foster care, and no one connected with the court system who we talked with can think of a case where a child was taken away from their home because their parent did pay their lunch bills.

Wyoming Valley West School officials sent the letter to about 1,000 parents after it says it made several efforts to collect more than $22,000 in unpaid lunch money over the last school year. The letter indicated that parents could be sent to dependency court for neglecting a child's right to food. The result may be that the child would be taken from home and placed in foster care.

"This to me is terrorizing children and families. And it was just so unnecessary," Van Saun said.

Van Saun says the letter is making it tougher for CYS staffers, who often struggle to reach people in need.

She says it could also be tougher on parents who received the letter.

"When we send this letter, what are children and families feeling? When they come to school will Children and Youth come to take them away? That's just a horrible, horrible message to deliver," Van Saun added.

Wyoming Valley West school officials tell Newswatch 16 the district's solicitor will answer questions raised by this letter on Thursday. We called several board members and only one talked with us on the phone and told us he had no idea the district even sent this letter out.