Loved ones grieve loss of teen killed in hit and run in Hazleton, police continue to search for driver

On the one-month anniversary of Hector Padilla's passing, friends, family, and police are hoping for answers that will lead to an arrest. 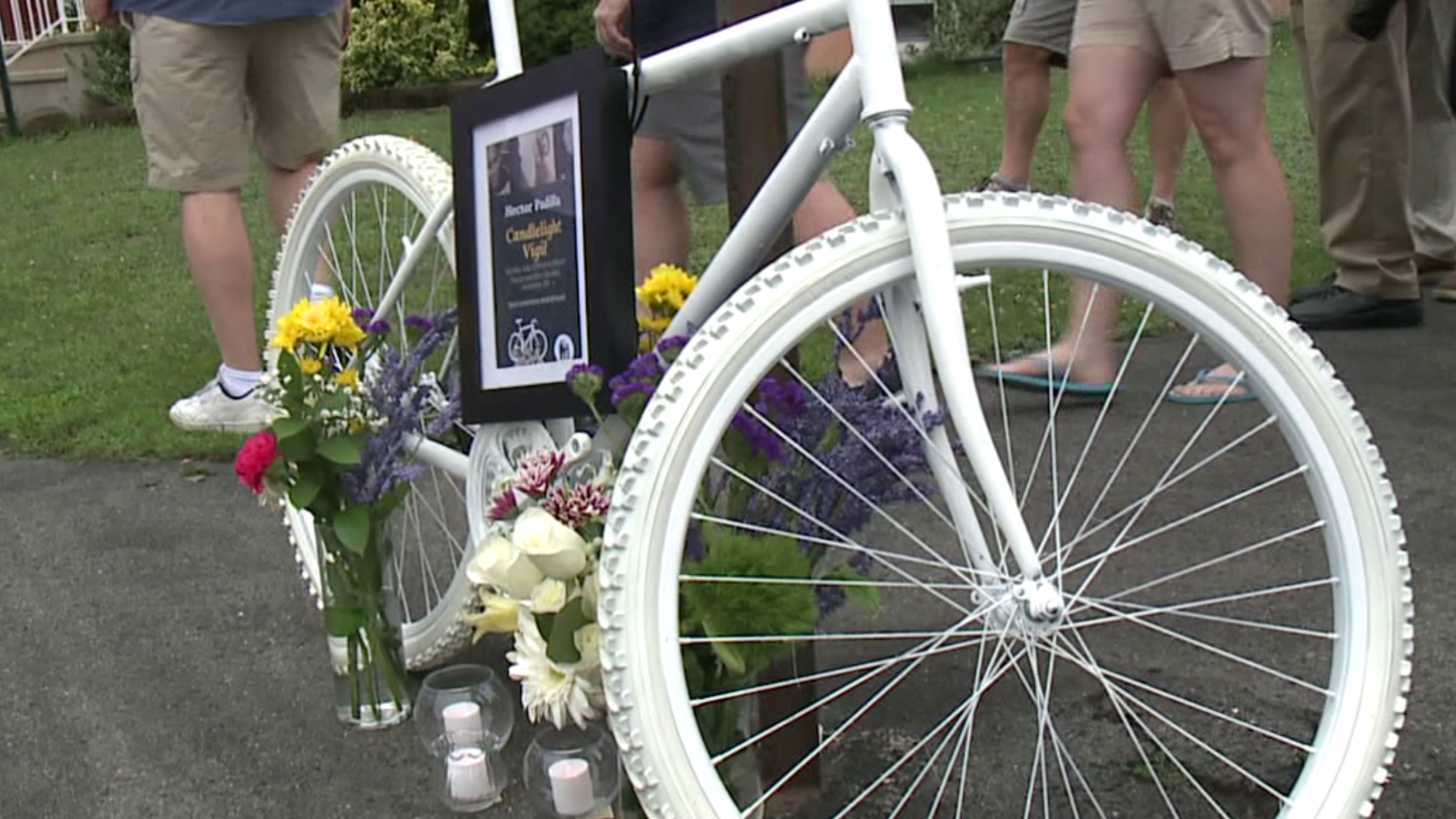 Family, friends, and police officers came together for a vigil in Hazleton one month after the teenager was killed.

Police said he was riding his bike along Poplar Street when the driver of a white four-door Chevy Silverado hit Padilla and drove off.

"Everywhere we go, he is like that missing piece - and it's hard," Padilla's uncle and godfather Manuel Rojas said.

The vigil was organized by the Hazleton Integration Project, which seeks to unite all of the different cultures of the city.

Padilla was a member for the past six years.

"This was a sweet boy. He just didn't have an enemy. He always had nothing but the nicest things to say," Founding president Bob Curry said.

The non-profit raised more than $5,000 as a reward for information leading to an arrest. It is continuing to raise money through its GoFundMe page.

"The officers have reviewed at least over 160 different video sources that have been provided throughout the neighborhood and other residents from surrounding this neighborhood," Chief Schoonmaker said.

Padilla's family tells Newswatch 16 he was an only child.

The date, one month after his passing, is his mother's birthday.

"She feels that Hector planned this because he didn't want to see her alone, and he still wanted her to celebrate. He wants to show her I'm still here for you," Padilla's aunt Katherine Ovallez said.

As the ceremony ended, balloons for Padilla flew into the air while his family and friends hope and wait for answers.

If you have any information that may help with the investigation, you're asked to call the Hazleton Police Department at (570) 459-4940.