Local Golfer Gaining National Attention for Kindness off the Course

DUPONT, Pa. — A professional golfer from Luzerne County is in the national spotlight and it’s not for what he did on the course. Dupont native Brand... 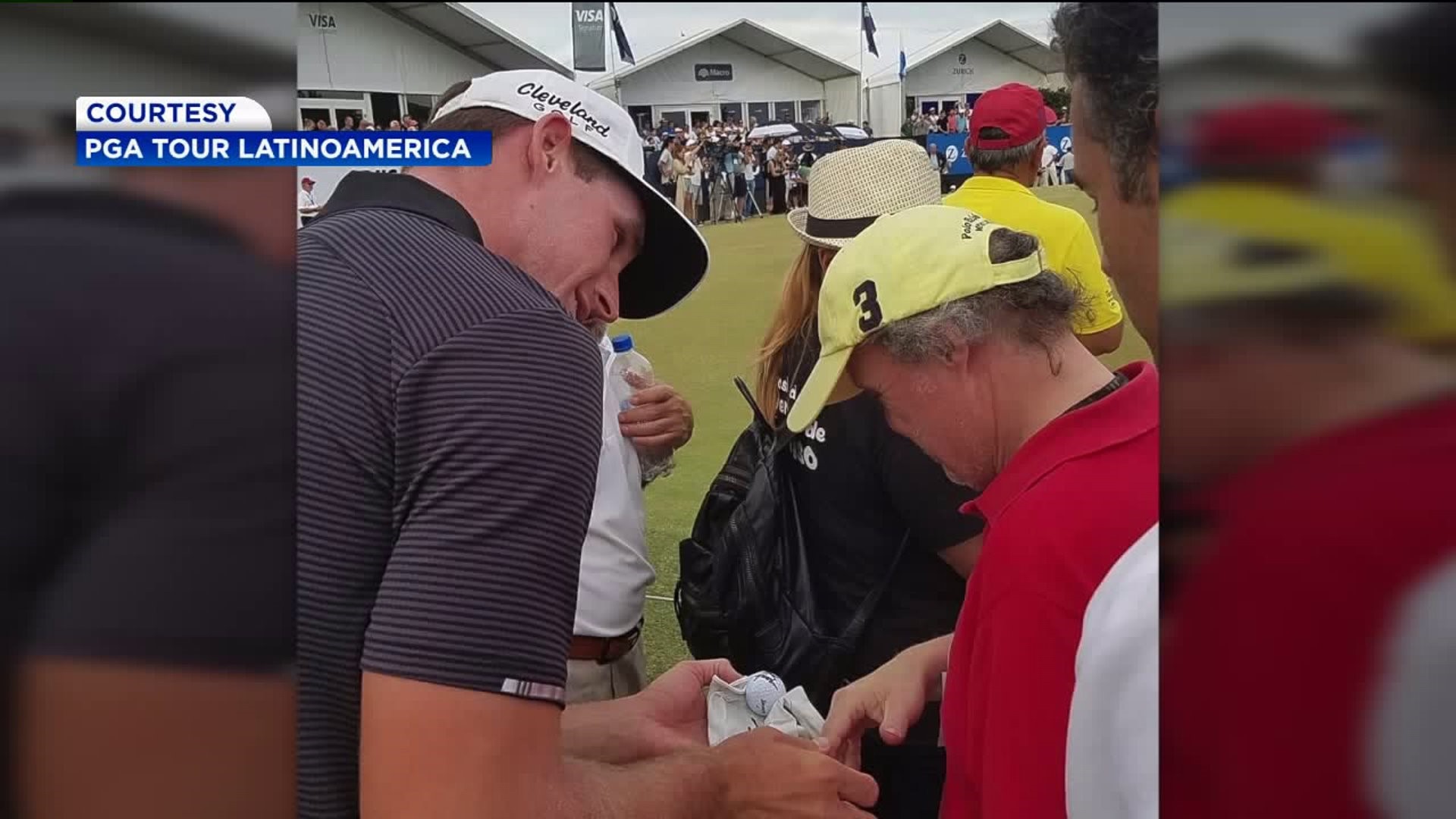 DUPONT, Pa. -- A professional golfer from Luzerne County is in the national spotlight and it's not for what he did on the course.

Dupont native Brandon Matthews missed his winning putt at a PGA tournament when a man yelled out as he took his swing.

But it’s how Brandon responded that’s getting him all the attention.

Speaking to us from his home in Florida, Brandon Matthews describes the last tense moments of the PGA tournament he was in taking place in Argentina on Sunday.

The 25-year-old Dupont native needed to make a putt on the final hole to tie for the tournament lead.

“At that kind of a situation, it's kind of a deafening silence so you can hear a pin drop basically,” said Brandon.

Brandon was teed up for that putt, when a man in the crowd shouts, startling him.

A video post to PGA.com shows Brandon’s reaction after he misses his shot.

"Some things in life are just bigger than golf."@B_Matthews12 missed a putt in a playoff of a @PGATOURLA event when a fan yelled in his backswing. It cost him the win and a spot in The Open.

When he learned that the fan had Down syndrome, he immediately asked to meet him. pic.twitter.com/kBbVNqNwsh

“I kind of turned around a looked at the gallery, and I was just in shock,” said Brandon. “I was disappointed that someone do that in my backstroke.”

Upset, Brandon returned to the locker room in second place.

But then the tour director tracked down Brandon and explained that man who yelled has down syndrome.

“Immediately I said, please take me to him,” said Brandon. “I gave him a big hug, signed a ball and a glove for him, basically at the end of the day, I wanted to make sure he didn't feel poorly about his actions.”

Pictures posted to PGA.com show the men meeting, making Brandon a national star for his kindness.

Brandon has already received local fame here in our area for his talents.

He won the state title in 2010 while playing golf for Pittston Area High School.

At his parents' home in Dupont, their pride is well displayed.

Brandon's parents say while they're proud to see him go so far professionally, they're prouder to see him hold on to the beliefs that were instilled in him back here at home.

Brandon credits his mother's work with those living with disabilities as giving him compassion for those with needs.