WILKES-BARRE, Pa. — On a mild summer night in the Miners Mills section of Wilkes-Barre, you could sense the energy and happiness coming from the Wyoming V... 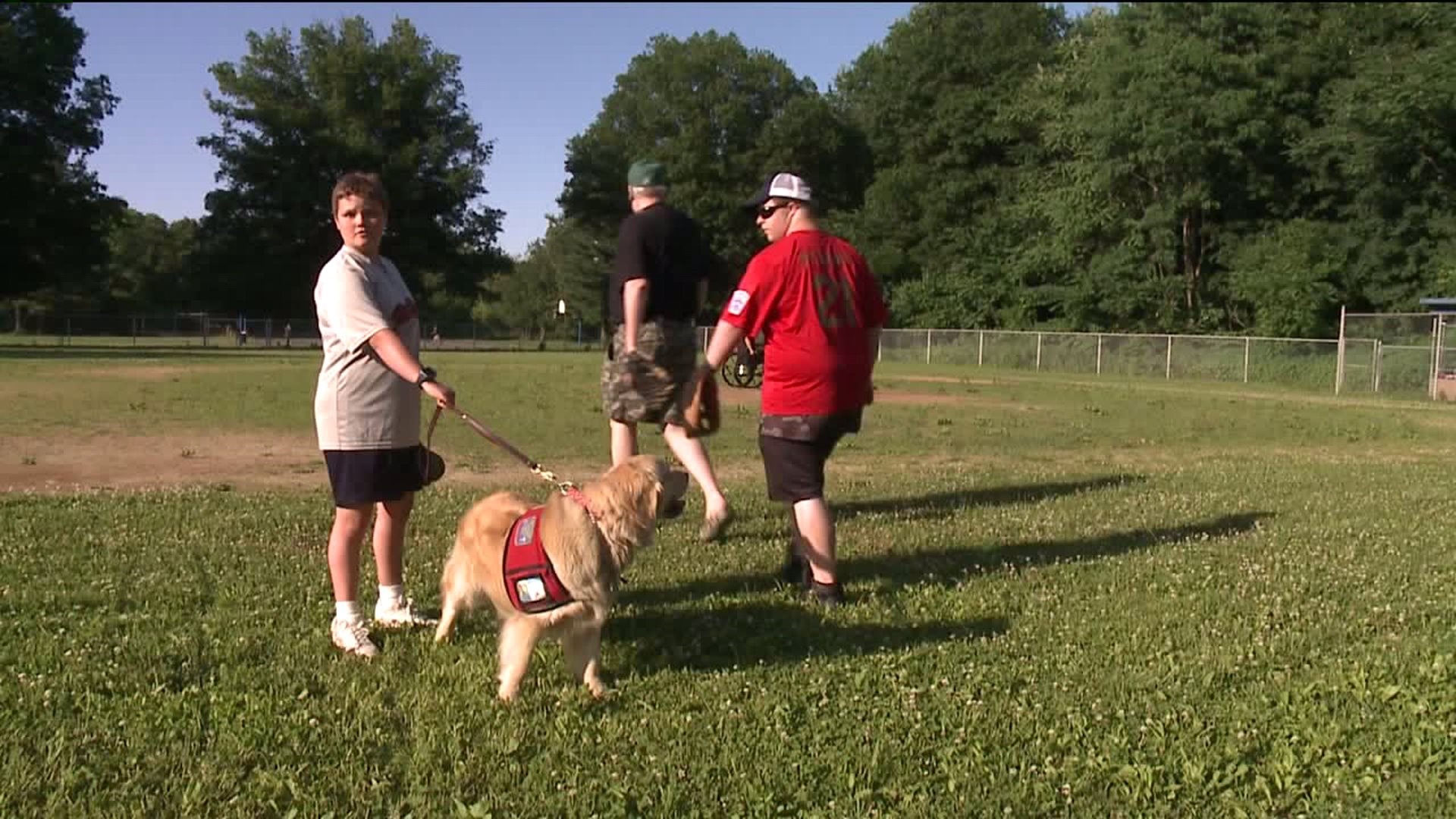 WILKES-BARRE, Pa. -- On a mild summer night in the Miners Mills section of Wilkes-Barre, you could sense the energy and happiness coming from the Wyoming Valley Challenger Little Leaguers.

That's because they finally have a permanent place to call home.

"Baseball is a lot of fun!" Michael Cheskiewicz of Mountain Top said.

"I like playing baseball with my friends," Ayden Thomas of Pittston said.

"I like my team," said Jim "Bubba" Scholten of Sugar Notch.

The cost to the league? $1 a year. All to make the field their home.

"There are no words," Vice President Heather Dapkins said. "We've wanted this for years. Our own field for these kids and now our dreams are coming true for them. This is their true field of dreams."

There's plenty of work to be done to the entire facility and the league says it needs help with funding, but parents say the thought of this becoming the little field of dreams for Challenger baseball will have a long-lasting impact on young athletes with disabilities.

"A lot of the kids that play in Challenger baseball, a lot of times they're segregated in their schools," information officer and parent, Stephen Cheskiewicz said. "In this way, it gives them the camaraderie, the friendships, the sportsmanship and the team play that they might not normally get in the school atmosphere."

Parents of the players have noticed that being apart of a team and playing a sport has helped their children develop social skills.

That's why having the entire field to themselves is so important.

"He's matured," board member, Dorothy Leptuck said when asked about her son. "I'd say he's matured. He has friends now, we have play dates. We had a birthday party and his friends came. We never had that before."

The league adds it has received donations and there are fundraisers coming up to support the project.