A man from West Wyoming wanted to give local kids a location to drop off letters to Santa if they couldn't see him in person before Christmas. 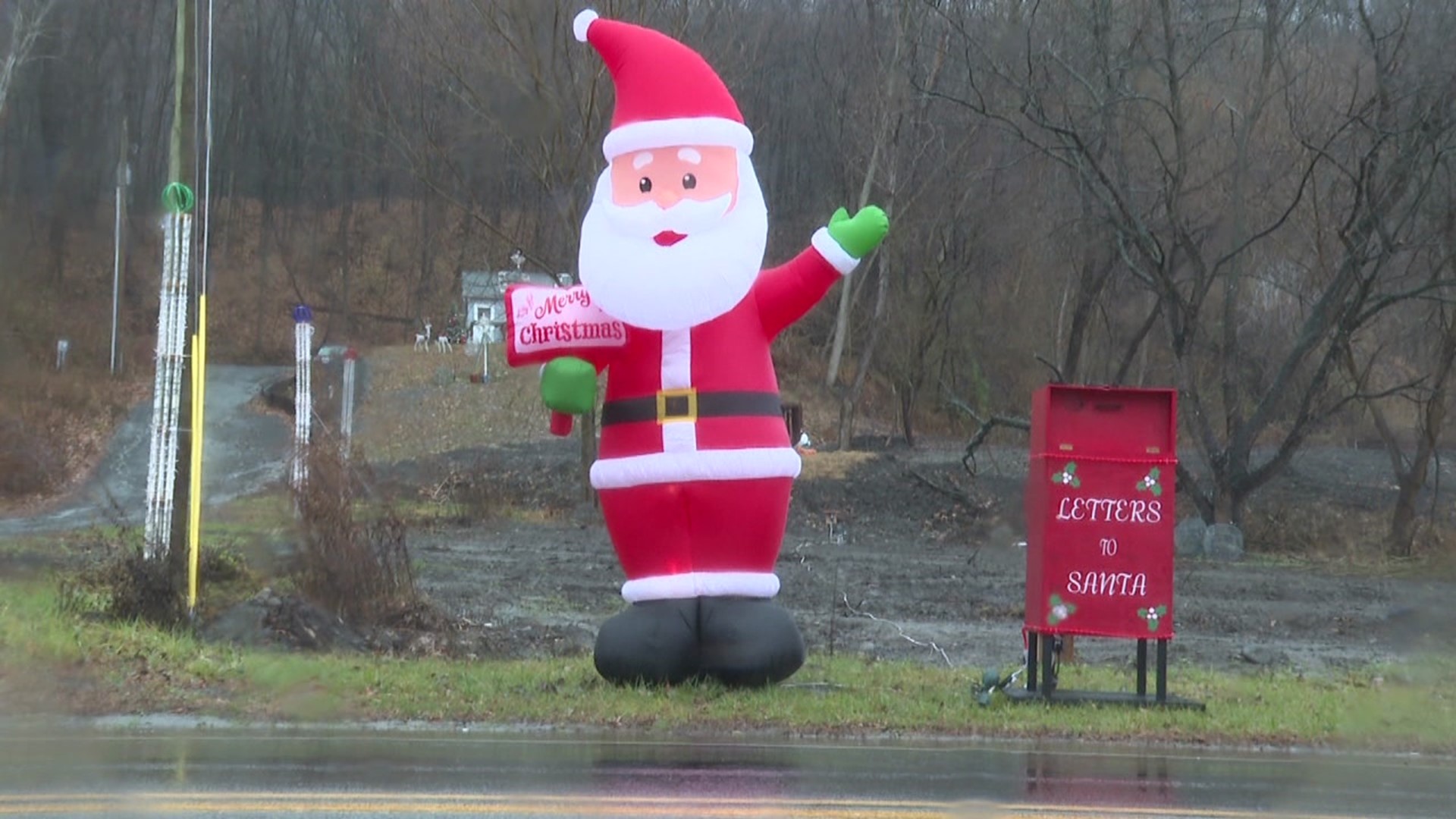 WEST WYOMING, Pa. — If you drive along Shoemaker Avenue, you may have driven by a Santa and a big red mailbox.

Nello Talamelli wanted to add something to his holiday decorations this year and the idea of a mailbox for kids to drop off letters to Santa came to him.

"It really took off I was expecting like 50 shares maybe in a couple letters but seems like it's going to be a lot bigger than we first expected," said Talamelli.

So far, Nello says they've received a good amount of letters to Santa from kids in Luzerne County.

Nello has two children of his own and being able to help spread holiday cheer is what this season is all about.

"I think it's really important this year especially with the COVID crisis going on that since a lot of kids can't get to the malls to see Santa himself that they have an outlet to be able to communicate their lists to him," he said.

The letters that have been dropped off have made their way to Santa and they are working on getting replies, but they are expecting a higher volume and already have some elves, ready to help.

"Word on the street is responding to all the letters as long as there's a good return address," Nello added. "Each of the letters is going to have a personalized response for each of the kids that we're writing up to mail them back. So, hopefully, it cheers some people up."

Nello says he is happy with the response he's received so far and he and his family look forward to seeing how many new letters come in each day.

"I go down at night and emptied out to see how many we got and the both of us me my girlfriend we both get huge smiles on our faces to be able to be part of this," he said.

If your child wants to drop off a letter for Santa, Nello asks that there is a clear return address to make sure Santa gets his reply to the right house.

The mailbox can be found at 1495 Shoemaker Ave, West Wyoming, PA.