WILKES-BARRE, Pa. — Police officers in blue and firefighters and medics in red participated in an active shooter training in the halls of Wilkes Universit... 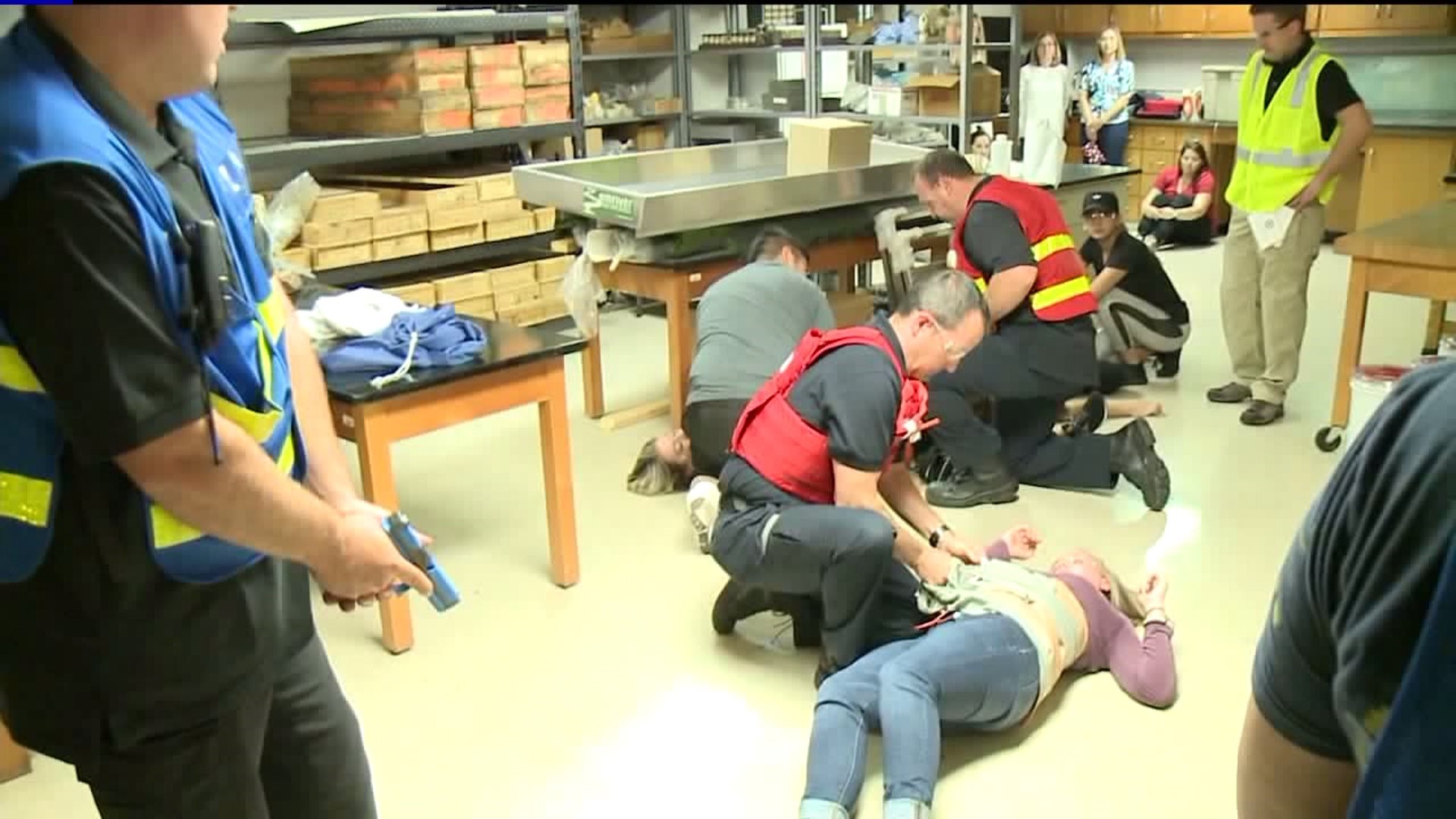 WILKES-BARRE, Pa. -- Police officers in blue and firefighters and medics in red participated in an active shooter training in the halls of Wilkes University in Wilkes-Barre on Tuesday.

"Down the basement, we've set up a situation where we have an active shooter, and there's multiple victims," explained Wilkes University Police Chief Christopher Jagoe. "Officers from outside will be heading in to confront an active shooter, and once it's safe to do so, we bring in the fire department and the EMTs to begin immediate care of people that have been injured."

That is what makes this training different than others these emergency responders from Luzerne County have attended in the past.

"It's the first time, however, we've done this integrated response with our partners in the fire and EMS side," said Jagoe.

"You can either be proactive or reactive," said Wilkes-Barre Fire Chief Jay Delaney. "Wait until something happens and then hope for the best, or get educated about all the right tools and be prepared to know what you're doing for an integrated response."

In addition to emergency responders, nursing students from Wilkes University also participated in the exercise as civilians and victims.

"It's tragic that this is what our world is, but it's something that we have to be prepared for as parents and students and as medical professionals," said nursing student Jaime Swanick.

"Being able to see law enforcement and first responders working together, learning from each other, being able to respond in the appropriate ways, working as a team, that's so important," said Luzerne County District Attorney Stefanie Salavantis.

These training sessions will continue until the end of the week in Wilkes-Barre.