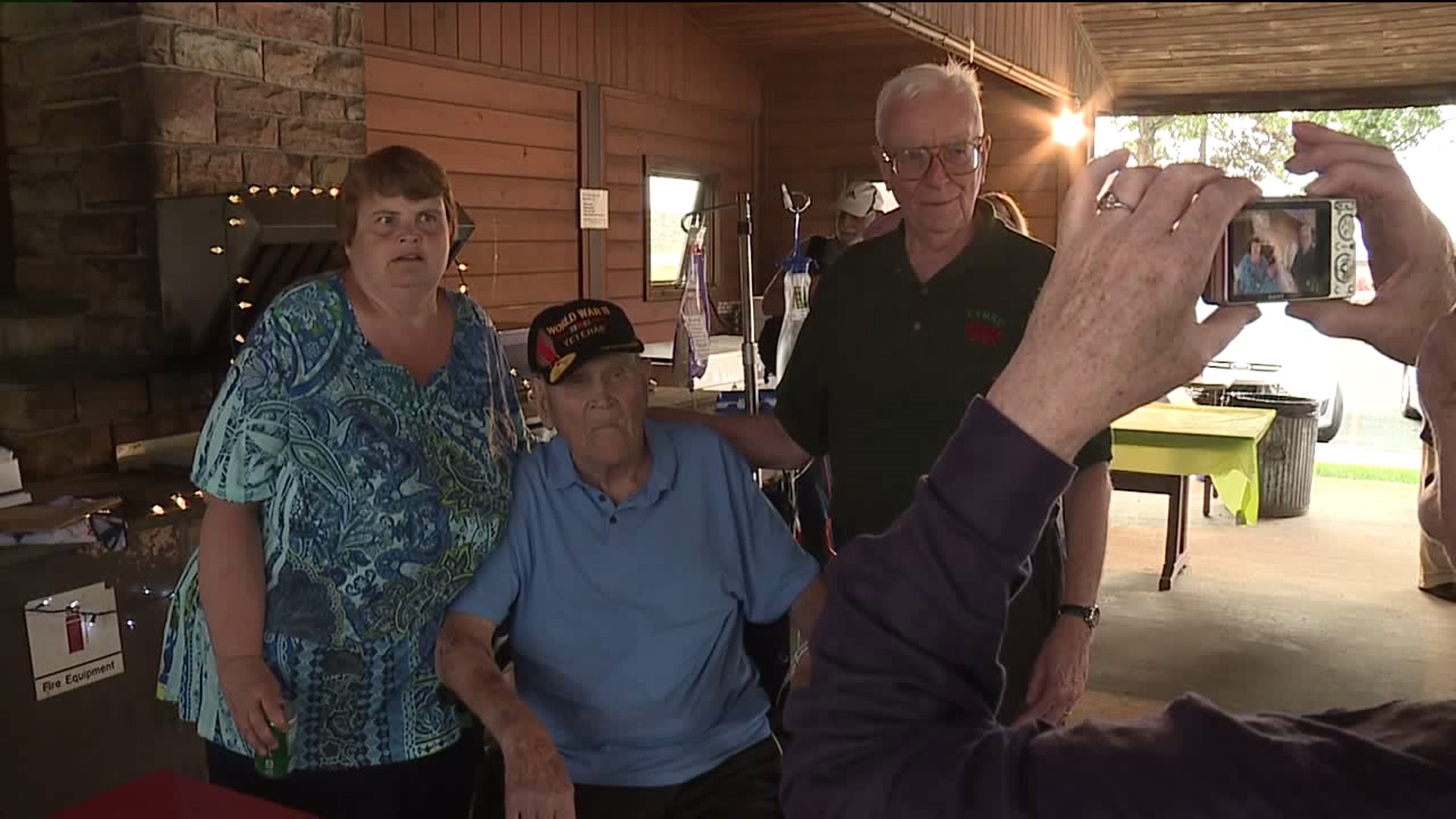 PLAINS TOWNSHIP, Pa. -- William Hastie has seen a lot during his life. He is a World War II veteran, stationed in western Europe carrying heavy artillery for the Army. He was president of West Pittston Borough Council. He is also the last survivor of the Knox Mine Disaster in Luzerne County, even risking his life to save others that day.

Hastie celebrated his 100th birthday at the VA Medical Center near Wilkes-Barre Tuesday night. Even though it's been 60 years since the disaster, he still thinks of the friends he lost that day.

"We had difficulties galore, but we overcame them except, well, we lost men," Hastie said.

On January 22, 1959, the Knox Mine was swallowed by the Susquehanna River, taking the lives of 12 men and trapping dozens more. Hastie was on his way to work at the mine in the Exeter area when it happened. Management told miners to keep digging--even when they were just six feet away from the riverbed. It took three days to plug the hole using railroad cars and mine cars to stop the raging water. Hastie worked to rescue the men who were trapped. He later found out his cousin died.

"He and another worker couldn't escape. They were not big men, and the boss of the crew was a huge man and he didn't give a darn for his crew."

A memorial near Pittston lists the names of the 12 men who were killed. It's an event which historians say spelled the end of deep mining in the Wyoming Valley.

"The flooding of the mine and the factors that were political and economic that led to the decision to mine where they did. It had a deep impact on how we proceeded going forward," explained Bode Morin, Anthracite Heritage Museum.

Hastie's daughter says his secret to reaching his 100th birthday is staying engaged. He reads the newspaper every day and works out.

"He rides a stationary bike 40-45 minutes, three or four times a week, and he would ride it every day. He's got tremendous energy," said Megan Hastie, his daughter.

While most of us get birthday cards from family and friends, Hastie also received cards from former president Jimmy Carter and from U.S. Senator Bob Casey.