Last Homecoming at Coughlin as School District Readies to Consolidate

WILKES-BARRE, Pa. — Friday night is the last homecoming game Coughlin High School in Wilkes-Barre will play as the Crusaders. The students held a pep rall... 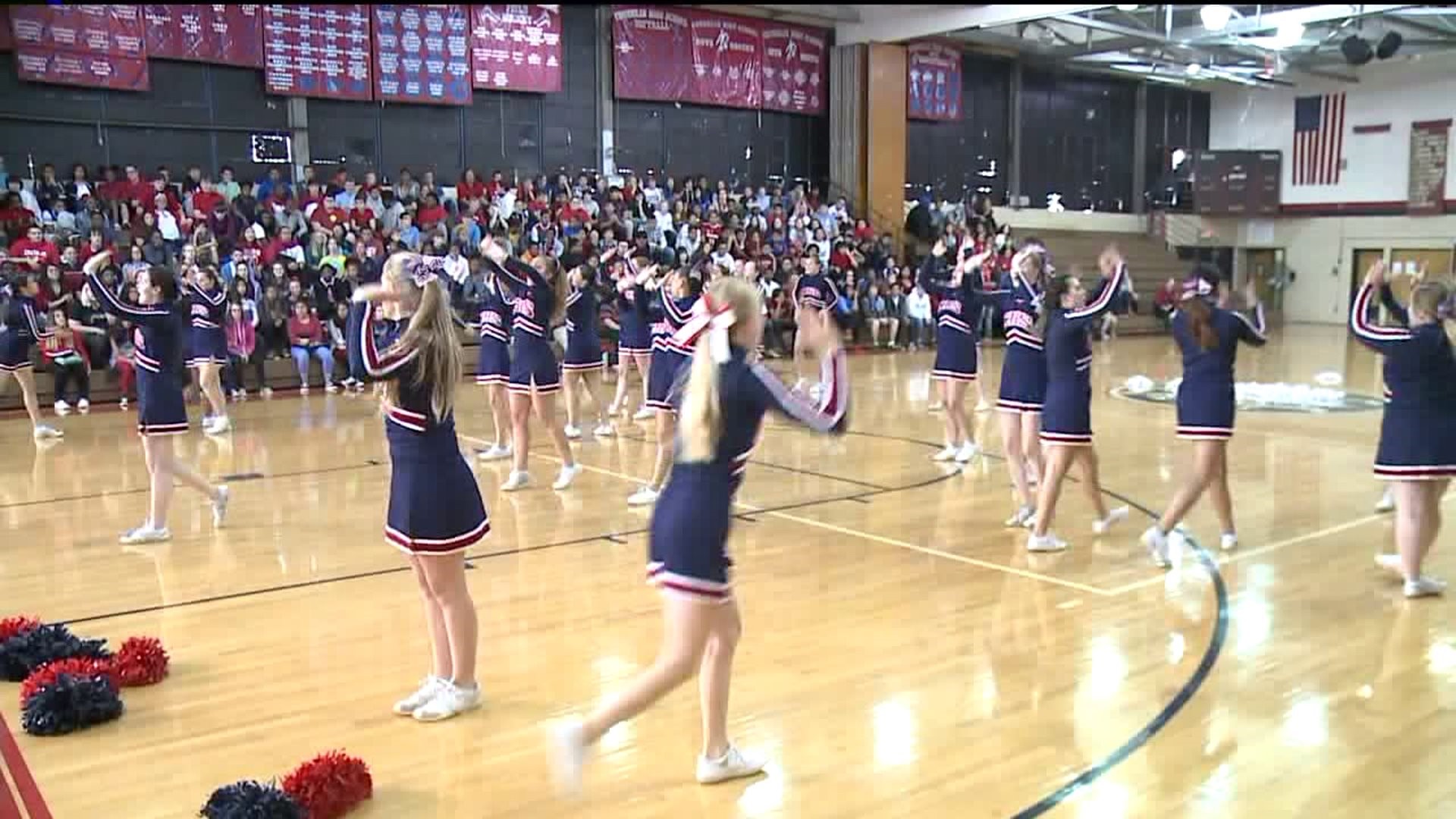 WILKES-BARRE, Pa. -- Friday night is the last homecoming game Coughlin High School in Wilkes-Barre will play as the Crusaders.

The students held a pep rally Friday afternoon on this day after the school district announced the new mascot for its new high school.

Coughlin students held their final pep rally before they will join the other two schools in the district and become the Wolfpack.

"It's crazy. It's pretty overwhelming knowing that such a long history of school and teammates are coming together for their last pep rally and last homecoming. It's a crazy feeling and I just hope we can all make the best of it," said student Emily Kukowski.

Next year, the school's athletic teams will be combined with the other two high schools in the district.

The school district announced they will become the Wolfpack.

"In the beginning, it was always a hard-fought situation. A lot of history goes between all three schools in the Wilkes-Barre area," said Coughlin Principal Hal Gabriel.

The school district is building a new high school for all three schools. It will be built on land in Plains Township in the next couple of years.

The district is not only getting a new mascot for the school, but also new colors -- black and Carolina blue.

I love it, actually," said student Ben Yozwiak. "I had heard it was supposed to be orange and blue, but I think the black and blue will look great."

The students and faculty voted on the colors and mascot earlier in the school year. The school board made the final decision this week.

"I think it's going to come together. I'm sure it'll take some hurdles and mountains to get through, but in the end, I think everyone is going to be happy," Gabriel said.

The students say even though their colors and mascot will change, they'll always root for their district to win.

The students will help design what the final Wolfpack mascot will look like.