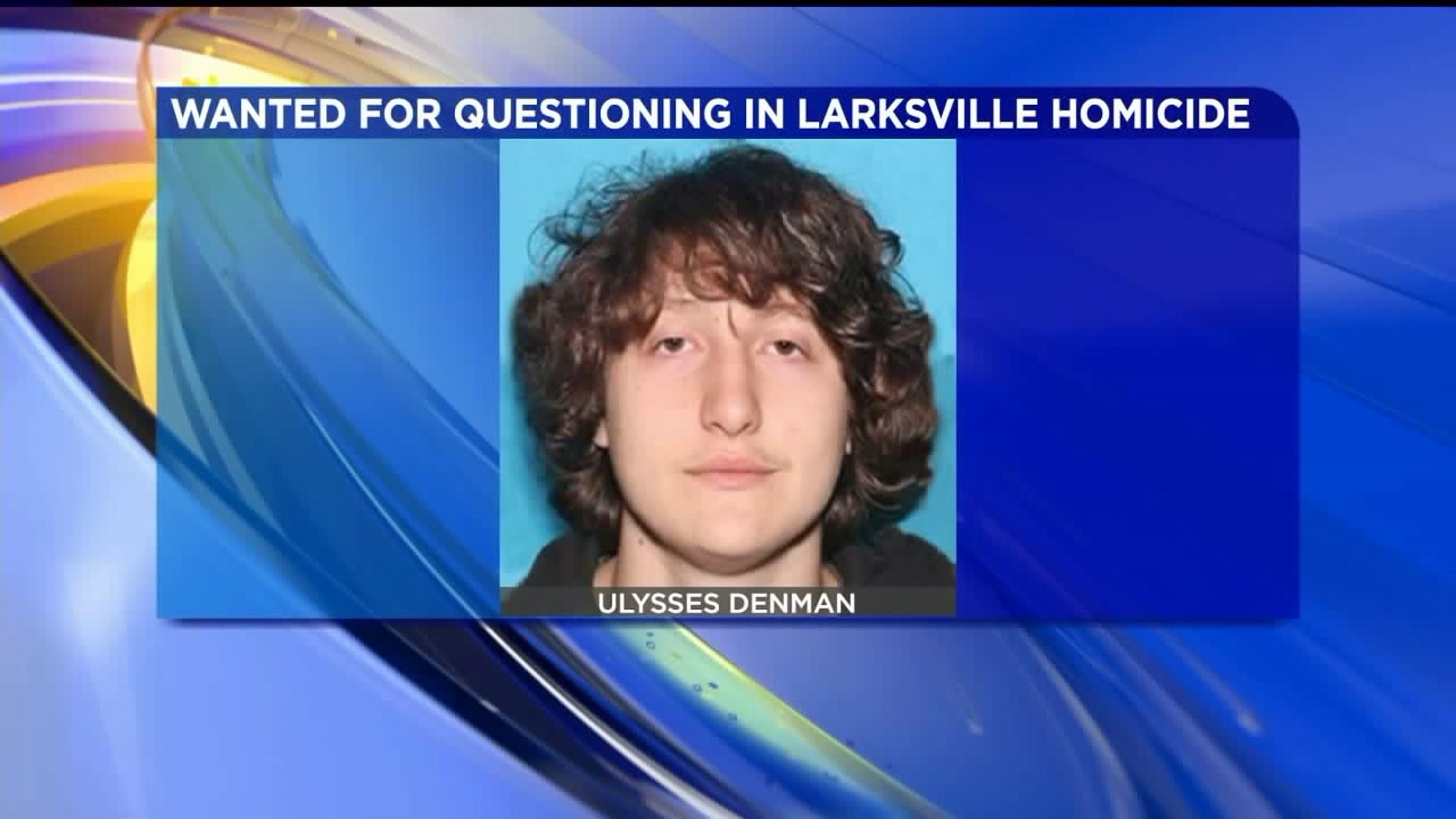 LARKSVILLE, Pa. -- State police now call a death in Luzerne County homicide and are looking for a person of interest.

Autopsy results show William Denman, 64, was shot twice in the head with a small-caliber weapon.

Denman's body was found Tuesday in his home on Washington Avenue in Larksville.

Investigators are looking for Ulysses Denman, 20, of Larksville. State police said he is the son of the victim.

Neighbors said everyone is feeling the loss because William Denman would hand out vegetables from his garden to people on the block.

“He'd give produce to everybody, and he was a really nice guy, and I think it's pretty crazy that bad things happen to such good people,” Dominic Bukuski said.

One neighbor said William’s death comes as a shock.

“To think someone would do this to him, I don't have words to say,” she said.

However, people said they had a sinking feeling something was off with Ulysses Denman.

“Just the way he walks. He didn't look at anybody. He always had his head down,” Bukuski said.

While state police continue their homicide investigation, neighbors say they're on high alert, making sure their doors are locked, and they're looking out for one another.

"I'm usually always outside or sitting inside. I'm always keeping watch. I'm like the guard dog of the house,” Bukuski said.

As police continue their search, neighbors are hoping for justice.

If you have any information about where Ulysses Denman might be, you’re asked to call state police in Wyoming at 570-697-2000.

Police aren’t calling him a suspect in the homicide, just a person of interest at this point.