‘Katana’ Restaurant in Wilkes-Barre Closing after Decades in Business

WILKES-BARRE, Pa. — After nearly 30 years, a long-time restaurant will soon power down the hibachis and close its doors for good. For 27 years, Katana has... 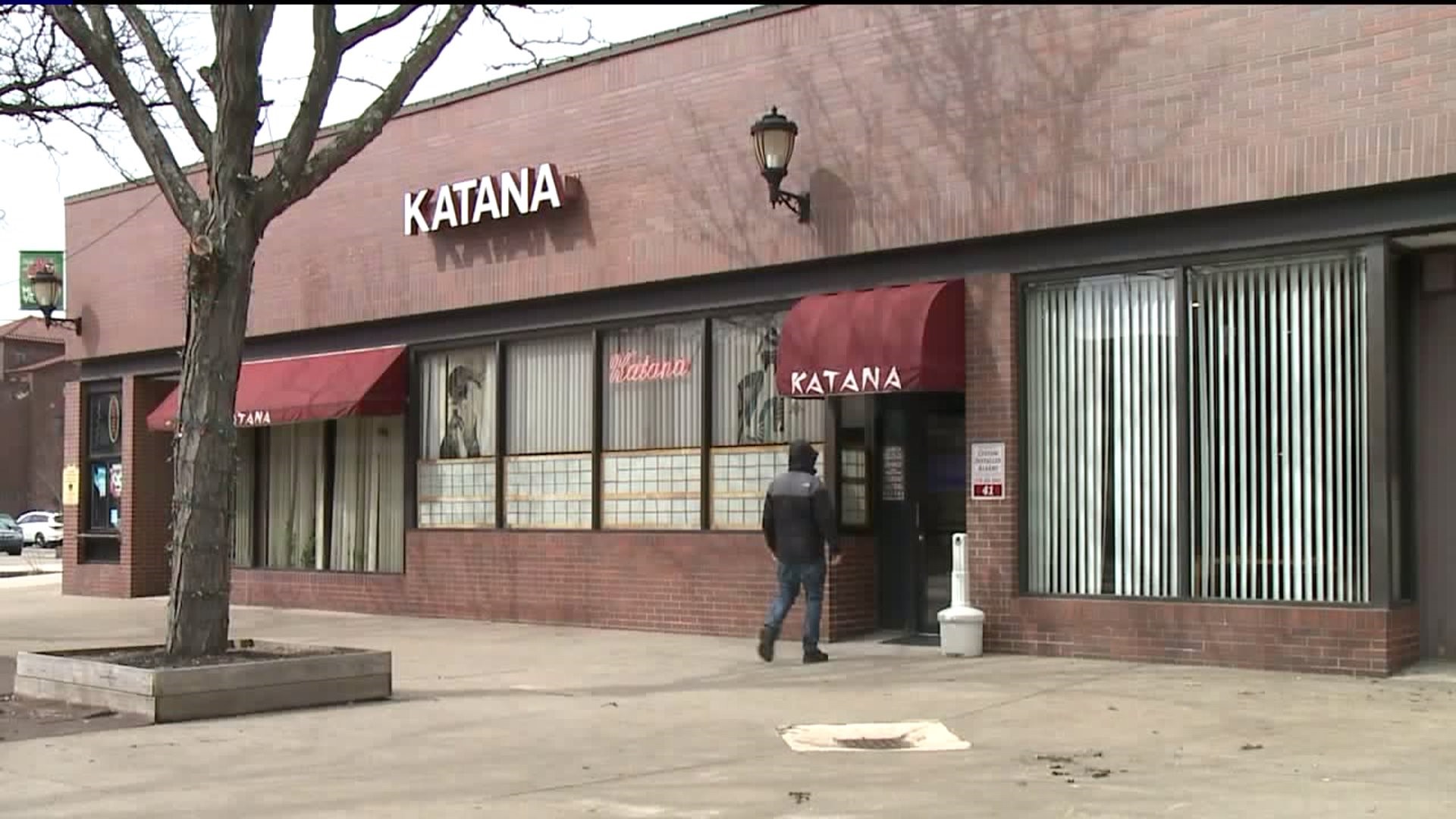 WILKES-BARRE, Pa. -- After nearly 30 years, a long-time restaurant will soon power down the hibachis and close its doors for good.

For 27 years, Katana has sat in this spot near Public Square in downtown Wilkes-Barre.

"Well, we felt like the area was ready for something new and different. We felt like when it first opened, hibachi would be really popular, but it ended up that people were very receptive to something new, and it really took off," owner Teresa Ei said.

Now, after all those years in business, the restaurant's owners announced they will be closing.

"It's a hard decision for us, but we're going to miss all of our customers and people that have really helped us make this business a success."

Teresa Ei and her husband run the Japanese restaurant. Her husband is originally from Japan.

"Our lease is up at the end of June, and my husband is in his 70s this year, and it's time for him to retire and start to enjoy his life a little bit."

Ei says the hardest thing about closing the restaurant will be saying goodbye to her longtime customers.

"I've been coming here ever since I was a little kid with my family. It was one of the first places they took me when I was a young kid and I continue to come here now with my wife," Richard Eckman said. "We're saddened to see it go, but we know that at some point, everybody does have to retire and move on."

Ei and her husband plan to close on June 1 and after that, they plan to nestle into life after retirement.

"We're going to take some months and do some projects, just unwind a bit. My husband's going to visit Japan for a length of time and just enjoy life a little bit and then regroup."