Is a 'restaurant revolution' catching on in Northeastern PA?

Some restaurants near Pittsburgh are reopening at full capacity in a so-called "restaurant revolution". 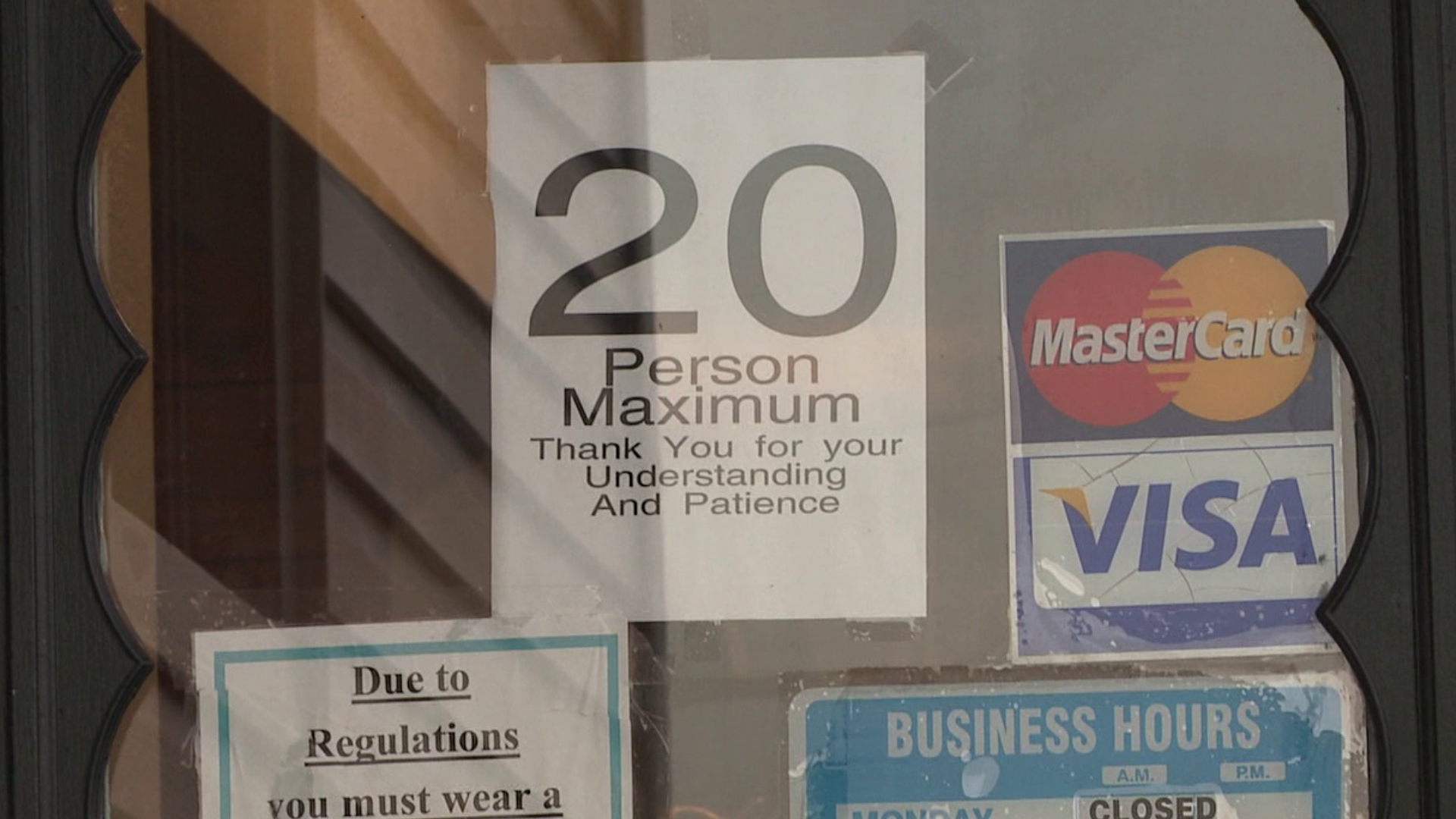 DURYEA, Pa. — A number of restaurants near Pittsburgh were planning on reopening at full capacity on Friday, despite the order from Harrisburg that they capped the number of customers inside at 25 percent. It's being called a "restaurant revolution."

However, that movement does not seem to be catching on in northeastern Pennsylvania.

Restaurant owners we spoke to in Luzerne County said it is just not worth it to be a part of the restaurant revolution, even though the governor's regulations are really hurting business.

It's slow at My Sister's Kitchen along Main Street in Duryea around dinner time with only 25 percent capacity allowed inside.

Co-owner Janet Russo said she understands why restaurants near Pittsburgh are banding together. However, her restaurant is not following suit.

"We don't want to be fined. We don't want to go against the rules. We're kind of rule people. We do what we have to do to get by, knowing that things will clear up and then we'll be back," Russo said.

It's much the same story at Giuseppe's in Nanticoke.

Owner Joe Ginther will not be joining the restaurant revolution, but he said the regulations the state has put on restaurants are straining.

"To limit a restaurant to 25 percent is really very, very difficult, very stressful. There's no money to be made," Ginther said. "We're basically just keeping the payroll afloat and paying the bills and that's about it."

Ginther said having outdoor seating has been a saving grace for his business right now.

Pasquale's in Hanover Township needed to get creative to add additional seating at its restaurant, putting tables and chairs in the parking lot.

Chef Vincenzo Festa said he will not be participating in the restaurant revolution either. He thinks it might not end up revolutionizing much.

"I don't think that's it's going to change anything. I really don't. The ordinances are in place for a reason," Festa said. "It does seem unfair but right now we just have to try to lock this disease down as fast as we can."

Restaurant owners we spoke to said they hope Harrisburg can come up with a solution to help them soon because seating will be even more limited as we head into the fall, and people can no longer be seated outside.