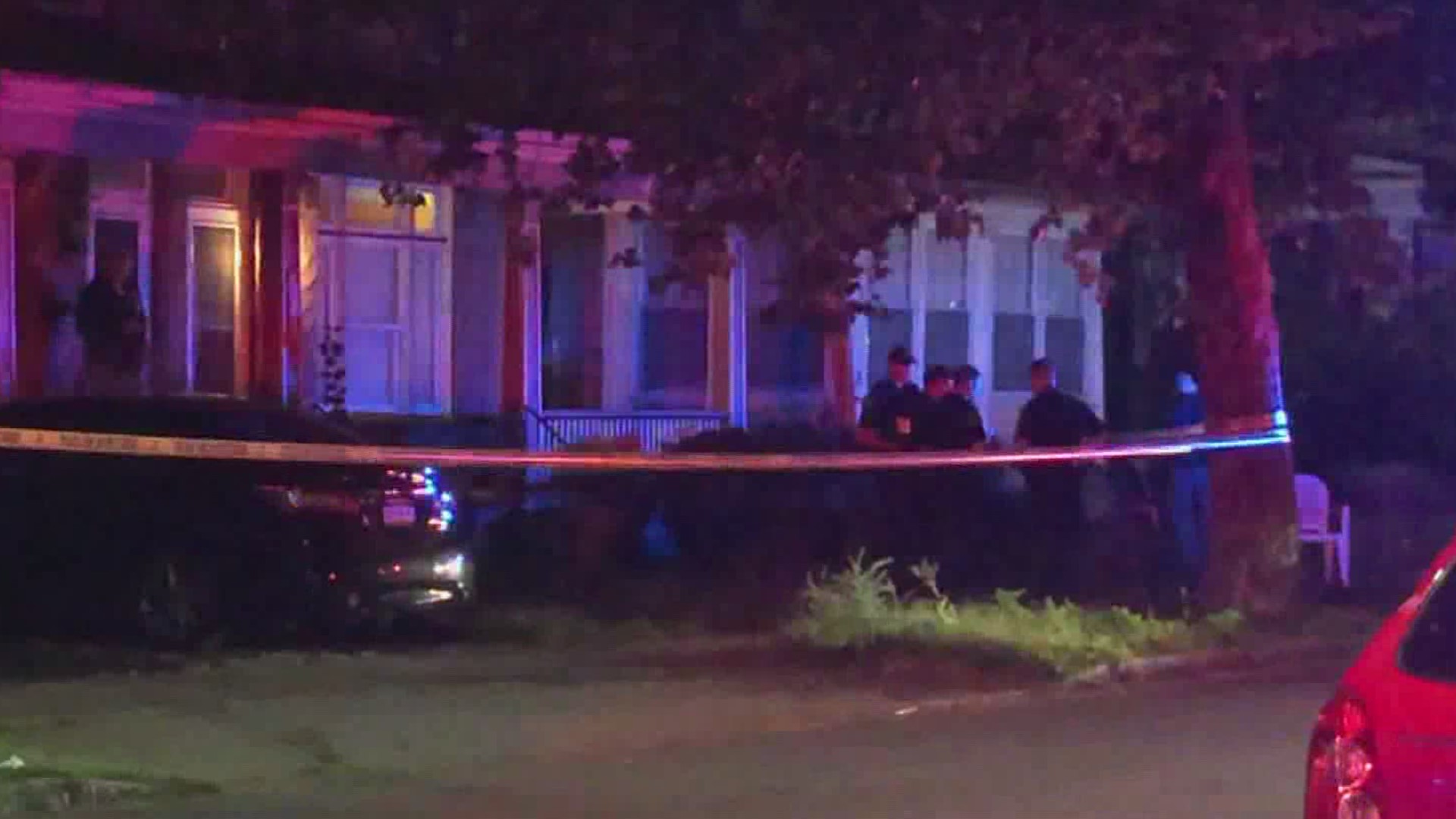 WILKES-BARRE, Pa. — UPDATE: Police say the victim, Mauric Dillon of Wilkes-Barre, was shot multiple times in the stomach and chest.

Anyone with information on the deadly shooting is asked to contact police in Wilkes-Barre.

Police were called out around 2:20 a.m. Friday after reports of gunshots in the 500 block of South Franklin Street in Wilkes-Barre.

Officers found an unresponsive male with multiple gunshots inside a residence.

Police have not released the name of the victim or indicated what led to the shooting.

"I come outside and see something like this and it's like, 'Damn, another one?'" said neighbor David Rodriguez.

"I heard it, but I ain't get up. I was like, 'I'm not going outside when I hear gunshots.' You know bullets ain't got no name on 'em. You don't know which direction they coming from. I come out here, I end up be the one getting shot, you know what I mean? 'Cause it's got a lot of dark waves, especially at night, it's real dark you can't see nothing," said neighbor Terrell Jones.

Until well into the afternoon, police were taking pictures, interviewing neighbors, and studying evidence, both in and around the home. The shooting is causing mixed feelings from people who live nearby.

"This block is really quiet, you got a Neighborhood Watch out here, you know what I mean? But that time in the morning, ain't nobody going to see nothing if they sleep. I be up 'cause I like playing my video game all night. That's why i kind of heard it, I was like, 'I'm not going out there.' Then my friend was like, 'That's fireworks.' I'm like, 'No, that's not fireworks.' Like, I'm from Newark, New Jersey. i know what gunshots sound like.' You know what I mean? It's kind of crazy," Jones said.

"Glad that it happened at that time in the morning when there wasn't no kids out here or nobody else got hurt. There's a lot of older people on that side of the block they be walking their dog and stuff like that."

Wilkes-Barre police say there does not appear to be any danger to the general public.